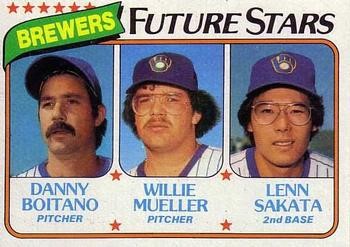 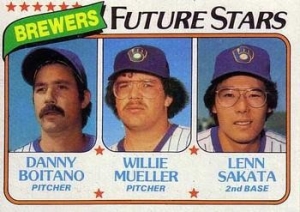 Some baseball fans of the 1970s and ’80s might say that pitcher Dan Boitano never unlocked his full potential. A three-time first-round draft pick,1 Boitano appeared in just 51 games over five big-league seasons, posting a 2-2 record and a 5.68 ERA.

The members of the 1973 Elmira Pioneer-Red Sox2 would be unlikely to agree with that assessment. On August 21, 1973, needing a win to stay in pennant contention in the Class A New York-Penn League, the Elmira club instead ran into a dominant performance by Boitano. Pitching for the Auburn Phillies, Boitano hurled the league’s only no-hitter of the 1973 season,3 winning a tautly pitched game, 2-0.

Auburn—a Philadelphia Phillies farm team, as their name suggested—had dropped the previous day’s game to Elmira in embarrassing fashion, losing 13-1. They hadn’t had to endure too much of that kind of humiliation, though. Entering the August 21 game, they led the league with a 39-18 record, 4½ games in front of second-place Jamestown. Elmira was tied for fifth in an eight-team league with a record of 28-29, 11 games behind Auburn.4

Manager Harry Lloyd’s Auburn team sent three players to the big leagues, and two of them started that night—20-year-old Boitano, and 20-year-old third baseman and leadoff hitter Rick Bosetti.5 Bosetti hit a ringing .333 in 67 games with Auburn and stole a league-leading 27 bases. Other noteworthy Phillies starters included right fielder John Guarnaccia, who led the team with 7 home runs and the league with 59 RBIs, and first baseman Roly de Armas, later a coach with the Chicago White Sox and Toronto Blue Jays between 1995 and 2000.6

Dick Berardino’s Elmira team sent five players to the major leagues, and two of them started on August 21—18-year-old shortstop Ted Cox and 20-year-old catcher Bo Diaz. Berardino himself reached the major leagues as a bullpen and third-base coach with the Red Sox from 1989 through 1991.7

Elmira starting pitcher Ronnie Sims stood out as one of the New York-Penn League’s workhorse starters. A fourth-round draft pick of the Red Sox in June 1972 out of high school in South Carolina, Sims tied for second in the league with nine wins and led the loop with 17 starts and 115 innings pitched.8 He also led the league in walks, with 87, and strikeouts, with 129. The right-hander turned 19 just three days before his matchup with Boitano.9

Pitching in front of a small crowd of 442 fans, Sims got off to the faster start, retiring the first nine Auburn hitters in order.10 Boitano walked second baseman Charlie Meyers to lead off the game, and Meyers moved to second on a groundout. The next two Elmira hitters grounded out and struck out.11

After perfect innings in the second and third, Boitano walked center fielder Leo Sutten to start the fourth. Sutten stole second base, then advanced to third when Auburn catcher P.J. Carey threw wildly to second. The hard-throwing Boitano rose to the challenge, striking out third baseman Ramon McDonald, right fielder Teddie Seels, and Cox. Sutten was the only Elmira baserunner to reach third that night.12

(A discrepancy survives in news reports of this action-packed fourth inning. The Auburn and Elmira newspapers both credited Auburn catcher Carey with picking Sutten off third. The Auburn paper included a description of the play, describing Carey’s throw as “just like being shot out of a gun.” But both stories also credited Boitano with striking out McDonald, Seels, and Cox in that inning. A pickoff plus three strikeouts equals four outs. This sequence of events would be possible if one of the hitters reached on a dropped third strike, but neither story makes mention of such an unusual occurrence.)

Auburn’s offense awoke in the fourth, starting with a one-out walk to center fielder German Geigel13 and left fielder Jerry Gardner. The runners advanced to second and third on a passed ball by Diaz. Sims intentionally walked Guarnaccia to load the bases, and de Armas followed with a sacrifice fly to Sutten. Auburn claimed a 1-0 lead without benefit of a hit.14

Auburn added an insurance run in the bottom of the sixth, driven by the same players who stirred up the fourth-inning rally. Geigel collected the game’s first hit for either side, a single. He stole second base, and Gardner drove him home with another single to center field for a 2-0 Auburn lead.15

Boitano was perfect in the fifth and sixth, but Elmira generated a few rumblings on offense in the seventh and eighth. With one out in the seventh, McDonald reached base when Auburn shortstop Mark Ammons misplayed his grounder.16 He advanced no farther. In the eighth, left fielder Barry Jackson walked with one out and took second on a wild pitch. Boitano struck out first baseman Jim Watts and pinch-hitter John Roatche to end the inning.17

Roatche had pinch-hit for Sims, so 18-year-old lefty reliever Gregory Eastin worked the bottom of the eighth for Elmira. He gave up a single, the game’s fourth and final hit, but allowed no runs. One news account reported, “There was no hard-hit ball all night.”18 It was one of only 20 career appearances for Eastin, all with Elmira in 1973 and ’74. He went 1-4 with a 5.18 ERA for his career.

Boitano set down the top of the Elmira order—Meyers, Sutten, and McDonald—in the ninth inning to seal his no-hitter. Game accounts do not describe the final three outs in detail, but mention that Boitano was mobbed by teammates after wrapping up the game in 1 hour and 52 minutes. Boitano was “in complete control,” throwing only 103 pitches as he walked three and struck out 12.19 Sims took the loss, giving up three hits and two runs over seven innings, walking four and striking out eight.

Auburn finished the season in first place with a 46-23 record, while Elmira finished sixth at 32-37. Bosetti was the game’s first participant to reach the big leagues, in September 1976, with Cox and Diaz following a year later. Boitano’s journey was more complicated. After a poor year as a starter at Class A in 1974, he bounced back and forth between starting and relief duties for a few seasons. He finally reached the Phillies as a reliever, debuting in the team’s last regular-season game of 1978. He subsequently pitched for the Brewers, the Mets, and the Rangers, all in relief, and appeared in his final major-league game four years to the day after his first.

Image of 1980 Topps card #668 downloaded from the Trading Card Database.

The author thanks Fultonhistory.com for making some of the cited newspapers available online.

5 At Auburn in 1973, Bosetti appeared almost entirely at third base, except for one game at second base. In seven major-league seasons, he played strictly as an outfielder.

6 The third Auburn Phillie who made the major leagues, but did not appear in this game, was pitcher Randy Lerch.

7 Other Elmira players who reached the majors were Luis Aponte, Rick Jones, and Allen Ripley.

13 In the Elmira newspaper story he is “German Ahil,” perhaps a phonetic spelling of his name. Baseball-Reference lists him as German Geigel, and the newspaper story from the Phillies’ home city of Auburn uses that spelling as well.