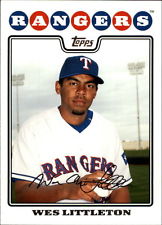 It began as a game of no import whatever, the first of a doubleheader, between a pair of teams playing out the string in the dog days of late summer. The Texas Rangers, 54-70, were 18 games out in the AL West, on their way to a last-place finish in their division, and the Baltimore Orioles almost the exact equivalent — 16½ games back at 58-65 and headed for second-to-last in the AL East. Nor was the cast of players all that luminous.

The brightest star on the field was the O’s shortstop, former MVP and four-time All-Star, Miguel Tejada. The Rangers also had a four-time All-Star, shortstop Michael Young, and some whispers of future World Series teams in Ian Kinsler and Nellie Cruz. But the pitching that evening was eminently forgettable. Lefty Kason Gabbard, the Texas starter, had recently been acquired in a swap with the Boston Red Sox. This was his fifth start for the Rangers, and he would be out of baseball by the middle of 2008. The Orioles starter, 26-year-old right-hander Daniel Cabrera, although the staff’s workhorse, was on his way to a seasonal 5.55 ERA and to leading the league in losses and walks.

Given the cast and teams, who could have suspected that the game would wind up in the record books? Texas scored more runs than any other team in modern baseball history, 30 of them, to Baltimore’s 3. No major-league team had scored 30 runs since Chicago set the all-time record against Louisville, winning 36-7 on June 29, 1897. In the 20th century two teams had scored 29 runs, the Boston Red Sox (1950) and the Chicago White Sox (1954). (The most the Rangers had ever tallied was 26, also against Baltimore on April 19, 1996.) The 27-run beatdown was also the largest margin of victory in the modern era.

As Ranger Marlon Byrd observed, the game was “something freaky.”1 Freaky on so many levels. First off, the Orioles had actually led 3-0 going into the fourth inning. They would score no more, but at that point it appeared that Texas, which had managed to score only 28 runs in its previous nine games and only two runs on seven hits in its last two, would be up to its usual standards. And then the storm began. The Rangers scored five runs, the big blow a three-run homer by the nine-hole hitter Ramon Vazquez, to take the lead in the fourth. After a quiet fifth, rookie catcher Jarrod Saltalamacchia opened the Texas sixth with a blast into the stands in deep left-center. That shot ushered in the first of three Orioles relievers, Brian Burres, who would not survive the inning. The Rangers would proceed to score eight more runs, four on Marlon Byrd’s grand slam. The O’s second relief pitcher, Rob Bell, surrendered the last run of the inning.

With the score 14-3 in his favor, manager Ron Washington decided to give veteran Michael Young’s sore back a break and installed utility guy Travis Metcalf at third. Metcalf had just been called up from Triple-A Oklahoma City that day. After the game an ecstatic Washington said, “When the faucet is on, you want it to stay on. You never want to cut it off.”2 Little did he realize how much his scrub infielder would keep the water gushing. Washington also decided to pull his starter after six innings’ work. And so it was that Wes Littleton, a right-hander, pitched the final three innings for Texas and had the unprecedented distinction of earning a save, his first of the season, by protecting an eventual 27-run lead.

After the changes the Rangers had yet two more monstrous innings to go, and incredibly, they would surpass the 14 runs they already had. In the eighth they scored 10 runs with Metcalf slugging the game’s second grand slam, Saltalamacchia adding a three-run dinger, and three more runs scoring on base hits. The rampaging Texans tacked on another half-dozen runs in their half of the ninth on a bases-loaded double by DH Jason Botts, a run-scoring single by David Murphy – his fifth hit of the game – and Vazquez’s second three-run homer of the game.

Among the more “freaky” aspects of the contest, consider that Texas not only scored more runs than they made outs, but they scored those 30 runs in only four innings, an occurrence that could happen only about 1.5 percent of the time or less with a team scoring that many runs, as math wizard Michael Lugo figured out. The bottom two hitters in the Texas lineup, Saltalamacchia, whose batting average went up 83 points during the game, and Vazquez drove in seven runs apiece. Together they accounted for nine runs and eight hits, half of them home runs. Texas had four hitters who had drove in four or more runs during the game (Metcalf and Byrd the other two), something that had never happened in the American League before, or since, and only three times in the National League. The Rangers also had nine players scoring two or more runs, tying a major-league record that has been accomplished several times in both leagues. Texas’s 29 hits were the most since the Milwaukee Brewers pounded out 31 in a 22-2 rout of Toronto on August 28, 1992. Their 57 at-bats tied the American League record for a nine-inning game, set in that same Milwaukee-Toronto contest.

Since the game was the first of a doubleheader, and the Rangers took the second game as well, by a score of 9-7, they set an American League record for most runs scored in a single day, 39 — three more than the previous record-holder Detroit had in a twin bill against the St. Louis Browns on August 14, 1937.

Ironically, the Orioles manager Dave Trembley had earlier that day been named the team’s manager for 2008. Asked how such a crushing loss should be handled, he replied, “You have a real short memory. You let it go.”3 That’s pretty much what he had to say … but baseball fans have long memories, and the record books won’t be letting this game go for a long while.