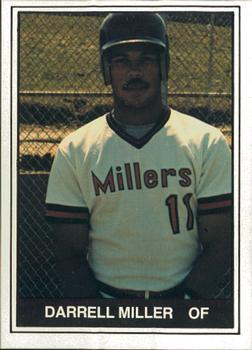 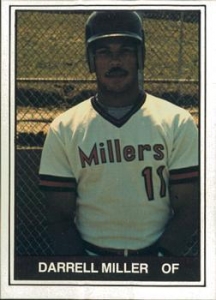 The baseball dream lasted six seasons in Holyoke, Massachusetts. But in the end, the Western Massachusetts city had to hang up its spikes and retire from the field, metaphorically speaking.

In 1977 the economically challenged former mill city on the Connecticut River welcomed its first professional baseball team since 1913, a Milwaukee Brewers farm team in the Double-A Eastern League. Elected officials viewed the team as a source of pride for their struggling community of 46,000 residents, part of a larger effort to boost the city’s fortunes.1 The team shifted its affiliation to the California Angels before the 1981 season.

By 1982 the bond between team and city was wearing thin. Two high schools used the Millers’ city-owned park, Mackenzie Stadium,2 for track meets, interfering with the team’s ability to practice there. Millers management felt city officials were not doing enough to resolve that conflict.3 Similar tensions had arisen in previous years when high-school baseball tournaments preceded Millers games, and Millers players warming up in foul ground were seen as infringing on the high-schoolers.4 Team President Ben Surner cited a general lack of communication with city leaders.5 A newspaper report from another Eastern League city noted turmoil in the Millers’ front office, saying the team had gone through three general managers that season. The story also mentioned “incompetent ownership”—a claim unaccompanied by supporting evidence.6

Amid a developing backdrop of tension, the Millers played their last game of the 1982 season at home on Tuesday, August 31, against the Reading (Pennsylvania) Phillies. By chance, the Reading team had been Holyoke’s opponent in the Millers’ inaugural game, on April 15, 1977.7 Reading won that game, 8-4—though of course that outcome was no prediction of the 1982 rematch, given the complete turnover of both teams in the ensuing years.

The Eastern League divided its season into halves, and in the second half, manager Jack Hiatt’s Millers were in third place in the four-team North Division with a record of 33-38, 14½ games behind first-place Lynn. John Felske’s Reading team occupied third place in the South Division with a record of 30-43, 12½ games behind division-leading West Haven.8 Their full-season records entering the game were 62-77 for Holyoke and 63-74 for Reading. Neither team qualified for the league playoffs.

Nine members of the 1982 Millers reached the big leagues at some point, and two appeared in Hiatt’s final starting lineup of the season.9 Darrell Miller, the league leader in triples with 10, hit second and played left field, and Jim Beswick hit third and played center field. Beswick had reached the majors as a 20-year-old with the San Diego Padres in 1978; he played five more professional seasons but never got back to the big leagues. Starting on the mound was right-hander Jay Kibbe, a 26th-round pick of the Angels in the 1979 draft out of Louisiana Tech University. Kibbe led the Millers with 12 wins, posting a 4.01 ERA in 23 games.10

Ten members of the Phillies made appearances in the major leagues, and Felske started four of them. Ed Hearn hit cleanup and played first base, John Russell hit eighth and caught, and Steve Jeltz hit ninth and played shortstop. On the mound was 20-year-old righty Roy Smith, a third-round Phillies draft pick out of high school in 1979. Smith went 10-8 with a 3.85 ERA in 26 games for Reading.11 A fifth Reading player who made the majors, Jay Baller, later pitched in relief, making his 50th and final appearance of the season for Reading. A crowd of 2,273 turned out, well above the Millers’ average attendance of about 776 fans per home game.

The teams got off to a flying start, each scoring in the first inning. In the Phillies’ half, left fielder Luis Rodriguez hit a one-out single and stole second base. The next hitter, third baseman Paul Fryer, drove him in with a single to give Reading an early 1-0 lead.12 Fryer ranked as the team’s top RBI producer that year, with 65.

Holyoke’s past and future big leaguers set the table for a rally in the bottom half. With one out, Miller doubled and Beswick drew a walk—the game’s only base on balls for either team. Designated hitter Chris Clark and first baseman Larry Patterson hit back-to-back singles to score Miller and Beswick for a 2-1 Holyoke lead.13

The Millers led the Eastern League in errors in 1982, with 217. But fielding miscues by Reading, not Holyoke, led directly to the game’s next run.14 In the fifth inning, Miller reached base on an error by Fryer. Miller then stole second, advanced to third on a wild pitch by Smith, and scored for a 3-1 lead when catcher Russell threw the ball away. Holyoke committed three errors of its own over the course of the game, but none of them led to runs.

Holyoke added a last flurry of runs in the sixth, starting with singles by Patterson and third baseman Harry Francis. The bottom of the Millers’ order cashed in: Shortstop Mark Sproesser singled in Patterson, and catcher Bob Palmer scored Francis with a fly out, bringing the score to 5-1.15 It was the final professional hit and RBI for the .189-hitting Sproesser and the final RBI for Palmer, as neither man appeared in another pro game.16

Baller replaced Smith to start the seventh and pitched two hitless innings, picking up one strikeout. Meanwhile, Kibbe kept the Phillies in his pocket, scattering six hits over the game’s final eight innings and setting a season high of 12 strikeouts. He wrapped up a complete-game win in just under two hours.

Kibbe’s 12 wins at Double A, combined with four wins at Class A Redwood, made him the winningest pitcher of the year in the Angels’ minor-league organization. Baller earned a larger prize, though: a big-league call-up to Philadelphia, where he made four appearances with the parent Phillies in the latter half of September. Reading starter Smith didn’t reach the bigs until 1984 with Cleveland, and Kibbe never made it.

Later that week, the Angels severed their relationship with the Millers after six seasons and 832 games.17 Minor-league administrator Bill Bavasi said Holyoke was too far away to provide prompt support for the Angels’ Triple-A team in Spokane, Washington.18 In retrospect, this might have been a smokescreen, as the Angels’ Double-A affiliate ended up no closer to Anaheim or Spokane. On December 14, officials in Nashua, New Hampshire, approved spending $100,000 to upgrade the city’s old Holman Stadium, former home of a Brooklyn Dodgers farm team. The news became official the following week: Nashua Mayor Maurice Arel and Millers ownership signed a lease to move the team to Nashua for the 1983 season.19

Holyoke has not hosted affiliated minor-league baseball again as of early 2021 and does not seem likely to do so, although collegiate summer teams have called the city home. Nashua, which welcomed the Millers with high hopes, went on to have much the same experience: After four seasons in the Eastern League, the team moved on, leaving the city to independent ballclubs.20

Neither Baseball-Reference nor Retrosheet provides box scores of minor-league games. The September 1, 1982, edition of the Reading (Pennsylvania) Eagle published a box score of this game.

2 It’s not definitively clear whether the proper name of the facility is Mackenzie Stadium or Mackenzie Field. A significant number of news citations can be found for both, and the city of Holyoke’s website—accessed January 23, 2021—uses both names for the city-owned facility. Mackenzie Stadium seems slightly more common, and is also the name appearing on Google Maps, so this story opts for that.

4 Dave Metcalf, “Want to Bet on a Coin Flip?” North Adams (Massachusetts) Transcript, June 8, 1978: 20. During the game described in this story, a high-school player drew applause when he hit a foul line drive into a group of Millers, forcing the pro players to scatter.

9 Team members who reached the majors but did not play in this game were Ricky Adams, Pat Keedy, Gus Polidor, Stew Cliburn, Bill Mooneyham, Ron Romanick, and Dave Smith. Not all of them would have been with the team on August 31.

10 Kibbe pitched seven professional seasons, topping out with three seasons at the Triple-A level in the Angels and Dodgers systems.

11 Reading players who reached the majors but did not play in this game were Jerry Willard, Don Carman, Kevin Gross, George Riley, and Rich Wortham. Not all of them would have been on the roster as of August 31.

14 Reading ranked fifth in the eight-team league with 184 errors.

18 Associated Press, “Angels Drop Holyoke Team,” Burlington (Vermont) Free Press, September 4, 1982: 14B. This news item, and others, reported that the Millers and Angels were affiliated for only one year. Baseball-Reference confirms that Holyoke was also an Angels affiliate in 1981.

20 The Nashua team was a Pittsburgh Pirates affiliate for the final three years of its four-season existence.