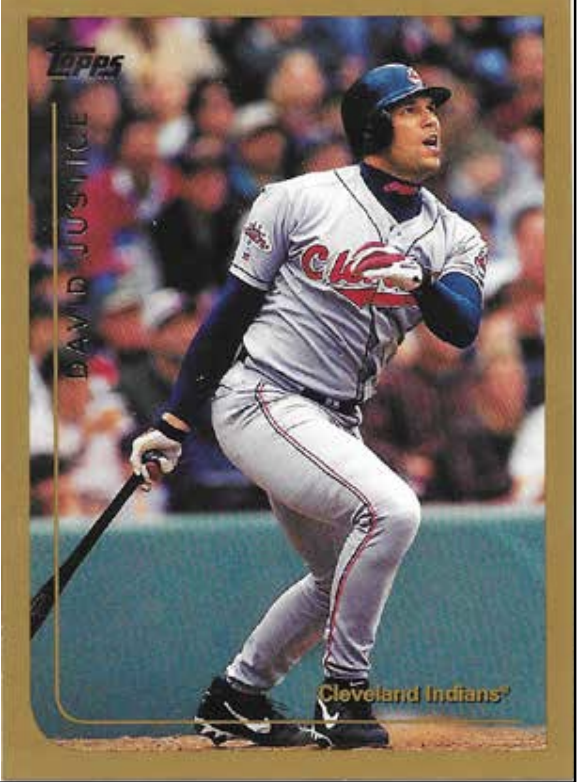 Two teams going in opposite directions met on a beautiful summer evening in Cleveland. This was the second of a four-game series. The Angels, who had playoff aspirations at the beginning of the season after acquiring Mo Vaughn in free agency in the offseason, limped into the game with a 51-79 record, riding a six-game losing streak. Manager Terry Collins was in his third season at the helm, and finished both of the first two seasons above .500. A spate of injuries starting in spring training derailed a once promising season for the Angels. The Indians, in the middle of their string of 455 consecutive sellout crowds, started the night 80-50, 19 games ahead of the second-place White Sox in the American League Central Division.

Chuck Finley, a player the Indians were trying to trade for at the trade deadline a month earlier, took the mound for Anaheim against Doc Gooden. After six innings, the Angels were ahead, 5-4. Gooden had lasted only five. Third baseman Troy Glaus was looking like a hero; he’d already hit a pair of two-run home runs, in the fourth and the sixth.

Mo Vaughn scored on Tim Salmon’s home run in the top of the seventh to push the Angels’ lead to 7-4. The eighth inning would be unforgettable for both clubs.

In the top of the eighth, right-hander Sean DePaula made his major-league debut. He’d just come up from Buffalo the day before. He was not treated kindly. He walked the first two Angels he faced, and then watched Gary Disarcina execute a sacrifice bunt. It was the only out DePaula got. Orlando Palmeiro singled to drive in both baserunners, and DePaula walked the next batter, before Indians manager Mike Hargrove pulled him in favor of Jim Poole, who allowed a single and a double before getting out of the inning on a double play. The Angels had sent nine men to the plate. Three hits and four walks later, they took the field for the bottom of the eighth inning leading 12-4. Finley’s night was done after the long inning, and it looked as if the Angels’ losing streak would be snapped.

Mark Petkovsek relieved Finley to start the inning. Hargrove sent Alex Ramirez up to pinch-hit for Manny Ramirez to start the frame. (Hargrove probably did not realize at the time that he would pinch-hit for Alex Ramirez later in the same inning, and subsequently pinch-run for that pinch-hitter.) Alex Ramirez singled up the middle. After Jim Thome doubled to put runners on second and third, Richie Sexson’s single made the score 12-6. David Justice and Enrique Wilson both singled to load the bases. Petkovsek’s night was over; he faced five batters and gave up five consecutive hits. Shigetoshi Hasegawa walked to the mound with nobody out, the bases loaded, and his team leading by six runs. Einar Diaz popped up Hasegawa’s second pitch for the first out of the inning. Dave Roberts popped out to second base on the next pitch. Omar Vizquel singled in a run, and Hasegawa’s night was over. Troy Percival came in to close out the inning with two outs and the bases still loaded. At this point the Angels were ahead 12-7.

Roberto Alomar sent Percival’s first pitch to him into right field for a two-run single, Vizquel moving from first to third. It was 12-9. Hargrove called on Harold Baines to pinch-hit for Alex Ramirez, the man who started the inning. Alomar stole second on the first pitch to Baines. With an 0-and-2 count, Baines singled to right, scoring Vizquel and Alomar. The score was now 12-11 with Jim Thome coming to bat. Percival walked Thome, and Carlos Baerga ran for Baines at second base. It was Richie Sexson’s turn in the order again. With an 0-and-2 count, Percival threw a wild pitch; Baerga advanced to third base and Thome to second. Percival’s next pitch was rocketed over the wall to deep left-center and the comeback/collapse was complete. The score was Indians 14, Angels 12. Sexson had five RBIs in the inning. Percival was one strike away from getting out of the jam twice but on this night he could not get that third strike.

Percival took offense at Sexson’s showboating and the over-the-top way his teammates celebrated with him at the plate. “It looked like Game 7 of the World Series,” he griped. “I’m not going to be their whipping boy. … I’m going to move their feet away from the plate.”1

David Justice stepped into the batter’s box and was hit in the ribs by Percival’s second pitch, a 95-MPH fastball. Justice charged the mound and threw his batting helmet at Percival. “I have never charged the mound,” said Justice later. “I have never been a player like that. You’re not going to punk me, though. … I didn’t see us throwing at Glaus after he hit his two home runs.”2

Percival, Justice, and manager Collins were thrown out of the game by home-plate umpire Eric Cooper.3 When play resumed, pitcher Charles Nagy ran for Justice. Enrique Wilson grounded out to end the inning. In the top of the ninth, after Paul Shuey struck out two batters, the Angels got back-to-back singles from Jim Edmonds and Orlando Palmeiro to bring the go-ahead run to the plate. But Todd Greene’s groundout to third ended the game.

The win went to left-handed reliever Jim Poole, who had been recalled from the Akron Aeros earlier in the day. He faced four batters, retiring two while seeing three runs score, but he was in the right place at the right time. The ejected Percival was charged with both a blown save and the loss. His career record against Cleveland became 0-6 with an 8.41 ERA.

The win put the Indians at 81-50, tied with the New York Yankees for the best record in the league.

The Associated Press noted that the Indians’ win was the third time in 1999 that the team had overcome an eight-run deficit.5 The two previous games had been on May 7, a 20-11 win over Tampa Bay, and the first game of a July 3 doubleheader, a 9-8 win over Kansas City, both at Jacobs Field. They were the first major-league team to rally three times in one season from being down eight runs.6

The Angels lost the last two games of the series on Wednesday and Thursday. Angels manager Collins resigned on Friday with the team at 51-82, the worst record in baseball. Joe Maddon became the interim manager and the team snapped its losing streak with a home win against the Yankees. The Angels finished the season 19-10 under Maddon’s leadership. In the offseason, new Angels general manager Bill Stoneman hired Mike Scioscia as the team’s manager for the 2000 season. Scioscia led the Angels to their first World Series title in 2002.

In addition to the sources cited in the Notes, the author consulted Baseball-Reference.com and Retroheet.org. Thanks to Joe Wancho for supplying the Cleveland Plain Dealer.

3 Percival took note that a number of his teammates had not come out to defend him. See Rosenberg.