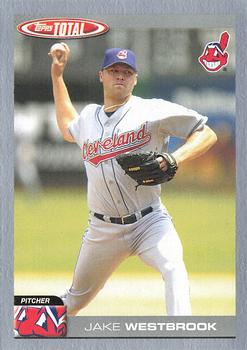 The Cleveland Indians were still reeling from a wretched nine-game losing streak from August 15 to 24 when they traveled to New York City for a three-game series with the Yankees starting on August 31, 2004. On August 14 Cleveland defeated the Minnesota Twins 7-1 for their sixth consecutive victory, and pulled within a single game of the AL Central Division-leading Twins.

Minnesota had led the division since July 25, but lost eight of their previous 10 contests.1 With the teams vying for the division lead during their August 15 matchup, Minnesota’s Corey Koskie delivered a 10th-inning two-run homer after Cleveland stranded two runners in scoring position in the ninth inning. Although Minnesota slowed the Indians, the Tribe’s All-Star second baseman Ronnie Belliard commented, “(The Twins) know they’ve got to prepare for the Indians.”2

However, the game shifted both teams’ momentum, as the Twins won six of their next seven games, including a three-game sweep of the Indians. Meanwhile, Cleveland dropped from one game behind to eight games behind Minnesota after a 5-4 loss to the Yankees on August 24.

The Yankees were comfortably perched atop the AL East Division, 4½ games above the Boston Red Sox. The 2003 Yankees won the AL pennant but lost the World Series to the Florida Marlins. New York reached the playoffs nine straight years, winning the AL East title six years running. The powerhouse outfit included several All-Stars, among them third baseman Alex Rodríguez, outfielder Hideki Matsui, and shortstop Derek Jeter; Javier Vázquez led the pitching staff in innings pitched and strikeouts, and Mariano Rivera anchored the bullpen. After New York won a dramatic 2003 AL Championship Series over Boston, the baseball world was still revolving around the Yankees-Red Sox rivalry.5 After a mediocre April 2004, the Yankees had held first place since June 1. However, the surging Red Sox were only 4½ games back, after New York built a 10½-game lead on August 15. The starting rotation struggled during the final two weeks in August, compiling a 1-6 record and a 5.82 ERA, with stalwart veterans Mike Mussina and Kevin Brown both missing several weeks nursing injuries.6 The last time the Yankees held an opponent to three or fewer runs was on August 13.

Westbrook started for Cleveland on the 31st; his last start was against the Yankees six days earlier in Cleveland on August 25. In that game he pitched six-plus quality innings and allowed three runs, only one earned, but received no decision as the Indians scored two eighth-inning runs to end the aforementioned nine-game losing streak. The Indians benefited from the “Rally Squirrel,” who interrupted the ballgame several times, and served as an apparent good luck charm.7 Entering the matchup, Westbrook was 11-6 with a 3.56 ERA in 166⅔ innings, and had already achieved career highs for games started (23), wins, innings, and strikeouts (89). He received his only career All-Star nod in July when he substituted as an injury replacement.8 Originally selected by the Colorado Rockies in the first round of the June 1996 amateur draft, Westbrook arrived in Cleveland via a trade with the Yankees in July 2000 after he debuted with New York on June 17.9

The 27-year-old veteran Vazquez started for the Yankees. Vazquez spent his first six major-league seasons with the Montreal Expos, arriving in New York in December 2003 when the Yankees traded Nick Johnson, Juan Rivera, and Randy Choate to Montreal for him.10 Vazquez compiled a 13-12 record and 3.24 ERA in 230⅔ innings pitched the previous season, finishing sixth among NL pitchers with 6.1 Wins Above Replacement and third with 241 strikeouts. Regarding the trade, one sportswriter commented that “the Yankees got the best available starting pitcher when they fleeced the Expos and acquired Javier Vazquez.”11 Like Westbrook, Vazquez’s lone All-Star selection came in 2004 and as an injury replacement.12 Entering this game, he was 13-7 with a 4.32 ERA in 163⅔ innings.

With Yankees owner George Steinbrenner attending the game, Cleveland leadoff hitter Coco Crisp flied out to center field. Vizquel singled for the Indians’ first hit, and reached second on Matt Lawton’s fielder’s choice. Martinez walked to load the bases, and Vazquez faced his first jam. Hafner powered a triple into center field, clearing the bases and giving Cleveland the lead they didn’t relinquish. A strikeout and pop fly ended the inning. Cleveland had presented Westbrook a 3-0 lead; he promptly retired the Yankees in order on 12 pitches.

Vazquez encountered trouble again in the second inning as Belliard doubled and Jody Gerut walked. Vazquez now faced Cleveland’s top of the order again. Belliard moved to third base on Crisp’s deep fly out. Consecutive singles by Vizquel and Lawton, scoring Belliard and Gerut respectively, ended Vazquez’s miserable start. Reliever Tanyon Sturtze didn’t fare much better, as Vizquel scored on Martinez’s sacrifice fly. Hafner grounded out, and Vazquez was charged with six earned runs in 1⅓ innings, matching the shortest start of his career (his third career start, back in 1998).13 The Yankees managed two fly outs and a strikeout as the Indians led 6-0 after two frames.

Sturtze struggled with his control, walking Blake and Ben Broussard to start the third inning. Belliard and Gerut flied out and Sturtze appeared to finally decelerate Cleveland’s offense. Crisp batted for the third time and singled Blake home; Vizquel doubled, scoring Broussard and Crisp. An infield groundout ended another three-run Cleveland inning. The ball didn’t reach the outfield during the Yankees’ half as Westbrook further quieted their bats on a strikeout looking and two groundouts. Westbrook and the Indians were now cruising 9-0.

The Indians offense paused briefly in the fourth inning, as Sturtze finally prevented any Cleveland runs, though two deep fly balls might have left Yankee Stadium with stronger winds. During the Yankees’ half, Gary Sheffield doubled to give New York their first hit but he advanced no further.

Broussard laced a ground-rule double to start the fifth inning and scored when Belliard doubled. Two batters later, Crisp blasted his 13th homer – the first clout that evening – adding two more runs to Cleveland’s impressive tally. After Vizquel singled, C.J. Nitkowski replaced Sturtze. Although Nitkowski retired his first batter, the Indians displayed no mercy; following the fly out, Martinez walked and Hafner singled to load the bases. Blake walked to bring home Vizquel and Broussard singled, plating Martinez and Hafner. Belliard struck out to prevent further damage; the lopsided score was now 15-0. In the bottom half, New York managed to place two runners on base, though neither reached third base.

Gerut walked to lead off the Indians sixth, but was forced at second on Crisp’s groundball. Crisp moved to second on a wild pitch, then scored on Vizquel’s double. Nitkowski limited additional runs by setting down the next two hitters. The next two innings were scoreless, though the Yankees managed two seventh-inning hits while Rodriguez reached third base. In the eighth Jeremy Guthrie replaced Westbrook after seven shutout innings of five-hit ball.

Yankees reliever Esteban Loaiza entered his third inning as the only New York pitcher allowing no runs. After leadoff hitter John McDonald grounded out, Josh Phelps and Belliard singled. With one out, number-nine hitter Gerut added salt to New York’s wounds when he launched a three-run blast. Loaiza walked Crip on five pitches, but earned a moral victory when Vizquel flied out, the only out he generated that evening in seven plate appearances. Ludwick singled to place runners at the corners. With two outs, Martinez clouted his 21st home run into the night sky as the Indians crossed the 20-run threshold. The Yankees were relieved of their miserable three hours following their quiet ninth inning.

The 22-0 shellacking was the largest loss in New York’s celebrated 100-plus-year history. The rout also matched the largest shutout in the major leagues since 1900, tying the Pittsburgh Pirates’ rout of the Chicago Cubs on September 16, 1975.14 After the game, Yankees catcher Jorge Posada commented, “It’s obviously embarrassing.”15 The Indians finished with 22 hits while Westbrook and Guthrie combined on a five-hitter. Vizquel’s six hits in a nine-inning game tied the AL record. Cleveland’s 22 runs represented the AL record for most runs scored in a shutout game and contributed to their team record for the most consecutive unanswered runs (35), achieved from August 28 to September 1.16

3 Sabathia had been named to the American League All-Star squad in 2003 but did not appear in that year’s game.