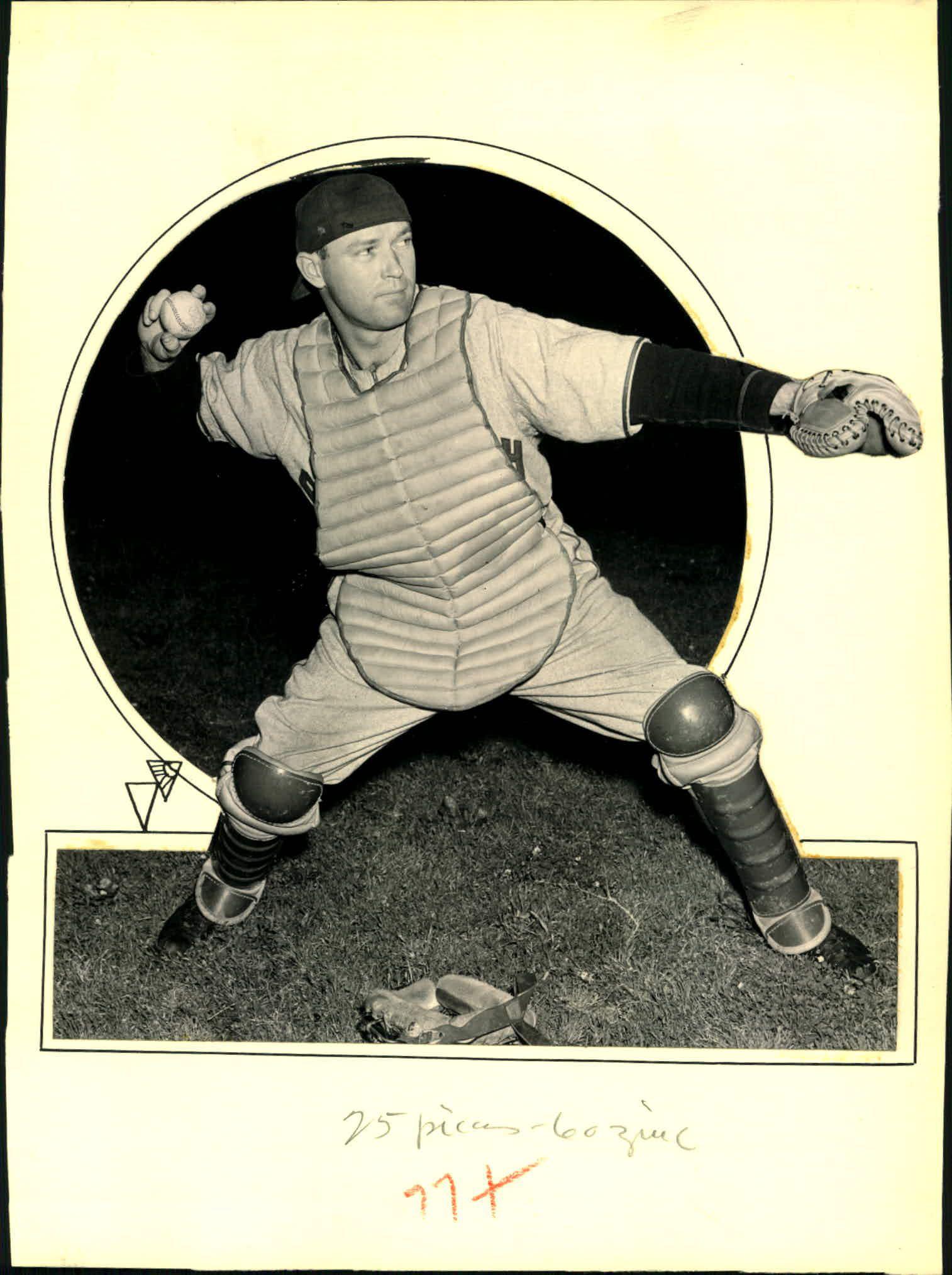 On August 4, 1945, Pittsburgh Pirates rookie Bill Salkeld “joined an exclusive club as just the seventh catcher to hit for the cycle.”1 He also set a few records. Pittsburgh was hosting the St. Louis Cardinals in the second game of a four-game series matching the top two National League teams from the 1944 season. In 1945, however, the Cardinals were in second place, five and a half games behind league-leading Chicago, and Pittsburgh was mired in fifth, 12½ games back.2

Only 5,280 fans showed up on a Saturday afternoon at Forbes Field. For the Pirates, Nick Strincevich took the mound, opposed by the Cardinals’ Blix Donnelly. Strincevich had lost three of his last four decisions, and his ERA had climbed to 3.12. After pitching three consecutive complete games in July, Donnelly had retired just five batters in his previous outing. In this game, he would not last even that long.

After the All-Star break Salkeld was holding down the eighth position in the Pirates’ batting order, and in his previous eight games, he had gone 4-for-26 (.154). However, at the end of July, Pittsburgh manager Frankie Frisch moved the freshman catcher3 up to the sixth spot in the lineup, and for this series against St. Louis, he batted fifth.

In the bottom of the first, Jim Russell knocked a two-out single and Frank Colman walked. Then, according to a Pittsburgh scribe covering the game, “Salkeld gave notice of what the Redbirds could expect from him the rest of the afternoon when he strode to the plate and poled a homer over the right field screen.”4 This was his ninth round-tripper of the season and eighth at home at Forbes Field. After the home run, the Pirates loaded the bases on a double and two walks, but they failed to add to their lead.

In the second, Pittsburgh’s Al Gionfriddo doubled with one out and Cardinals skipper Billy Southworth had seen enough. He brought in Bud Byerly to relieve Donnelly. Byerly retired the next two batters to end the inning, and then pitched another five strong innings to keep St. Louis in the game. Salkeld opened the third inning with a single, but the Pirates wasted the opportunity. In the fifth he doubled with one out, but again his teammates could not produce a run.

The Pirates’ Strincevich was pitching well into the sixth inning. He had faced the minimum 12 batters through four frames. (He yielded a fourth-inning double to Augie Bergamo, but a line-drive double play erased the Cardinals runner.) Two men reached in the fifth, but none scored. In the top of the sixth the Cardinals finally broke through. Consecutive singles by Bergamo, Debs Garms, and Johnny Hopp put a run in the St. Louis column. Buster Adams drew a walk to load the bases, but Strincevich was able to get Ray Sanders to hit into a double play, second to short to first. The Pittsburgh right-hander escaped the inning allowing only one run.

In the home half of the seventh, Gionfriddo walked and stole second base. Jim Russell also drew a walk and Frank Colman popped out to second, bringing the hot Salkeld to the dish. He smoked a triple “to score both mates, but was left stranded at the hot corner.”5 Salkeld had driven in all of Pittsburgh’s runs. This was the rookie’s only triple of the season.

With seven innings under his belt, Strincevich and the Pirates now had a 5-1 lead. In the eighth, however, the first four Cardinals reached against him. Art Rebel pinch-hit for pitcher Byerly and drew a walk. Rebel was a rookie, called up from the Columbus farm team only two weeks before.6Bergamo singled to right, and Garms worked a free pass to load the bases. Red Schoendienst batted for Hopp, and he delivered a two-run single.

With two on and no outs, “Southpaw Al Gerheauser was called in to cool off the suddenly lively Cardinals.”7 He couldn’t get it done. Singles by Buster Adams and Del Rice knocked in two more Cardinals runs, and the score was tied, 5-5. St. Louis had batted around in the eighth. All of the St. Louis runs were charged to Strincevich. Pittsburgh put two on in the eighth against Harry Brecheen, the Cardinals third hurler of the game, but the Pirates could not score.

Rebel again led the St. Louis attack in the ninth inning. He singled to left to lead off and was sacrificed to second by Bergamo. Garms followed with “an easy grounder to second base that took a bad hop over [Pete] Coscarart’s head”8 and rolled into short center, allowing Rebel to score the go-ahead run.

The Pirates had several opportunities to gain the victory, but they left 12 men on base, stranding five (two at third base) in the final three innings alone. In the bottom of the ninth, Salkeld singled with one out, his fifth hit of the game. Frisch sent Johnny Barrett in to run for him. Bob Elliott flied out for the second out, but then Frankie Gustine doubled to left. Barrett advanced to third but was not waved home. With two outs, Coscarart lifted a fly ball deep down the left field line but Bergamo hauled it in for the game’s final out. The Cardinals had ruined the “one-man rebellion by Bill Salkeld”9 with their late-inning victory.

The win brought St. Louis to within five games of league-leading Chicago. Bergamo and Garms combined for five hits and three runs scored. Rebel was 1-for-1 with a walk and two critical runs scored.

Salkeld’s 5-RBI game was clearly “the finest offensive performance of his career,”10 but his effort was in vain. Wrote the Pittsburgh Press, “[T]he rookie catcher did everything but cut the grass and sweep up after the crowd had gone. …”11

As of 2016, Salkeld shares the major-league record for the fewest triples (two) in a career by a player who has hit for the cycle.12 He hit his other triple in 1948 while playing with the Boston Braves.13 There was another odd achievement for Salkeld in the Cardinals game: He caught nine innings without making a single putout or assist. Neither Strincevich nor Gerheauser struck out a Cardinals batter, there were no baserunning plays at the plate, and Salkeld did not field any balls put into play.

Bill Salkeld’s grandson, Roger Salkeld, also played in the major leagues. He was a pitcher for the Seattle Mariners in 1993 and 1994 and for the Cincinnati Reds in 1996.

3Salkeld appeared in 95 games as a catcher or pinch-hitter in his rookie season, splitting time with veteran Al Lopez. Salkeld batted almost 100 points higher (.311) than the senior backstop (.218), who appeared in 91 games.

6 Art Rebel played in seven games for the 1938 Philadelphia Phillies, making 10 plate appearances. (He was released in May.) He made it back to the majors in 1945, playing 26 games for St. Louis as a right fielder and batting .347.