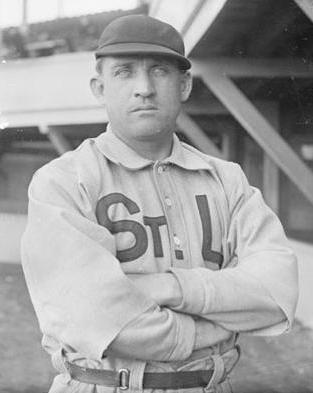 The second-place St. Louis Cardinals arrived in Pittsburgh for a three-game series, August 5-7, 1901, against the first-place Pirates. At the beginning of the season, few thought that the Cardinals had any chance to contend. The team finished in fifth place in 1900 and then lost Cy Young and John McGraw to the American League. Yet on August 4, 1901, the Cardinals were only 2½ games out of first place. The team was led by playing manager Patsy Donovan and his right-hand man, outfielder Jesse Burkett.1

Burkett was one of the National League’s leading hitters and one of the league’s leading agitators. The Pirates despised him. During the previous Pirates-Cardinals series, July 26-29, Burkett “assaulted” Pirates rookie first baseman Kitty Bransfield and viciously spiked catcher Chief Zimmer, putting Zimmer out of action for weeks.2 “We have the terrible Pirates well tamed, so that they will eat out of our hands,” said Burkett.3 The Brooklyn Daily Eagle said Burkett “is a good ball player in everything but behavior.”4 The St. Louis Republic defended him: “Bleacherites of other cities pick him out as the soul of meanness, just because he is loyal enough to devote every iota of his energies to winning a game.”5

Honus Wagner, the Pirates’ brilliant outfielder, became the team’s shortstop on July 27, after the Pirates released 38-year-old shortstop  Fred “Bones” Ely.6 Wagner made only one error in his first 37 chances at his new position, and manager Fred Clarke was already calling him “the best shortstop in the country.”7 Wagner did not look like other shortstops. Pirates third baseman Tommy Leach described him: “He had those huge shoulders and those bowed legs, and he didn’t seem to field balls the way we did. He just ate the ball up with his big hands, like a scoop shovel, and when he threw it to first base you’d see pebbles and dirt and everything else flying over there along with the ball.”8

On July 29 the Pirates’ Jack Chesbro fired a three-hit shutout against the Cardinals in St. Louis, while the Pirates pounded Cardinals pitcher Jack Powell for eight runs and 15 hits.9 The game of August 5 in Pittsburgh was a rematch of these starting pitchers, before a crowd of 4,900 at Exposition Park.10 It would be a rough day for Wagner, Chesbro, and the Pirates.

Burkett led off the game with “a terrific liner” that nearly “tore the hands off Wagner” at short. Wagner “jumped high” and got his glove on it, “but it was too hot to hold.”11 Three batters later, Dan McGann’s grounder took a crazy bounce over Wagner’s head.12 The Cardinals scored twice, but the Pirates responded with four runs in the bottom of the first inning. The first five men in the batting order rapped hits off Powell.13

The Cardinals added a run in the second inning when Wagner misplayed an easy grounder; he was “too anxious to complete a double play.”14 He made amends in the third inning when he doubled, stole third base, and scored on Bransfield’s sacrifice fly. Burkett made a spectacular catch of the drive to deep left field.15  In the fourth inning, he made another “splendid catch … when he gathered in Chesbro’s long fly.”16 The Cardinals scored a run in the sixth, and the Pirates led 5-4 after six innings.

Burkett knew that Bones Ely was immensely popular with the Pittsburgh fans, and that they would not tolerate many errors by Wagner at short. When Powell batted in the seventh inning, Burkett shouted to him to “hit it down to short and hear the crowd yell for Ely.”17 When Burkett came to bat, he grounded the ball to Wagner and reached safely when Wagner’s throw to first was in the dirt. Seeing the ball on the ground, Burkett kicked it into the outfield and headed for second base, but an umpire saw what he did and called him out.18 The Cardinals scored three runs in the inning to take a 7-5 lead.

The eighth inning was a disaster for the Pirates. The Cardinals had a man on first base with one out when Burkett and Dick Padden singled to load the bases. Next up was Emmet Heidrick, whose .386 batting average led the league.19 Heidrick smashed a double to center field to drive in three runs. McGann followed with a single to left field, sending Heidrick to third base. Manager Clarke replaced Chesbro with southpaw Ed Doheny. Donovan greeted Doheny with a single past Leach at third base, scoring Heidrick. Incredibly, the next four St. Louis batters reached base on errors by Wagner, Bransfield, Doheny, and Claude Ritchey. Burkett then singled up the middle, driving in two runs; Padden beat out a slow roller to Wagner for an infield hit; and Heidrick singled to center field, driving in two more runs. Eleven runs were scored in the inning, and when the Cardinals were finally retired, the Pittsburgh fans emitted a sarcastic cheer.20

The Pirates scored once in the bottom of the eighth, and the Cardinals piled on two more runs in the ninth. The final score was St. Louis 20, Pittsburgh 6. The Cardinals collected 21 hits and made one error, while the Pirates tallied 13 hits and committed seven errors, including three by Wagner.21 The St. Louis Republic gloated:

“Jess Burkett was the red, ripe peach of them all. Jesse robbed the locals of two good hits by smothering flies that fell in the shadow of the bleachers. He also chased himself over the plate four times and would have done so several more times, but there was no necessity for the exertion.”22

Manager Donovan said of the Cardinals’ 11-run outburst in the eighth inning:

“It became almost grand larceny, and we were really afraid we should be arrested by the big-nosed policeman on guard at the clubhouse gate. … Clarke had not a word to say, and the noisy rooters in the grandstands forgot to yell ‘Spikes’ at Burkett, as they did early in the game.”23

Depending on whom you were rooting for, Burkett was either a hero or a villain.

8 Lawrence S. Ritter, The Glory of Their Times: The Story of the Early Days of Baseball Told by the Men Who Played It (New York: Vintage Books, 1985).