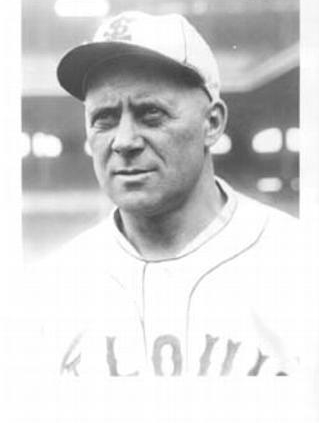 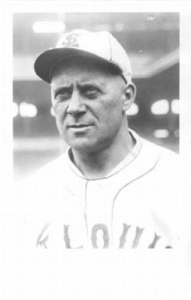 After three seasons as a Cleveland Indians coach, former big-league catcher Wally Schang was looking for a challenge. It had been almost eight years since his last major-league game, and he was itching to get back into active duty.1 The 49-year-old Schang made an unorthodox move. He signed on to become the player-manager of the 1939 Ottawa Senators in the Class C Canadian-American League.2

A high-profile former major leaguer like Schang was the perfect hire for the Senators. Ottawa’s new general manager, Vic Wagner, had been looking to reinvigorate the franchise,3 which had been one of the league’s founding members in 1936. After a successful inaugural season, the team finished dead last in 1937 and ’38.4 “[International League President] Frank Shaughnessy told me that this used to be a fine ball town,” said Schang shortly after taking the Ottawa job.5 “There doesn’t seem to be any reason why we can’t make it a fine ball town again.”6

Schang had a stellar résumé, which included an illustrious 19-year career in the major leagues.7 He played on six pennant-winning teams and three World Series champions: the 1913 Philadelphia Athletics, 1918 Boston Red Sox, and 1923 New York Yankees. When the inaugural class of the Baseball Hall of Fame was announced in February 1936, Schang had accumulated 47.9 Baseball-Reference Wins Above Replacement (bWAR), the highest such figure for any catcher up to that point in big-league history.8 Although he has never received any significant support from Hall of Fame voters, his Cooperstown credentials compare very favorably to those of subsequently inducted catchers like Rick Ferrell, Ray Schalk, and Ernie Lombardi.9

The Senators, under Schang’s leadership, played much better baseball in 1939 than they had in the previous two seasons. On the morning of July 4, Ottawa sported a 29-28 record, good enough for a tie with the Ogdensburg Colts for the final playoff spot.

That same day, Schang was at Yankee Stadium at the invitation of Yankees GM Ed Barrow for Lou Gehrig Appreciation Day.10 Schang and Gehrig had been teammates during the Iron Horse’s rookie season in 1925. That was Gehrig’s first full-time season; he had appeared briefly for New York in 1923 and 1924. Coincidentally, on the day Wally Pipp was replaced by Gehrig at first base, Schang lost his starting catcher job to Benny Bengough.11

Schang briefly returned to the Senators before traveling to Cooperstown to represent the Canadian-American League in an all-star game on July 9 organized by the National Association of Professional Baseball Leagues.12 The game was intended to celebrate baseball’s 100th anniversary and feature a representative from each of the 41 minor leagues.13 Schang helped coach the “Cartwrights,” who lost to the “Doubledays,” 9-6.14 He also caught in the game and went hitless in one at-bat.

Schang’s workload behind the plate increased significantly in July. The Senators’ first-string catcher, Fran Ettinger, suffered a serious hand injury early in the month,15 and when it didn’t respond to treatment, the team physician advised him to sit out the rest of the season.16 Utility player John Kalafut took over most of the catching duties from July 19 to 26,17 but he had to fill in at other positions after slugger Bill Powley jumped his contract and the team suffered additional injuries.18

Despite having a sore right leg, Schang caught all six Senators games between July 27 and August 3, including both ends of an August 2 twin bill.19 Mercifully, the graybeard backstop finally got some relief on August 4 when 21-year-old catcher Jack Drohan, a semipro player from New York City, arrived in town.20

After a well-earned three-day break from catching, Ottawa’s sprightly player-manager was back behind the plate for the first game of the August 7 doubleheader against third-place Ogdensburg.21 The injuries and the Powley defection had taken its toll on the Senators, now in sixth place with a 44-50 record.22

Schang sent his ace, Gene “Lefty” Davis, to the hill in the first game. Davis, a 20-game winner for Texarkana of the Class C East Texas League in 1938, sported a tidy 12-3 record with the Senators. The Colts countered with 21-year-old hurler Bill Hurley.

Ottawa second baseman Jim Whaley led off the bottom of the first with a single to right field. After a throwing error by Ogdensburg catcher Joe Presby allowed Whaley to advance to second base, Eugene “Ike” Eichenberger doubled to center field to score Whaley with the game’s first run. An RBI single by Art Tourangeau and a run-scoring double by Ted Klonowski—both with two out—put Ottawa in front, 3-0.23

Neither team was able to score until the bottom of the sixth inning when Schang came to bat with one out and nobody on base. On a 2-and-2 count, the Ottawa player-manager slammed a pitch from Hurley well over the right-field fence near the 330-feet sign.24 After rounding the bases to a standing ovation, Schang was greeted by the entire Senators team at home plate.

“The old eyes aren’t what they used to be,” admitted Schang, who was two weeks from his 50th birthday. “But I certainly hit that one, didn’t I? Until this afternoon I was beginning to think I was just plumb through with four-baggers.”25 It was his first home run since his previous stint as a player-manager in 1935 with the Muskogee (Oklahoma) Tigers of the Class C Western Association.

Davis kept Ogdensburg off the scoresheet in the top of the seventh to preserve a 4-0 Ottawa victory. He finished with a three-hit shutout in the seven-inning game, and Jack Koffman of the Ottawa Citizen felt that Davis was capable of “wielding the calsomine brush for many more innings, if necessary.”26

Schang turned the catching duties over to Drohan for the second game of the doubleheader. Unfortunately, the young backstop injured his elbow in the fifth inning and Schang was forced to don the catcher’s gear once more.27 The game was eventually called because of darkness after seven innings with Ogdensburg ahead, 3-1.28

In addition to his home run, Schang chipped in with a single in each game to go 3-for-4 in the twin bill. After the second game, his teammates gave him an enthusiastic round of applause in the dressing room.29

The Senators struggled through the final month of the season, finishing in sixth place with a 55-69 record (.444). Despite a slew of injuries, Ottawa still managed to significantly improve upon its dismal 38-83 record (.314) the season before and Schang deserved much of the credit. In addition to his managerial contributions, he also hit .327 in 98 at-bats.

Schang was expected to return to Ottawa for the 1940 season, but plans changed suddenly in the fall of 1939. Canada declared war on Germany on September 10, nine days after the Nazis invaded Poland to trigger the start of World War II.30 In December the Senators announced that they would likely be playing most of their home games in the United States until the hostilities ended.31 Given the uncertainty surrounding the club’s future, Schang was permitted to seek employment elsewhere.32

The team operated as the Ottawa-Ogdensburg Senators in 1940, with roughly half of its home games played in each city.33 Poor attendance in Ogdensburg forced the Senators to switch several home games to Ottawa at the end of the season.34 While the team may have struggled financially, it performed well on the field for new player-manager Cy Morgan. The Senators cruised to a first-place finish in the regular season, giving Ottawa its first professional baseball title since 1915.35

With Lansdowne Park slated to be used as drill grounds for Canadian army recruits in 1941, the team was left with nowhere to play.36 For the second time in 25 years, professional baseball in Canada’s capital was put on hiatus by a world war.37 It did not return until 1947, when the Ottawa Nationals joined the Class C Border League.

Schang came back to Canada in 1940 as the player-manager of the Trois-Rivières Renards (Three Rivers Foxes) in the Class B (Québec) Provincial League. The quinquagenarian saw much less playing time than he did with Ottawa, but he still managed to go 4-for-14 at the plate and appear in at least six games at catcher and one in left field.38

After spending the 1941 season as a coach with the St. Paul Saints in the American Association,39 Schang returned to the player-manager role in ’42 and ’43 before wrapping up his baseball career as the manager of the Marion (Ohio) Cardinals in the Class D Ohio State League in 1945 and ’46.

Schang was selected to coach in the Ohio State League All-Star Game in 1946. Not surprisingly, the 56-year-old couldn’t resist taking part in the action. With Schang’s squad getting pummeled 14-6, he got behind the plate and caught the bottom of the eighth.40 It was one of only two innings in which the opposition failed to score that night.

Thanks to SABR member Christian Trudeau for providing information on Wally Schang’s 1940 season in the (Québec) Provincial League.

In addition to the sources cited in the Notes, the author consulted Baseball-Reference.com, The Encyclopedia of Minor League Baseball, and Retrosheet.org.

5 Shaughnessy was very familiar with the history of professional baseball in Ottawa. He was president of the original Ottawa Senators baseball team that played in the Canadian League from 1912 to 1915. The Senators were crowned champions of the Canadian League in all four seasons. Shaughnessy served as the team’s player-manager for the last three of those seasons. He also played for Ottawa in the “outlaw” Northern Independent League in 1906. Gary Belleville, “September 7, 1914: Urban Shocker seals Ottawa Senators’ third straight Canadian League title,” SABR Games Project, accessed July 28, 2021; David McDonald, “Baseball in Ottawa,” Ottawa Citizen, April 15, 2005: B-1.

7 Schang had also been a player-manager in the Class C Western Association in 1934 and 1935.

8 Among players with at least 50 percent of their games at catcher. “Player Batting Season & Career Finder,” Stathead.com, https://stathead.com/tiny/Dm7PF, accessed July 28, 2021.

9 Schang has a higher career bWAR, seven-year peak bWAR, and Jaffe WAR Score (JAWS) than Ferrell, Schalk, and Lombardi. According to MLB.com, JAWS is a system created by Jay Jaffe that evaluates a player’s worthiness for enshrinement in the National Baseball Hall of Fame by comparing him to the Hall of Famers at his position.

21 Schang played a portion of the August 5 game against the Oswego Nets in right field. He went 1-for-2 with a stolen base. Canadian Press, “Senators Beaten Twice by Oswego over Weekend,” Ottawa Journal, August 7, 1939: 11.

22 The top four teams qualified for the playoffs. Ottawa trailed the fourth-place Rome Colonels by 5½ games on the morning of August 7.

28 Koffman, “Gene Davis Shows Great Form as Senators Split with Colts.” The first game was seven innings by agreement. The second game was supposed to be nine innings in duration. The doubleheader started late because of afternoon rain, and so the teams ran out of daylight in the second game.

35 Ottawa was defeated by the Amsterdam Rugmakers in the playoff semifinals in 1940. The previous team to win a professional baseball title for the city was the 1915 Ottawa Senators. The Senators were champions of the Class B Canadian League, a circuit comprising entirely teams from the province of Ontario. The Canadian League was a member of the National Association of Professional Baseball Leagues.

36 Associated Press, “Schenectady County Village Will Have Team Next Season.”