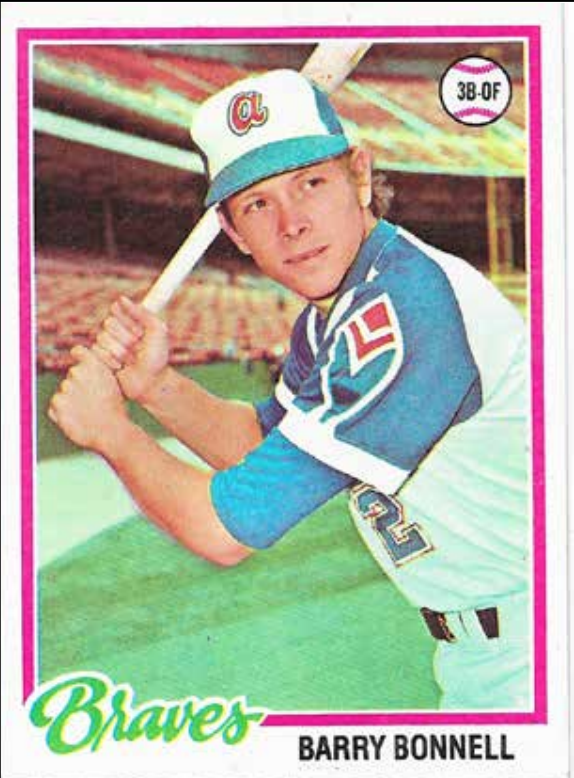 As the 1978 Los Angeles Dodgers prepared to host the Atlanta Braves in the third game of a four-game series on July 5, the Dodgers were on their way to a third National League pennant in the decade while the Braves were struggling to avoid the fate of another 100-loss season as had befallen them the previous year. Tommy John, the Dodgers’ southpaw standout, took the mound in quest of his 10th win of the season. John’s supporting cast included both speed – in the form of Davey Lopes and Bill North – and power in the persons of Reggie Smith, Ron Cey, Steve Garvey, and Dusty Baker. As for the Braves, well, their best weapons entering the game appeared to be Bob Horner and a not yet MVP-level Dale Murphy.

Baseball is filled with clichés like “That’s why they play the games” and “It’s not over till it’s over,” and even the best of teams lose, on average, one-third or more of their games. However, some losses sting more than others, and the outcome of this day’s game resulted in a classic rant by Dodgers skipper Tom Lasorda, who, “using a number of words frowned on by the Supreme Court, said: ‘It’s a (expletive) crime to lose a (expletive) game like that. A (expletive) eight-run lead. A (expletive) two-run lead with two (expletive) strikes on the hitter. (Expletive) no. I can’t ever (expletive) remember losing a game like that. I can’t ever remember a (expletive) tougher loss.’ He then grabbed a piece of baloney and said: ‘(Expletive) the diet.’”1 Although Lasorda would out-expletive himself on the topics of Dave Kingman and Kurt Bevaqua in the future, on this day his ire was directed at his team’s ninth-inning collapse against the Braves.

The game started out well enough for the Dodgers. John cruised through the Braves’ lineup for the first five innings while allowing a mere four singles. The batters who reached base in the third and fourth innings were erased on inning-ending double-plays. In the meantime, Dodgers hitters were providing what appeared to be ample run support to back up their starting pitcher.

The Dodgers’ scoring commenced in the first inning. Lopes drew a leadoff walk from Atlanta starter Adrian Devine and went to second on Bill Russell’s grounder. After Smith also worked a walk, Cey, showing no ill effects after being beaned in the previous night’s game, doubled to drive in both runners and took third base when Braves left fielder Cito Gaston threw to home to try to nail Smith; Gaston had replaced Jeff Burroughs in left after Burroughs fouled a ball off his knee while batting in the top of the inning.2 Garvey then smacked a single that plated Cey and gave LA a quick 3-0 lead. Devine, whose command was nonexistent, issued his third walk of the inning to Baker but got Joe Ferguson to ground into a double play that stopped the bleeding for the moment.

As it turned out, Devine would face only one additional batter. After he allowed a leadoff single to North in the bottom of the second, Braves manager Bobby Cox pulled him from the game due to a strained right elbow and “an inflamed ERA.”3 Eddie Solomon took the mound for Atlanta and put himself in a jam. North stole second base and advanced to third on John’s sacrifice. Solomon, exhibiting the same control as his predecessor, created double trouble by walking Lopes. Sure enough, Lopes stole second and North scored when Dale Murphy, the catcher, made an errant throw to second baseman Jerry Royster that rolled into the outfield. After this bit of excitement, Solomon retired Russell and Smith to keep the game at 4-0.

The Dodgers continued their onslaught in the bottom of the third inning. This time, Cey led off with a single and Garvey hit his 12th homer of the season, a two-RBI shot. After Baker walked, Ferguson drove him in with a double that increased the lead to 7-0. Solomon then issued his third walk of the day – and the Braves’ sixth of the night – to put runners at first and second with no outs. Cox trotted out to the mound and inserted Jamie Easterly, the third Braves hurler of the night, into the game. Easterly managed to do what his mound mates could not accomplish: He set down the three batters he faced in order.

Things calmed down considerably in the fourth and fifth innings. The Dodgers struck only one more blow in the form of Ferguson’s fifth-inning solo homer that made the score 8-0, at this point in the game a seemingly insurmountable lead. To invoke another cliché, “things aren’t always as they seem.”

John, who had been pitching efficiently, suddenly began to get knocked around in the top of the sixth inning. He walked Rod Gilbreath and Royster and Bob Beall followed with back-to-back singles to load the bases. Gary Matthews rapped the Braves’ third consecutive hit, which drove in Gilbreath for the first Atlanta run. Consecutive fielder’s-choice grounders by Gaston and Horner allowed Royster and Beall to score to make it an 8-3 game. After Murphy doubled, a hit on which Horner advanced to third, Lasorda had no choice but to remove John. Lance Rautzhan entered in relief and retired Barry Bonnell to preserve the five-run lead, which still was likely to be plenty against the Braves’ anemic offense.

And so it was. At least, that is, until the final frame. 8-3 after eight. Then, “the boos of a Dodger Stadium crowd of 39,036 came down on the Dodgers as the Braves sent 11 men to the plate” and scored six runs to take an improbable 9-8 lead that would hold up for an Atlanta victory.4

Rautzhan, who had encountered little resistance from the Braves since taking the hill, opened the ninth by inducing a fly out from Bonnell. After that, he failed to retire another batter. He surrendered four consecutive singles, to Pat Rockett, Darrell Chaney (pinch-hitting for pitcher Dave Campbell), Royster, and Beall; Royster’s hit drove in Rockett to make it 8-4. That was “four straight singles by men hitting .139, .207, .281, and .211,” which was far more likely than too much lasagna to give Lasorda heartburn in the Dodgers’ dugout.5

Indeed, Lasorda had seen enough and, likely spewing expletives on his way to the mound, replaced Rautzhan with knuckleballer Charlie Hough. Lasorda was probably apoplectic when Hough walked Matthews, the first batter he faced, to force in Chaney with another Braves run. Things got really rough for Hough when Garvey booted Gaston’s grounder at first, allowing Gaston to reach base safely and Royster to score Atlanta’s sixth run of the game. When Hough struck out Horner, it looked as though all might end well for the Dodgers after all. Murphy had other ideas, however, and he hit a two-run single that tied the game and ended Hough’s mound stint.

Terry Forster became the Dodgers’ third pitcher of the inning, and he fared no better than the first two. Bonnell greeted him with a single that drove in Gaston with the go-ahead run for the Braves. Rockett flied out to end the inning, but the collapse was complete. The Dodgers went down meekly in order against Gene Garber in the bottom of the inning, suffering the ignominy of having blown an eight-run lead and incurring their manager’s profane wrath.

Although Lasorda could erupt at the drop of a hat, he had ample reason to be upset on this occasion. The 9-8 loss to the Braves marked the ninth time in the 1978 season that the Dodgers had lost a game in which they scored six or more runs. They also fell into third place in the NL West, three games behind the division-leading San Francisco Giants and a half-game behind the Cincinnati Reds who had both won their games this night.

While Lasorda was doing his best Rumpelstiltskin impression after the game, Bonnell – the Braves center fielder – was exulting in his team’s unlikely triumph. Bonnell confessed, “I didn’t really think we’d score six runs” before adding, “This is the most fun I’ve had all year.”6 By the end of the season, it was likely still Bonnell’s fondest memory as the Braves finished with a record of 69-93 that put them in last place in the NL West, 26 games behind the division-champion Dodgers.

Baseball-reference.com was consulted for the game box score and play-by-play as well as for player and team statistics.

Retrosheet.org was also consulted for the game box score and play-by-play.