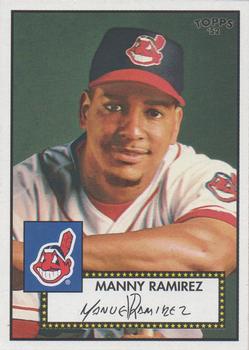 It was not that long ago when the Oakland Athletics were the kings of the American League. The A’s won three straight pennants from 1988 to 1990. Although they won only one world championship during this period, the A’s were hardly challenged. Like a bully flexing their muscles on a beach, Oakland kicked sand in their AL opponents. Their record in the LCS in those three years was an astonishing 12-1.

One of the teams that the Athletics pushed around pretty good were the Cleveland Indians. Oakland throttled the Tribe by a record of 26-10 in their three pennant-winning seasons. In 1989 alone, the A’s posted a 10-2 record against the Indians with a team ERA of 1.73 in 12 games.

Like all teams, Oakland’s age was beginning to show. In 1995, Oakland had just a few players left from their glory years. Terry Steinbach (33), Mark McGwire (31), Rickey Henderson (36) were still in the everyday lineup and Dave Stewart (38), Dennis Eckersley (40) and Rick Honeycutt (40) were still on the pitching staff.

But the tide was beginning to turn. The Indians were a team on the rise. Moving into their new digs in 1994, the Tribe was watching their young talent begin to mature, and a nice blend of veteran leadership made baseball fun again.

Both Oakland and Cleveland had finished one game out of first place when a player’s strike halted play on August 12, 1994. Oakland was looking up at the Rangers in the AL West, while Cleveland trailed Chicago in the Central. The A’s and the Tribe faced each other six times in the 1994 season, and the Indians swept the season series.

Oakland (37-35) headed to Jacobs Field to open the second half of the season with the Indians (46-21) in a four-game series beginning July 14. Oakland was hanging tough in the West. They were in second place, four games behind California and Texas. Meanwhile, Cleveland was taking no prisoners in the Central, and opened up a large lead in the Central of 12 games over second-place Kansas City.

The two teams opened the series with a doubleheader. Cleveland won both games by the slimmest of margins (1-0, 7-6). The third game of the series also went Cleveland’s way, as the Indians defeated Oakland, 7-2. The Indians dominance over the Athletics the previous season continued in 1995.

Oakland was hoping to salvage at least one victory as the series wrapped up on July 16. The pitching matchup featured Todd Stottlemyre (8-2, 3.84 ERA) for Oakland and Dennis Martinez (8-0, 2.37 ERA) for the Tribe. Stottlemyre was 7-7 with Toronto in 1994 before signing a free-agent contract with Oakland in the offseason. Martinez was making his first appearance of the second half of the season after pitching in his fourth All-Star Game on July 11.

The A’s jumped on Martinez right away. Henderson led off the game with his sixth home run to left, the 67th time he led off a game with a round-tripper.1 With one down Mike Aldrete singled to left field. After Martinez whiffed McGwire, Geronimo Berroa smacked his 13th home run and the A’s led 3-0.

The Indians got one run back in the bottom of the second inning and trailed the A’s 3-1. The A’s two run advantage held until the bottom of the seventh inning. Mark Acre replaced Stottlemyre on the hill for Oakland. With one down, Carlos Baerga singled to right field and rode home on Albert Belle’s two-run blast to the bleachers in left field.

The score was tied at three apiece, but the Indians mounted a rally in the bottom of the ninth. With one out, Baerga again singled to center. Belle stepped in and drove a double to left. Baerga, who blew past third base coach Jeff Newman’s stop sign was thrown out at the plate. Henderson, playing in left, quickly retrieved the baseball and threw to cutoff man Brent Gates. The A’s second baseman fired home to catcher Steinbach, who survived a collision with Baerga to record the putout. “I tried to score”, said Baerga. “I tried to hit him to see if he’d drop the ball.”2

“I don’t know if he saw me or not,” said Newman. “Maybe I was too late. I’ve stopped (players) at times when I’ve thrown my hands up, and they’ve scored.”3

After two scoreless innings, the A’s got back on the scoreboard for the first time since the first inning. And like the first inning, the rally began with Henderson as he doubled to right field. After relief pitcher Alan Embree threw a wild pitch, Henderson moved to third base and scored on a sacrifice fly to right off the bat of Stan Javier.

The Indians were in danger of dropping their first game to Oakland in two years. A’s manager Tony La Russa brought in Eckersely, the author of 312 saves, entered the game. Baerga led off and singled to left field for his fifth hit of the game. Baerga was lifted from the game in favor of pinch-runner Kenny Lofton. The speedy Lofton stole second for his 20th stolen base of the season.

But Eckersley bore down and retired Belle and Jim Thome on consecutive strikeouts. Up to the plate came Manny Ramirez. Eckersley got ahead of the young slugger quickly with an 0-2 count. “With Dennis Eckersley on the mound and Manny down 0-2, you’ve got to think your chances of winning have narrowed down to real slim,”4 said Indians manager Mike Hargrove.

Ramirez battled back to even the count, 2-2. But Eckersley hung a cut-fastball over the inside of the plate and smashed it deep into the bleachers in left field. TV cameras caught Eckersley mouthing the word “Wow” as Ramirez circled the bases behind Lofton. “I've never faced him before,” said Ramirez. “I know he's one of the best pitchers in baseball. I just wanted to stay back and try to hit the ball the other way.”5 It was the 21st home run of the season for Ramirez, as the Tribe came from behind to win 5-4. It was the 13th game the Indians won in their final at bat and the 24 time they came from behind to win. “It’s phenomenal what’s been happening here,” said Eckersley, a former Cleveland hurler in the 1970s. “It’s almost like it’s meant to be.”6

Embree (2-0) was credited with the win, while Eckersley took the loss (2-3). The Indians (100-44) cruised to the AL Central title, and won their first pennant since 1954. Unfortunately, they lost in the World Series to the Atlanta Braves in six games. For Oakland (67-77), they sank to last place in the West. La Russa departed for St. Louis in 1996. Eckersley and Stottlemyre both joined him there.

The author accessed Baseball-Reference.com for box scores/play-by-play information https://www.baseball-reference.com/boxes/CLE/CLE199507160.shtml and other data, as well as https://www.retrosheet.org/boxesetc/1995/B07160CLE1995.htm