This article was written by Gerard Goulet 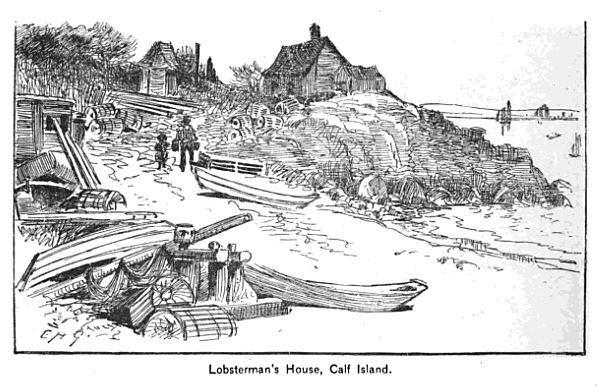 On July 13, 1872, the New York Clipper reported as follows: “The Boston on a Rest. On July 6th, the Boston Reds went into camp on the Island in Boston Harbor to fish, shoot, bathe and recuperate generally for the fall campaign.”  The island in question was Calf Island, one of the Brewsters, where, in addition to the restful activities noted above, the Red Stockings were to, “practice two hours morning and evening of each day, as well as indulge in manly sports suited to keep their muscle up.”1  Boston had faced Troy twice in May and had beaten them by scores of 4-2 and 10-7.2  Boston had also won its last nineteen games in a row and was now sitting comfortably atop the league standings.3  Troy, for its part, after an early start that had it leading the league as late as May 24, had won only two games since then and team members were rumored to be embroiled in internal discord.  By all rights, then, a well-rested Boston nine and its fans, numbering in the vicinity of 2500, expected the same kind of easy victory as did the odds makers who had put the odds at 100-36.4  On Saturday, July 20, however, a rusty Red Stocking team lost for only the second time this season, with Troy scoring more runs against Boston and Al Spalding than any other team had done thus far in the 1872 season. The Herald took the defeat particularly and sarcastically hard, “For nearly three [exaggeration] weeks previous they [Boston] had been recuperating at their summer residence and in the company of the ‘sad sea waves’. Perhaps they still hankered for their seaside resort and pined for the saltness of the locality they had quitted, and perhaps to this may be partially attributed the little excursion up the historical Salt river which they took Saturday afternoon.”5While the Herald admitted that luck may have played a role in the Boston defeat, it was not as philosophical as others on the topic.6

In many respects, it was as if two different games were played.  In the first, it appeared that Boston had forgotten how to play after its long period of inactivity.  Through the mid-point of the fifth inning, the Haymakers dominated play, scoring 10 runs to Boston’s two, both of the latter coming in the Boston half of the fifth inning.7  The second half was more of a contest.  From the bottom of the fifth through the ninth inning, the sides were more evenly balanced with Boston scoring eight runs to Troy’s seven.  Although not necessarily helped by the fielding lapses of his teammates, Spalding revisited the difficulties he had had with the Troy batters in 1871, when they had scored 29, 13, and 17 runs against him in three of their five meetings. The Herald believed it knew why Spalding was pounded “…all over the field. The ball must have been a lively one, as the Reds claimed it was, though [Troy] Capt. Jimmy Wood protested that it was picked out of a number of dead balls and as it had the proper marks of course there was no getting around it.”8 Lively ball or not, it wasn’t until Harry Wright inserted himself at pitcher and gave them some slow pitching after four Troy runs had scored in the bottom half of the fifth inning that the Troy hitters were able to be controlled.9  “It made little difference at first, but soon had its effect, and although the balls seemed slow and all right over the plate, the Trojans could not hit them.”10 Some suggested that had Spalding been relieved earlier, the game may have been salvaged.11

Although numerous inconsistencies appeared in several accounts of the game reported in the Boston and New York press, all were agreed that Boston was outplayed at every level by the team from Troy. Boston batters flied to the outfield “and directly into the hands of their adversaries”12 for the majority of their outs. In contrast, the Haymakers “batted to just that particular spot which a Red could almost, but not quite, reach.”13 In the field, every Boston fielder but Andy Leonard in left field and Fraley Rogers in right, neither of whom had many chances, was guilty of errors (12 in all). While the Haymakers fielded cleanly for the first four innings, good fielding was not a highlight of the match for either team as Troy managed to commit eight errors over the last five innings of the game.

The game had a few interesting plays by both teams with Steve King throwing out Leonard trying to score on a Spalding fly in the fourth, and Harry Schafer and Charlie Gould combining for a double play in the fifth inning. While the final score of 17-10 was bad enough, it could have been worse had it not been for Harry Wright’s cleverly dropping Bub McAtee’s fly in the ninth, enabling Schafer and Ross Barnes to force Doug Allison and Davy Force at third and second, respectively.14 Force and McAtee were the Troy hitting stars while Spalding and George Wright were best among the Boston batters.15

The irony of the final result was that it came amidst swirling rumors that the Haymakers were headed for dissolution. The Boston Times for July 21 reported as follows: “It is reported that the match on Saturday will wind up the Haymakers as a club hailing from Troy, as they have not received any salary for some time. They intend to try the co-operative system for a while and should this project fail the club will dissolve….The directors of this club should not act hastily in this matter, as they have as good material in this nine as any club in the country, and the only thing that is wanted is harmony and discipline, which their present captain has not the head-work to effect. Let the Trojans take pattern from the Boston and Athletic clubs, then they will have a nine which will be a credit to their city.” The following day’s Boston Evening Journal had different sources of intelligence, “The rumor that the Troy club were to be disbanded on their return home is without foundation. The members of the club deny the statement, and also claim that they have been paid up to the present time, while some of the members are in arrears to the stockholders.” As it turns out, Troy’s July 20 rout of the Red Stockings was its penultimate professional game of the year. Four days later, the team was dissolved.16

A depiction of Calf Island as it looked in the 1880s. Here, the Boston players rested for a couple of weeks, then were rusty when they took the field again against Troy. (Image taken from the book King’s Handbook of Boston Harbor, by Moses Foster Sweetser, 1888).

1 “Boston and Vicinity—Base Ball-The Haymakers Defeat the Boston Club,” Boston Evening Journal, July 22, 1872. The Brewsters, a group of the nine easternmost islands in Boston Harbor, were named for Elder William Brewster, Plymouth’s first preacher and teacher, who along with Captain Myles Standish explored the harbor in 1621.

5 Boston Herald, July 22, 1872. The reference to “sad sea waves” may be to a song written by Jules Benedict in the mid-1800s and popularized by Jenny Lind, while the allusion to the Salt River may derive from the term’s use in nineteenth century politics. Brewer’s Dictionary of Phrase and Fable described that use as follows,” A defeated political party is said to be rowed up Salt River, and those who attempt to uphold the party have the task of rowing up this ungracious stream.” E. Cobham Brewster, Dictionary of Phrase and Fable, (Philadelphia: Claxton, Remsen and Haffelfinger, 1870). Sports writers and political writers were often one and the same.

7 Boston, although it was playing at its home grounds, had lost the coin toss and batted first. Therefore, at the mid-point of the fifth inning, Boston had batted and had just scored its two runs but Troy had not yet come to bat in the bottom of the fifth and scored the five runs that made it 15-2 at the end of the fifth.

8 “The National Game,” Boston Herald, July 22, 1872. The Haymakers were, of course, the visiting team and responsible for providing the game ball. The Haymakers were also a team with a reputation for favoring a lively ball. While the weight and circumference of the ball were set as of 1872 at five to five-and-a-quarter ounces and nine to nine-and-a-quarter inches, respectively, the amount of rubber in the ball was not so regulated. William J. Ryczek, Blackguards and Red Stockings: A History of Baseball’s National Association, 1871-1875, (Jefferson, North Carolina, McFarland, 1992), 43-44. See also www.baseball-reference.com/bullpen/1871_Haymakers, but also see Jeffrey Laing, “ The Haymakers, Unions and Trojans of Troy, New York, Big-Time Baseball in the Collar City, 1860-1883, (Jefferson, North Carolina, McFarland, 2015), 87 for a view that the team’s reputation does not hold up to close scrutiny. Boston’s alleged concern was not merely an academic issue. In a reasonably contemporaneous account of Boston’s June 12, 1872 victory over Philadelphia, the Brooklyn Daily Eagle correspondent went to great lengths to explain the difference in game play when a lively ball was used rather than a dead ball. The piece is worth reading in its entirety but the most cogent sentence is probably that which follows: “A ‘dead’ or non-elastic ball forces the batsman to depend entirely on his judgment and skill in hitting the ball ‘safely’ in order to secure base hits, while a ‘lively’ or very elastic ball admits of the heavy muscular hitter sending it to the field so swiftly that ordinary hands cannot stop it.” “Sports and Pastimes---Base Ball,” Brooklyn Daily Eagle, June 13, 1872.