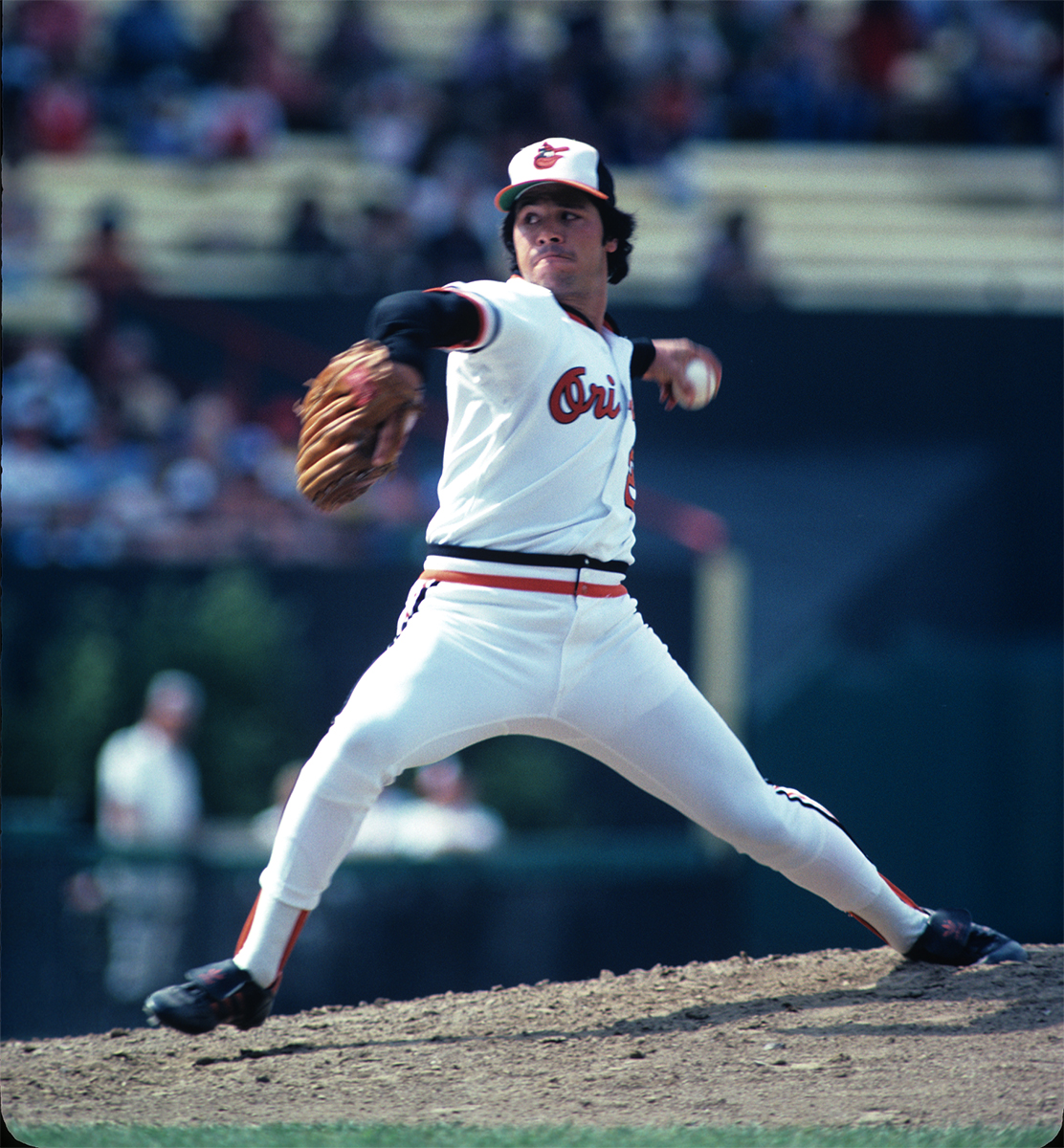 Tippy Martinez hadn’t pitched in 13 days as the Orioles headed into the second game of a two-game series with Oakland. Before the game the lefty reliever went up to Memorial Stadium’s legendary public-address announcer Rex Barney and told him, “Next time I come in to pitch, you’d better explain to the fans who I am. I haven’t pitched in so long I think they might have forgotten me.”1 With the remarkable performance he was about to have, he didn’t need to worry about Orioles fans remembering who he was.

The Orioles had the best record in baseball with a 63-32 record. They sent Mike Flanagan to the mound to face Oakland’s Matt Keough. Flanagan was having a characteristically solid season with a 13-6 record and a 3.60 ERA. By contrast, both the A’s and Keough were struggling. Oakland had lost seven out of eight games and 23 of its last 27, to sink to a major-league-worst 26-72 record. Keough was having a disastrous season. After making the All-Star team in his rookie campaign of 1978, he’d taken a loss in 22 out of 24 decisions, including 15 in a row. He started the 1979 season with a dreadful 0-11 record and a 5.85 ERA.

Because of the threat of thunderstorms, only 13,132 spectators were on hand, but the Baltimore faithful who did attend saw the Orioles jump out to an early lead. Eddie Murray singled home Al Bumbry for the first run of the game, and John Lowenstein’s sacrifice fly put Baltimore on top 2-0 in the first inning.

The A’s battled back in the second. Jim Essian doubled to lead off the inning. Flanagan struck out Tony Armas, but Dave Revering singled to put runners at the corners. That’s when the A’s bats exploded. Consecutive doubles by Mike Edwards, Rob Picciolo, and Rickey Henderson gave Oakland a 4-2 lead and knocked Flanagan out of the game.

Orioles manager Earl Weaver called on Tippy Martinez for the first time in 13 days. After the game Martinez said, “I have been keeping in shape by throwing in the bullpen. In fact, I think that I’ve warmed up 170 times this year. Still, when the team is winning but you’re not in there, you feel like things are drifting apart. You’re not part of what is happening.”2 Martinez had trouble finding his control after such a long layoff. He walked Dave Chalk on four pitches, and then went 2-and-0 on the next batter, Mike Heath. But Martinez got Heath to line out to left field, then retired Jeff Newman on a grounder back to the mound to escape any further damage.

From that point on, Martinez was locked in. He held the A’s at bay, retiring them in order in the third, fourth, and fifth innings, before Baltimore was able to cut into Oakland’s lead. In the fifth inning, Bumbry walked with one out, moved to second on a wild pitch, and raced home on Ken Singleton‘s hit to left, to cut the A’s lead to just a run at 4-3.

Martinez continued to be lights-out. “I just went out there and figured I had to pitch a shutout and hope that we would come back,” he said. That’s my job, keeping them from getting any more runs.”3 When he struck out Newman to end the eighth, he’d retired 20 consecutive batters since he walked Chalk in the second inning. After eight innings, the game was the longest relief outing of Martinez’s major-league career, with 6⅔ innings in the books.4 Previously, his longest relief effort had been 6⅓ shutout innings three months earlier against the A’s. He also dominated in that extended outing, allowing just two hits and two walks.

Keough entered the eighth inning with a one-run lead, but immediately put the tying run on by walking Singleton to lead off the inning. The next batter, Eddie Murray, singled to right, moving Singleton to second. That was it for Keough, who was replaced by lefty Dave Hamilton. Hamilton faced only one batter, John Lowenstein. Lowenstein laid down a successful sacrifice bunt with two strikes to advance both runners. Dave Heaverlo came out of the A’s bullpen and intentionally walked Doug DeCinces to load the bases. The strategy looked as if it might be successful when Gary Roenicke fouled out to first baseman Dave Revering on Heaverlo’s first pitch to him for the second out of the inning.

Earl Weaver sent Pat Kelly up to pinch-hit for Rich Dauer with two down and the bases full of Orioles. Kelly had been Baltimore’s best pinch-hitter all season, going 8-for-15 (.533) with 2 home runs and 11 RBIs. Kelly worked the count to 3-and-1, before Heaverlo delivered a fastball that Kelly jumped on and sent sailing toward right-center field. Tony Armas raced back and it initially looked as though he might be able to make a play. But the ball continued to carry and sailed over the fence for a grand slam. “When I hit it, I knew I had hit it good, but I didn’t know if it was going out,” Kelly said.5 “I hit it to the deepest part of the park, but, thank God, it cleared the fence.”6 Kelly’s dramatic homer gave Baltimore a 7-4 lead.

Pitching with a lead for the first time in the game, Martinez retired Essian on a groundball back to the mound, struck out Armas, and got Revering to pop out to third to finish the game and seal the Orioles’ win.

Martinez threw 90 pitches in the longest relief outing of his career. He struck out four and induced 11 groundouts. After walking the first batter he faced in the second inning, he set down the A’s in order until the end of the game, retiring 23 consecutive batters. “I’ve never been that good,” he stated succinctly.7 The lefty had come through at a time when the Orioles desperately needed a good relief outing with key pitchers Jim Palmer and Tim Stoddard on the disabled list. “I know Tippy is there when I need him,” Weaver said. “It’s not my fault our starters have pitched complete games five of the last seven times out.”8 It was the Orioles’ fifth consecutive win and increased their lead in the American League East to 4½ games over Boston.

The ecstatic Baltimore crowd demanded curtain calls from both Orioles heroes, Kelly and Martinez. Earlier, Martinez had joked that PA announcer Rex Barney would have to remind the fans who he was because he hadn’t pitched in so long. After the game, the fans chanted, “Tip-py! Tip-py! Tip-py!” as Martinez went to the top step of the Orioles dugout, doffed his cap, and waved back to the adoring crowd. It was clear the fans needed no reminder.9

4 Martinez had one outing longer than this earlier in his career, but it was a start. He went 7⅓ innings for the New York Yankees against the California Angels on August 24, 1975.