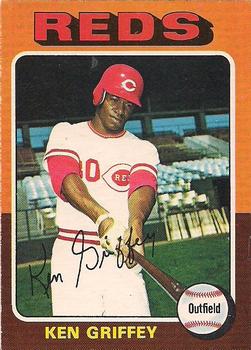 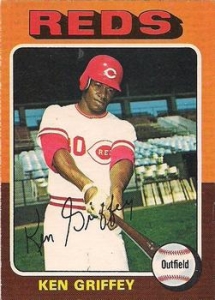 As with any dynasty, the players who made the Reds great had to learn their lessons in the minors before they starred in the bigs. One such dues-paying experience took place on the night of July 29, 1970, when a Reds farm team made four ninth-inning errors to snatch defeat from victory at the last moment. The biggest and most embarrassing of those miscues belonged to a future core member of the Big Red Machine, who went on to score the game-winning run in Game Seven of the 1975 World Series – outfielder Ken Griffey Sr.

The setting was Packer Stadium in Sioux Falls, South Dakota, home to the Sioux Falls Packers of the short-season Class A Northern League.1 The Packers were a Cincinnati farm club managed by former catcher Russ Nixon, who went on to coach and manage with the big-league Reds from 1976 through 1983.2 Sioux Falls was the second-lowest rung on the Reds’ minor-league ladder, outranking only a pair of rookie-league teams in the Gulf Coast League and the Florida Instructional League. The average age of the 1970 Packers players was 19.

Six players who later appeared in the big leagues played for the Packers at some point that season. Two were in the starting lineup on July 29 – 20-year-old cleanup hitter Griffey in left field and 18-year-old Joel Youngblood playing second base and hitting seventh.3 The starting pitcher was right-hander Bill Wall, whom the Reds had chosen in the first round of the January 1970 secondary draft from Cayuga County Community College in Auburn, New York.4

With a record of 9-16, the Packers were the second-worst team in the six-team Northern League. The worst, with a record of 6-20, was their opponent of July 29, the St. Cloud Rox.5 A Minnesota Twins farm club, the Rox were managed by former Twins minor-league pitcher Jim Merrick. Only three members of the 1970 Rox reached the major leagues, and two of them were in Merrick’s lineup that night: Right fielder Craig Kusick hit third, and first baseman Mike Poepping hit seventh.6 The team’s starting pitcher was 17-year-old lefty Dave Allen, a 15th-round draft pick just a month before out of a Richmond, Virginia-area high school.

Scattered thunderstorms were forecast for the night of July 29, which might help explain why only 403 people turned out for the game.7 Those who showed up saw the Packers grab a 1-0 third-inning lead on some nifty baserunning. Catcher Greg Taminosian, leading off the inning, walked and stole second. Shortstop Gary Polczynski singled him to third. Sioux Falls then executed a textbook double steal. Polczynski took off for second, and when St. Cloud catcher Robert Case threw down to get him, Taminosian successfully broke for home.8

Case atoned for the play in the top of the fifth, when he doubled and scored on a Sioux Falls error to tie the game, 1-1. (Game accounts do not provide specifics on the error, but it would have been committed by either Youngblood or Polczynski, who together accounted for the three Packers errors not made in the ninth inning.)9

Still more sloppy play allowed Sioux Falls to reclaim a 2-1 lead in the last of the sixth. First baseman Barry Ulsh reached base when Rox second baseman Russ Rolandson threw away a routine groundball. Packers center fielder Chris Jones singled Ulsh to third. Case attempted a pickoff play at third, but Rox third baseman Derry DeGuire let the ball get away from him for an error, and Ulsh scored.10

In the bottom of the seventh, Sioux Falls padded its lead with a third run – this time with no fielding flubs involved. Youngblood and Taminosian singled, Polczynski was walked intentionally, and Ulsh hit a sacrifice fly to make it 3-1.11

The score stayed 3-1 until the top of the ninth. Sioux Falls starter Wall cruised through the first eight innings, allowing only one unearned run on three hits and a walk while striking out nine. But when St. Cloud hitters began the ninth inning with a single and a walk, Sioux Falls manager Nixon went to his bullpen, calling in Al Faix, a left-handed Pennsylvanian in his third year in the Reds farm system.12 Through no fault of either Nixon or Faix, the game was about to turn for the worst. The Packers committed 156 errors in 70 games in 1970 – second-worst in their league – and unsteadiness in the field was about to cost them dearly.13

St. Cloud center fielder Ralph Dick laid down a bunt, but the throw went past first baseman Ulsh, who was charged with an error. St. Cloud’s lead runner scored to bring the score to 3-2. Faix got Poepping on a fly ball for the first out of the inning, but catcher Case – so often at the middle of the action in this game – followed with a long fly to left. Griffey lined it up at the wall, only to have it pop free of his glove and soar over the fence for a three-run, four-base error that gave St. Cloud a 5-3 lead.14

Pitcher Allen helped his cause with a single. He took second when yet another Packer, right fielder Rich Blackstone, joined the parade of errors by dropping St. Cloud left fielder Pat Bekeza’s fly ball. After a fielder’s choice by Rolandson moved Allen to third, an error by Sioux Falls third baseman Pete Powell allowed both Allen and Rolandson to score, making it 7-3.15

Faix finally got the last two outs, but six runs had scored. Allen worked a shutout ninth to close out the unexpected victory. Faix was saddled with the loss despite an unlikely stat line – one inning pitched, two hits, a walk, and four unearned runs. Allen took the win, having quietly pitched a stalwart game to keep St. Cloud in the running. His pitching line for the complete game included seven hits; three runs, two earned; three walks; and 12 strikeouts. The game took 2½ hours to complete.

Griffey’s blown play resurfaced almost 15 years later, after he made a sensational catch in the New York Yankees’ 1985 home opener to rob Chicago’s Ron Kittle of a home run. Griffey told reporters, “When I played Class A ball in Sioux Falls, I once tried to make a catch and knocked the ball over the fence. The pitcher quit the next day and went home. I never heard from him again.” A Sioux Falls sportswriter later pointed out that Griffey’s memory was flawed. Pitcher Faix remained with the team after the July 29 game, and picked up a win on September 4 with support from a two-run home run by Griffey.16

Griffey could afford to exaggerate at that point: He was most of the way through a 19-year major-league career that paled only in comparison to his son’s. Griffey’s career highlights included scoring both the tying and winning runs in Game Seven of the 1975 World Series; being named the Most Valuable Player of the 1980 All-Star Game; and hitting back-to-back home runs with Ken Jr. with the Seattle Mariners in 1990.

As a whole, the teams from that long-ago game did less well. St. Cloud finished fifth with a 31-39 record, 17½ games back. Sioux Falls came in last in the league with a 24-46 record, 24½ games out. A weakened Northern League lasted one more season, with only four teams, before folding in January 1972.17 While both cities have hosted independent or collegiate summer teams since then, neither Sioux Falls nor St. Cloud has been home to affiliated minor-league baseball since 1971.

While Baseball-Reference and Retrosheet do not have box scores for minor-league games, box scores were published in the July 30, 1970, editions of the Sioux Falls (South Dakota) Argus-Leader and the St. Cloud (Minnesota) Daily Times.

2 Nixon also subsequently managed or coached with the Expos, Braves, and Mariners.

3 The Packers players who made the big leagues but did not play on July 29 were Tom Carroll, Gene Locklear, Will McEnaney, and Pat Zachry. Ken Griffey Jr. was eight months old when the game was played; if he was at Packer Stadium that night, he would have been too young to remember it.

6 The other member of the Rox who subsequently reached the majors was pitcher Jim Hughes.

7 Weather report as per the Sioux Falls Argus-Leader, July 29, 1970: 1. Accounts of the game do not indicate that rain or thunder delayed the game or affected its outcome.

13 According to Baseball-Reference, the Watertown (South Dakota) Expos led the league that season with 165 errors. The Expos posted a team fielding percentage of .941, compared with .940 for Sioux Falls.

16 Bruce Conley, “Griffey’s Memory of 1970 Error for Sioux Falls a Little Off Base,” Sioux Falls Argus-Leader, April 20, 1985: 2B. Griffey’s other memory of Sioux Falls, which he has spoken of several times, involves the racism he encountered when he went to find an apartment for himself, his wife, and his baby son.