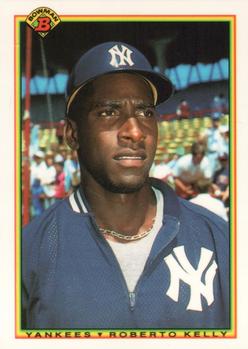 Things were not looking good for the New York Yankees a little over halfway through the 1990 season. They had previously finished fifth in the 1988 and 1989 seasons. As they prepared for a double header with the Cleveland Indians, they were stuck in seventh place in the American League East standings with a record of 36-61, 15 ½ games behind the first-place Toronto Blue Jays. They were on their second manager of the season, Stump Merrill, who had taken over for former Yankees shortstop Bucky Dent, fired by club owner George Steinbrenner after the team went 18-31. Since taking over for Dent, Merrill and the Yankees had gone 18-30.

With the Cleveland Indians hosting the Yankees in Cleveland in the second doubleheader of the season between the two. The first, played two days earlier, on July 27, was a sweep by the New Yorkers, and the team hoped to build on that momentum.

After returning home with a record of six wins and eight losses on their longest road trip of the season, the Indians hoped to use the five-game series with the Yankees to vault into contention in the American League East.1 The vault became a nasty knee-skinning spill as the Yankees won four of the five games.2 New York’s 38-61 was the worst record in the big leagues after the games of July 29.

Merrill chose eight-year veteran Tim Leary (4-13, 4.14 ERA) to start the first game. Leary had begun to think his future with the Yankees was in peril.3 The trade deadline was midnight the next day and Leary, a potential free agent, was perhaps a desirable commodity for a contending team.4 All of that weighed on his mind as he prepared to start.5 For Cleveland manager John McNamara, Bud Black (9-5, 3.14 ERA), a left-hander in his ninth big-league season, got the start.

The Yankees’ best player was first baseman Don Mattingly, in his ninth season with the Yankees and the possessor of a résumé that included six All-Star selections, five Gold Gloves, three Silver Sluggers, and one Most Valuable Player Award. The only Yankees pitcher with double-figure wins the season before was Andy Hawkins, with 15.

The stars for Cleveland in 1990 were catcher Sandy Alomar, who finished the season with a .290 batting average, and designated hitter Chris James, who finished at .299. Tom Candiotti and Greg Swindell had led the Indians in 1989 with 13 wins apiece, and Bud Black had 12.

With one out in the top of the first, Steve Sax reached base on an error by Brook Jacoby at third base and Oscar Azocar singled, putting runners at first and second with one out. As Steve Balboni struck out, the runners executed a double steal. To no avail as Black got designated hitter Brian Dorsett to ground out.

Indians leadoff batter Jerry Browne doubled and scored on a two-out double by Candy Maldonado to give the Indians a 1-0 lead. After surrendering that run Leary settled down and let his batters go to work for him.6

The Yankees scored two runs in the second inning. Jim Leyritz led off with a single and took second on a wild pitch by Black. Jesse Barfield walked and Bob Geren’s groundout moved the runners up. They scored on a single by Alvaro Espinoza and a fly out by Roberto Kelly to give New York a 2-1 lead.

Leary fended off trouble in the bottom of the third. Browne walked with one out and stole second base. Mitch Webster walked and Browne went to third on a wild pitch. Webster stole second as Chris James struck out. The threat ended when Browne was out trying to score.

In the fourth the Yankees scored twice. Barfield led off with a double, went to third on Geren’s single, and scored on Espinoza’s force-play grounder. Steve Olin replaced Black. Espinoza took second on Kelly’s groundout and scored on Sax’s hit to deep second base, giving the Yankees a 4-1 lead.

The Indians made it 4-2 in the bottom of the fifth inning. Dion James, leading off, was hit by a pitch, and singles by Cory Snyder and Felix Fermin loaded the bases. Browne’s groundout brought James home.

Kelly’s solo home run in the top of the sixth staked New York to a 5-2 lead. The Indians responded in the seventh when James doubled, took third on Snyder’s single and scored when Ken Phelps grounded into a double play.

With a 5-3 lead, the Yankees scored three runs in the eighth and took an 8-3 lead. Leyritz was hit by a pitch, Barfield singled, and Geren reached on an error by pitcher Olin to load the bases. Singles by Espinoza and Kelly scored Deion Sanders (running for Leyritz), Barfield, and Geren, knocked Olin out of the box. Jesse Orosco got the Indians got out of the inning.

Eric Plunk had replaced Leary in the seventh inning, and in the eighth he gave up a single to Webster and a double to Alomar to make the score 8-4.

In the bottom of the ninth, Yankees closer Dave Righetti issued a leadoff walk to Jeff Manto. Snyder flied out, but Manto took third on a double by Tom Brookens and scored on a passed ball by catcher Geren. Righetti walked Browne, struck out Webster, and walked Chris James, at which point he made way for Greg Cadaret, who got Maldonado on a fly out to seal the Yankees’ 8-5 win.

Righetti made things a bit more exciting than Leary would have liked, but the end result was a victory, and Leary got up from his seat to head back to the clubhouse.7 Leary ended up pitching for the Yankees until August 22, 1992, when he was traded along with cash to the Seattle Mariners for minor-league pitcher Sean Twitty.

In addition to the game story and box-score sources cited in the Notes, the author consulted Baseball-Reference.com and Retrosheet.org.