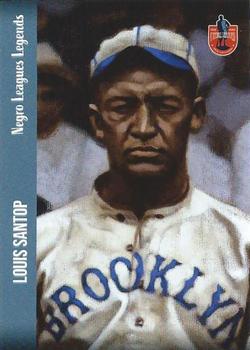 July 4, 1921, fell on a Monday, giving baseball teams a golden opportunity for not only a potentially lucrative Sunday doubleheader, but also another twin bill on the holiday. The Atlantic City Bacharach Giants took full advantage of the calendar, hosting two games on Sunday against archrival Hilldale of Philadelphia, and two more on July 4 against a crack semipro team from Philly, the Logan Squares.

The Bacharachs, in their sixth year of existence, had reached the level where they could mix it up with Negro National League teams in addition to the many top-flight semipro squads in their area. Hilldale, founded in 1910 as a “pass the hat” semipro team, and named after “The Hill,” the section of the Philadelphia suburb of Darby where Black residents lived,1 were at the same level. The teams were natural rivals, their equal abilities enhanced by geographical proximity.

It is fair to say that without Philadelphia, Atlantic City might not have existed. The land on which the ocean-front resort city was to be built was an insect-ridden sandbar, with little to recommend it. That was until a railroad from the Pennsylvania metropolis was built across the flat-as-a-table New Jersey pine barrens in 1854, and a competing road laid down in 1877. Philadelphians looking for a summer weekend away from their sweltering city flocked to the new hotels and the soon-to-be-famous Boardwalk on the New Jersey coast, only 60 miles away, and Atlantic City took off.

By July 3 Hilldale and the Giants had played each other 21 times in their mutual existence, and only one win separated their records (Hilldale was 11-10). The teams would compete 20 times in 1921, Hilldale triumphing in 10 games and the Bacharachs in nine. (One late-season game, the second of a doubleheader, was called in the third inning due to darkness.) There was no question they were evenly matched. This season they also had something else in common – they were associate members of the new Negro National League, a Midwestern loop founded in 1920 and eventually recognized as the first long-lasting Black major league. The powerful league president, Andrew “Rube” Foster, had cleverly recruited several Eastern teams to be associate members. Those teams could schedule games against NNL members but could not compete for the league championship. This provided guaranteed bookings against major-league-quality teams when the Eastern teams barnstormed into the Midwest, and vice versa.

The associate memberships also included a provision that barred any league teams, full-fledged or not, from signing away players from the other franchises. This had been a particular sore point in past years between Foster and Hilldale owner Edward Bolden, but there was a “roster raiding” history between Bolden’s team and the Bacharachs, too. In 1920, for example, Bacharach star shortstop Dick Lundy and catcher Jim “Yank” Deas, Giants the year before, defected to Hilldale, then re-defected to the Bacharachs. Bolden sued to stop them from leaving, but lost the case involving Lundy (who seems to have signed contracts with both teams). Bolden won a preliminary injunction against Deas, but when required to post a bond to continue the case apparently decided the $2,000 wasn’t worth chasing a second-string catcher.2 After all, Bolden’s roster already included future Hall of Fame backstop Louis Santop.

In their 14 years in Atlantic City the Giants had their home field in several locations within the city’s sizable Black community. Most of the ballfield sites were provided officially or unofficially by Harry Bacharach, a local politician who served two terms as mayor. The Giants were named by Thomas Jackson, one of Bacharach’s Black political henchmen, who had a hand in recruiting the squad in 1916 to wear his boss’s name on their shirts while Harry was in the middle of one of his campaigns. In 1921, though, the Giants played at Inlet Park, so far from Black Atlantic City that it was near the yacht basin, a decidedly un-African American location. Many teams rented the park, owned by the Pennsylvania Railroad and located cheek by jowl with the rail yard for its subsidiary West Jersey and Seashore Line.3

Both teams had impressive lineups. Two regular Hilldale starters, Santop and third baseman Judy Johnson, who did not play in this doubleheader, were eventually elected to the Hall of Fame. The outfield was particularly impressive. Left fielder Chaney “Reindeer” White hit an even .300 against Negro League competition and tied for the team lead in stolen bases with 10 in 40 games. Otto Briggs, in center, hit .309 and George Johnson, in right, hit .289. The Bacharachs’ biggest stars were in the infield. Lundy had been an original Giant in 1916, and played Black ball for 21 years, most of them as a Negro Leaguer. This season he hit .341, the highest average among the regulars. Third baseman Oliver Marcelle, at .328, was next best.

This holiday matchup brought out the best of the two pitching staffs. Bacharachs manager Dick “Cannonball” Redding looked at his roster and nominated himself to start the first game of the doubleheader. It wasn’t a very tough decision since he was the team workhorse. His 224 innings pitched were more than double those of the next most-used starter, and he had a season record of 16-11. Hilldale manager Bill Francis’s pick was also logical. Dick Whitworth led his staff with a 10-5 record and had the most starts.

The game was close from the beginning, and the lead changed hands or was tied five times in the 10-inning contest, exciting for the large crowd, and agonizing for those among the throng who were wagering on the game. As the Atlantic City Press writer put it, “Persons with ‘long green’ on the game – and there were many – felt like a fat man in a tight suit on a hot day.”4 Hilldale scored one run in the top of the first, but the Giants scored two in the bottom and one more in the third to lead, 3-1. Hilldale tied the game with two in the sixth and added single runs in the seventh and eighth to take a 5-3 lead. But the Bacharachs tied the game in the bottom of that inning. No one scored until the bottom of the 10th, when Marcell got one of his four hits, and was driven in by a one-out single by left fielder Elias “Country” Brown. Redding and Whitworth each pitched complete games.

The afternoon’s baseball went on, and Hilldale evened up the day with a 4-1 win as Phil Cockrell threw a five-hitter. The two teams continued their natural rivalry through the 1920s, both becoming charter members of the Eastern Colored League, the East Coast’s answer to Foster’s NNL, in 1923.

The Bacharachs split with the Logan Squares on July 4. Even after the Giants joined the new ECL, they larded their schedule with Philadelphia-area semipro teams. The situation in the early ’20s was no different than in 1910, when a writer for the Philadelphia North American newspaper stated that “on a Saturday in Philadelphia [Sunday ball was still banned] 50,000 men and boys either play or watch games.”5 Teams were formed with many different kinds of sponsors, usually big commercial or manufacturing concerns. The Logan Squares were different in that respect. They were backed by Philadelphia politician and businessman James P. McNichol as a sort of gift to three of his sons, who played on the team.6

Negro League player statistics were not always reliably and completely compiled in the years when the games were actually played. But efforts have been made in recent years to use box scores and game stories to retroactively compile annual stats. The statistics cited here are from the Seamheads.com Negro Leagues Database, as of June 2021. The Database is considered the most complete of the efforts to re-create Negro League statistics, but it is an ongoing project, and the numbers cited here may change in the future.