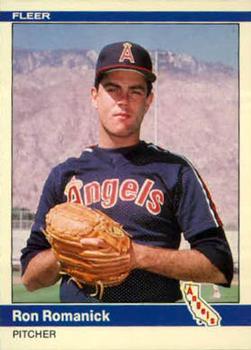 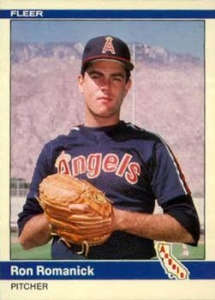 As the baseball players’ strike got under way in June 1981, one touchy and undefined subject involved the prospect of minor-league teams playing games in vacant major-league ballparks. The Charleston Charlies and Tidewater Tides of the Triple-A International League drew national attention when players on both teams voted to reject a proposal by the Charlies’ parent club, the Cleveland Indians, to play a game in Cleveland’s Municipal Stadium.1 Members of the Cincinnati Reds’ Triple-A team in Indianapolis also indicated strong opposition to the idea of playing at Riverfront Stadium.2

This opposition was not unanimous at all levels of the minors, and at least one pair of minor-league teams got a “trip to the bigs” during the strike. In early July, the California Angels and San Diego Padres teamed up to arrange a unique doubleheader involving their affiliates in the Class A California League. On July 3 the Angels’ farm club, the Redwood Pioneers, played the Reno Padres3 at Anaheim Stadium in California, with a $25,000 fireworks show to follow. The next night, the teams did battle again at San Diego’s Jack Murphy Stadium, with proceeds donated to the Special Olympics.4 These were the first games played in big-league parks since the strike began on June 12.

As of July 3, the eight-team California League had completed the first half of its season and started on its second. Reno, managed by former minor-league first baseman Jack Maloof,5 finished the first half in second place with a 37-32 record, 6½ games behind first-place Visalia. Skipper Chris Cannizzaro’s Redwood club closed the first half in fifth place with a 35-34 record, 8½ games back.6 In the second half, Reno was off to a 5-5 start, while Redwood started at 3-7.7 (The Redwood team, incidentally, was based in Rohnert Park, Sonoma County, California, about 50 miles north of San Francisco.)

Five players who appeared for the Reno Padres in 1981 appeared at some point in the major leagues, and three of them were in the starting lineup for the game in Anaheim. Paul Noce played shortstop and hit second, George Hinshaw played left field and hit third, and catcher Mike Martin hit seventh. A fourth future major leaguer, pitcher Mike Couchee, appeared in relief.8 The starting pitching nod for Reno went to 20-year-old lefty Neil Bryant, who finished the year with a 10-8 record and a 4.94 ERA in 26 games. Bryant had been a fourth-round draft pick of the Padres in June 1980 from the University of Nebraska-Lincoln.9 Although Anaheim Stadium was the Angels’ home park, the Reno Padres were given home-team status for the July 3 game because it replaced a game that had been scheduled to be played in Reno.10

For Redwood, the game in Anaheim provided an opportunity to show off one of the team’s hottest pitching prospects to top Angels brass – including owner Gene Autry, who attended the game and visited the team’s clubhouse.11 Rookie starter Ron Romanick was in the midst of a 15-10 season with a 2.91 ERA after being drafted out of Arizona State University in the first round of the January 1981 secondary draft. The remainder of the Redwood lineup was made up of career minor leaguers, with noteworthy starters including catcher Steve Liddle (a team-best .302 average in 47 games), left fielder Bob Bohnet12 (.300 with 9 home runs and 53 RBIs), and designated hitter Ron Hunt – not the former Met and Expo infielder of that name, but a 23-year-old Californian who hit .290 with 10 home runs and 74 RBIs that year.13

Rumors that striking Angels or Padres players might walk a picket line at the game proved unfounded. The only major-league player known to be in attendance was Dodgers outfielder Rick Monday, who was moonlighting as a sports broadcaster with a West Coast TV station. Monday said he had no concerns with the teams playing in Anaheim: “I hope everyone has fun and no one gets hurt. The people will get to see the difference between A ball and major-league ball.”14 Angels catcher Brian Downing was also quoted as saying he had no problem with the game.15

The people who held tickets for the Angels-Kansas City Royals game that was originally scheduled to take place in Anaheim that night had the option of using their tickets to see the Class A game, or holding them for reimbursement after the strike ended. It appears that most of them chose the latter option. Only 9,556 fans showed up – and some of those reported that they’d come for the fireworks, not for the ballgame.16

Offensive fireworks were in short supply during the game. Romanick lived up to the pregame hype and attention, effectively mixing fastballs, changeups and sliders to keep Reno hitters off-balance. He retired 10 hitters in a row at one point, and allowed only two hits over the first six innings. Hinshaw, the league’s second-leading hitter at .380,17 sneaked a ground single early in the game past Redwood shortstop Mark Sproesser. And in the sixth, catcher Martin lofted a pop single just over Sproesser’s glove into short left field.18

Bryant was not quite as dominant. The Pioneers had runners on in the first and third innings, but unsuccessful stolen-base attempts ended those threats.19 The Reno pitcher also made a mistake at the start of the sixth, when he left a pitch high to Bohnet – “just a bad pitch,” Bryant said after the game. The left fielder hit a 380-foot solo home run to left-center field for a 1-0 Redwood lead.20

Romanick remained strong until the bottom of the seventh, when Reno mounted what was described as its first real threat of the ballgame. Romanick walked first baseman Jim Christiansen and catcher Martin. With two outs and runners at first and second, Reno right fielder Joe Scherger hit a long fly to right-center field. Redwood right fielder Marty Hunter and center fielder Leo Lemon pursued the ball, but both pulled back to avoid running into the other, and the ball dropped in for a triple. Scherger was thrown out at home plate trying to stretch the triple into an inside-the-park home run. But the runs scored by Christiansen and Martin counted, and Reno was ahead 2-1.21

The score held there through the top of the ninth, when Redwood mounted one last rally. With one out, designated hitter Hunt doubled, ending Bryant’s night and bringing reliever Couchee in from the bullpen. Couchee began by walking third baseman Harry Francis, putting the tying and winning runs on base. Second baseman Tim Krauss, a local boy who had grown up near Anaheim Stadium,22 was next. Krauss hit a grounder to shortstop Noce, who started a 6-4-3 double play to end the game. It appeared that Reno first baseman Christiansen might have pulled his foot off the bag early, but umpire Scott DeMoulin called the out at first anyway. Cannizzaro made a brief argument, then retreated: “(The umpires) are young, too. That’s why they’re still in Class A.”23

Bryant got the win, scattering seven hits, two walks and a lone run over 8⅓ innings. Couchee earned a save. Romanick took the loss despite an impressive performance, yielding three hits, three walks, and two runs over seven innings and striking out five.24 According to reports, the players enjoyed their big-league interlude: “While the players from Reno and Redwood tried to hide their emotions and not make a fuss about playing in the Big A, it was obvious that most of them were delighted.”25

Redwood had its revenge the next night at Jack Murphy Stadium in San Diego. In front of 37,370 fans, the largest crowd ever for a Class A game, the Pioneers scored two eighth-inning runs and won 2-0. The San Diego Chicken was on hand for the game, and Padres management marked the event by hanging red, white, and blue bunting around the ballpark, World Series-style.26 After that, it was back to the grind. On July 6 – two nights after playing to a major-league crowd in a major-league ballpark – the Pioneers were back home in Sonoma County, playing the Fresno Giants on a discount-ticket night. The attendance: 842.27

Neither Baseball-Reference nor Retrosheet provides box scores of minor-league games, but the July 4, 1981, edition of the Petaluma (California) Argus-Courier published a box score.

Image (1984 Fleer Update #U-101) downloaded from the Trading Card Database.

2 Associated Press, “Reds’ AAA Club Against Riverfront Game,” Marysville (Ohio) Journal-Tribune, June 26, 1981: 10. It appears from the story that the Indianapolis players were not actually asked to play a game in Cincinnati, but were proactively asked by a reporter what they would do if they were.

3 The Baseball-Reference page for the 1981 California League refers to the team as the Reno Silver Sox, but news stories about the July 3 game refer to them without exception as the Reno Padres. Page accessed September 14, 2020.

5 Maloof had not played in, managed, or coached a big-league game as of July 1981. He subsequently spent parts of five years as a big-league coach with the Padres, Marlins, and Royals between 1990 and 2013.

8 The Reno player with big-league experience who did not appear in the July 3 game was pitcher Rusty Gerhardt. Gerhardt, who pitched in 23 games for the parent San Diego Padres in 1974, served as pitching coach for the 1981 Reno team and also appeared in five games.

12 Bohnet never made it to the big leagues, but his brother John did, pitching three games with the 1982 Cleveland Indians.

13 Appropriately, Baseball-Reference indicates that this Ron Hunt finished second on his team with seven hit-by-pitches. (The major-league Ron Hunt retired as the single-season and career HBP leader.)

16 Henry Balta, “Fireworks Are in the Sky, Not on Field, at the Big A,” San Bernardino County (California) Sun, July 4, 1981: C1. That said, 9,556 was still the largest crowd ever to see a Redwood Pioneers game, according to the Petaluma Argus-Courier.

21 Tefertiller, “Romanick Impressive Despite 2-1 Loss to Reno.” Balta’s game account in the San Bernardino County Sun had the two outfielders actually colliding. Other game stories are not specific.