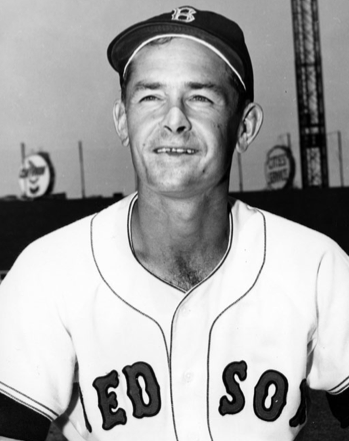 “I guess it shows they play ball in that other league too.” — National league manager Fred Hutchinson 1

Chicago’s Wrigley Field hosted the best of baseball on July 30, 1962, in front of a crowd of 38,359. The All-Star Games had started back in 1933 when the players congregated on Chicago’s South Side to watch the American League defeat the National League at Comiskey Park.

The National League had dominated the game in recent years, and had won the first of two 1962 encounters, 3-1, at Washington. The American League lead in the series now stood at 16-15 with one tie. The NL’s starting lineup featured such stalwarts as Willie Mays, Orlando Cepeda, and Roberto Clemente. Hank Aaron and Frank Robinson started the game on the bench. Some of the luster was gone from the game because beginning in 1959 two All-Star Games were held each summer. Also, the game being played on Monday (rather than the usual Tuesday) meant that some of the players had traveled long distances overnight, and some of the pitchers had no rest and would be unavailable. By late in the game at Wrigley, there had been so many replacements and so many missing stars that “Who’s on First” became a statement rather than a question. In a game punctuated by four National League errors and three American League homers, the American League emerged with a 9-4 win.

Selected to throw out the ceremonial first pitch was Mrs. Arch Ward, widow of the Chicago Tribune sportswriter who came up with the idea for the All-Star game 29 years earlier.

Johnny Podres was the starting pitcher for the National League, a league that boasted future Hall of Fame pitchers Don Drysdale, Juan Marichal, Sandy Koufax, Bob Gibson, and Warren Spahn. Podres was a last-minute replacement for Drysdale, who was unavailable, having pitched for the Dodgers the day before. The American League countered with rookie Dave Stenhouse (10-4) of the Washington Senators, although the league could boast of the likes of Whitey Ford, Jim Bunning, Jim Kaat, and Camilo Pascual. Pascual had been the intended starter, but when the Twins ace reported that he had a sore elbow, manager Ralph Houk made the last-minute change. Stenhouse, who had originally been signed by Cubs scout Lenny Merullo, said, “The first I knew I was going to start was when Ralph Houk tapped my shoulder on the bus to Wrigley Field. ‘You’re going nine today,’ he said.”2

In the early innings, it looked as though the National League would continue its dominance, but the AL’s Stenhouse was able to elude catastrophe. In the first inning, Stenhouse hit Dick Groat with a pitch and yielded a single to Mays. A wild pitch advanced the runners and a walk to Cepeda loaded the bases with one out but Stenhouse retired the next two batters.

After Podres pitched two scoreless innings, allowing a leadoff hit to Minnesota’s Rich Rollins but little else, the National League broke through against Stenhouse in the bottom of the second. Following a two-out double by Podres, Pittsburgh’s Groat singled and the NL led 1-0.

Art Mahaffey of Philadelphia took over on the mound for Podres in the third inning and the American League, not at a loss for sluggers in recent years, started to pound away. Although Mickey Mantle was scheduled to start and had put on quite a show in batting practice, a knee strain suffered in the game the day before made him unable to run. Manager Houk scratched him from the starting lineup. Nevertheless, the starting outfield of Leon Wagner, Roger Maris, and Rocky Colavito (Mantle’s replacement) had combined for 134 homers in 1961, and between them would provide three extra-base hits.

The first show of power, however, came from an unlikely source. Mahaffey’s first batter was Pete Runnels of Boston, who came on as a pinch-hitter for Stenhouse. The 1960 American League batting champion, not known for his power, homered off Mahaffey on a 3-and-2 pitch. The next inning, after a walk to Minnesota’s Earl Battey, Wagner of the Angels, who had begun his career with the Giants in 1958, hit a two-run homer to extend the lead. The lead could have been greater. After the Runnels homer in the third, Billy Moran of the Angels reached on an error by Groat. Then, with two outs, Colavito smashed a drive to left field that was dropped by the Dodgers’ Tommy Davis. Davis recovered in time to fire a bullet to cutoff man Ken Boyer who gunned down Moran, trying to score from first on the play.

Pitching the next three innings for the AL was another largely unheralded arm who had been added to the squad days before the game. Ray Herbert of the White Sox had had an unremarkable career to that point, but he had a sinkerball that produced outs. He also was supported by superlative defensive work. Six of the outs he recorded were via groundballs including double plays off the bats of Cepeda and John Roseboro. He was also helped by a defensive gem by Wagner. The left fielder charged an opposite-field fly ball off the bat of George Altman and made a sliding catch for the third out of the fourth inning.

The AL added to its lead while the NL bats were dormant. Bob Gibson had replaced Mahaffey on the mound and pitched a scoreless fifth inning. In the sixth inning with two out, Tom Tresh of the Yankees doubled off Gibson to drive in pinch-runner Al Kaline with his team’s fourth run, but was thrown out after rounding second base a bit too far. In the next inning when Dick “Turk” Farrell took the mound for the National League, the AL built the cushion to six runs. A one-out walk to Brooks Robinson was followed by a fly ball to short center field by second baseman Billy Moran. Aaron charged the ball, grabbed it and threw to first, doubling off Robinson, only to have umpire Ken Burkhardt rule that Aaron had trapped the ball. After Maris forced Moran at second for the inning’s second out, Colavito smacked a three-run homer.

The National League would chip away at the 7-1 lead when a sledgehammer was required. In the bottom of the seventh, Hank Aguirre was in his second inning on the mound for the AL. With one out, Richie Ashburn, who was finishing up his career with the Mets, singled and advanced to third on a double by Frank Bolling. The infield was playing back and conceded a run when Groat grounded out to shortstop.

The next inning provided an opportunity for the crown to cheer its hometown heroes. With one out, Ernie Banks stepped to the plate. He had entered the game in the fifth inning, replacing Cepeda at first base. Banks tripled to deep center field and scored on a groundout by his Chicago teammate Billy Williams, but the deficit was still four runs going into the ninth inning.

Marichal had taken the mound for the NL in the eighth inning and pitched a scoreless inning before sloppy play in the ninth inning resulted in the final two runs for the AL. Yogi Berra led off for the AL as a pinch-hitter and grounded to third base. NL third baseman Eddie Mathews, after bobbling the ball, overthrew first base, allowing Berra to advance to second. Mathews was charged with two errors on the play. With Maris at the plate, Bobby Richardson, pinch-running for Berra, advanced to third on a wild pitch. A double by Maris scored Richardson, and Maris subsequently scored on a fly ball by Colavito.

In the ninth inning, Roseboro of the Dodgers came to plate as the first batter. He had entered the game in the fourth inning and was hitless in his first two at-bats. Roseboro connected and sent a Milt Pappas pitch over the right-field fence. It was the only hit and run off Pappas, who retired the next three batters to secure the win for the American League.

Herbert was awarded the win and Mahaffey absorbed the loss as the AL’s 9-4 win put its record in All-Star contests at 17-15-1. The following season, the major leagues reverted to the one-game format.