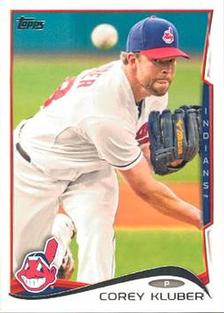 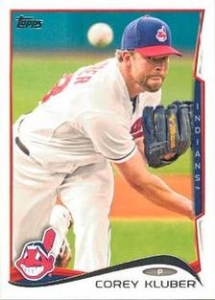 When Seattle visited Cleveland on July 29, 2014, for the start of a three-game series, both teams were in third place in their respective divisions. The Mariners had lost five of their last six games and trailed AL Western Division leader Oakland by 11½ games. The Indians had lost six of seven games before winning the finale of a four-game series in Kansas City, and were 6½ games behind first-place Detroit in the AL Central Division.

Seattle took Tuesday’s opening game, 5-2, dropping the Indians’ record to 52-54. The next afternoon the Indians traded Justin Masterson, their number-one starter heading into the season, to St. Louis for minor-league outfielder James Ramsey. Masterson, an All-Star in 2013, was eligible for free agency at the end of the season. He had struggled in 2014, posting a 4-6 record and a 5.51 ERA in 19 starts. Indians manager Terry Francona and general manager Chris Antonetti met with players after the trade was announced to emphasize that the team was not mailing in the 2014 campaign. “I think they’re very aware of that,” said Francona. “Anybody that stands next to me in the dugout knows that’ll never happen.”1

Starting the July 30 game for the Indians was their new ace, Corey Kluber. The 28-year-old right-hander became a regular member of Cleveland’s pitching rotation in 2013 after being called up from the minors in mid-April, posting an 11-5 record and a 3.85 ERA. So far in 2014 Kluber was 10-6 and had lowered his ERA to 2.77. Seattle countered with Felix Hernandez, also a 28-year-old right-hander and the ace of the Mariners staff. Hernandez made his major-league debut at age 19 in 2005 and had started 30 or more games for the Mariners in each of the last eight seasons. The 2010 Cy Young Award winner was having another fine year in 2014, with an 11-2 record and a 1.99 ERA.

The Indians players decided before the game to wear their socks up in honor of Masterson, who always wore his socks high. “No one told me until about 15 minutes before the game, so I had to go running up to the clubhouse,” Kluber said later.2 The last-minute dash did not affect Kluber’s performance in the first inning; he needed only eight pitches to retire the Mariners on a fly out and two groundouts. In the bottom of the inning, Hernandez matched Kluber, using only eight pitches as the Indians went down in order on a fly out and two groundouts.

The first inning set the tone for the game. A one-out single by Kyle Seager of the Mariners in the top of the second was erased when the next batter hit into a double play. Hernandez needed only six pitches in the bottom of the second to retire the Indians on three fly balls to left. Both pitchers faced only three batters in the third inning, with Kluber striking out two and Hernandez one.

Seattle’s Robinson Cano hit a two-out single to right-center field in the top of the fourth. He advanced to second base when right fielder David Murphy misplayed the ball for an error, but was stranded there after the next batter hit a weak groundball to first for the final out. In the bottom of the inning, Hernandez set the Indians down in order for the fourth straight time, striking out the final two batters. After Seattle’s third hit of the game, a one-out single by Logan Morrison in the top of the fifth, Kluber induced another inning-ending double play on a weak grounder to third.

Leading off the bottom of the fifth, Carlos Santana became the first Cleveland baserunner of the game when he walked on a 3-and-2 pitch. Lonnie Chisenhall doubled to deep right-center field, with Santana stopping at third. Nick Swisher reached on an infield single to the right side of the infield, but Santana held at third.

With the bases loaded, David Murphy grounded to first baseman Morrison, who threw home to force Santana for the first out of the inning. But Yan Gomes hit a sharp groundball past first base for a double, scoring Chisenhall and Swisher, with Murphy moving to third. Murphy was thrown out at home by the first baseman on Chris Dickerson’s groundball, as Gomes took third. After Dickerson stole second base, Jason Kipnis struck out to end the inning.

With the score now 2-0 in favor of the Indians, Kluber did not allow another Mariner to reach base. He needed only 32 pitches over the last four innings to retire the final 12 Seattle batters. Allowing only three singles and no walks in the contest, Kluber faced only one batter over the minimum number of 27, as two of the three Seattle baserunners were eliminated by double plays. Pitching the first complete-game shutout of his career, he struck out eight and threw only 85 pitches, 69 of which were strikes.

After the Indians had scored their two runs in the fifth, Hernandez allowed only a walk in the sixth and a single in the seventh before Joe Beimel replaced him at the start of the eighth inning. In seven innings of work, Hernandez allowed four hits and two walks while striking out five.

Praising Kluber’s performance in the 2-0 win, Cleveland pitching coach Mickey Callaway said, “He did everything you could possibly want a pitcher to do. Everything you stress from Little League to the first day of spring training this year – 0-and-0 strikes, 1-and-1 strikes, control the count, pound the zone. I mean he did it all and it was fun to watch.”3

Although he took the loss, Hernandez set a big-league record with his 14th straight start in which he pitched at least seven innings and allowed no more than two runs, passing Tom Seaver, who did it 13 times in 1971.4

With strong performances in August (Cleveland was 18-9 and Seattle 17-10 for the month), both clubs were in contention for a wild-card playoff spot as September began. Both fell short. Oakland claimed the final spot with 88 wins, finishing one game ahead of Seattle and three games ahead of Cleveland. Kluber won his last five starts in September, recording 54 strikeouts and only 5 walks over 40⅓ innings, and logging a 1.12 ERA during that stretch. He ended the year at 18-9, with a 2.44 ERA and 269 strikeouts in 235⅔ innings. Hernandez posted a league-best 2.14 ERA for the season, with a 15-6 record and 248 strikeouts in 236 innings.

Hernandez was considered the favorite to win his second Cy Young Award, but he finished behind Kluber in the balloting. Of the 30 members of the Baseball Writers Association of America voting for the award, 17 had Kluber first and 13 had Hernandez first.5 Considering them both worthy of the honor, one writer explained his vote this way, “In the end, I voted Kluber because I valued his slightly superior strikeout rate and lower home-run rate just a tiny bit more than I valued King Felix’s better run prevention. The Mariners seemed to me a better defensive team than Cleveland, and Safeco [Seattle’s home ballpark] seemed to me a little bit better pitcher’s park, and so that was the call.”6

“I was fully expecting Felix to win,” said Kluber. “He had an outstanding year. I just assumed with the year he had, who he is and all the stuff he’s done in the past, he was going to win.”7  Tribe catcher Yan Gomes believed Kluber should have been the front-runner to win the Cy Young. “To me he was pretty much a hands-down (winner),” Gomes said.  “The way he carried our pitching staff, especially after they traded Justin Masterson, he definitely helped us out. His last three games were amazing.”8 When asked how he would celebrate the award, the self-effacing Kluber said, “Probably go home and give my daughters a bath.”9

4 “Kluber Mows Down Mariners.” With his next two starts, both wins, Hernandez extended the streak to 16 games before lasting only five innings in a loss at Detroit on August 16.