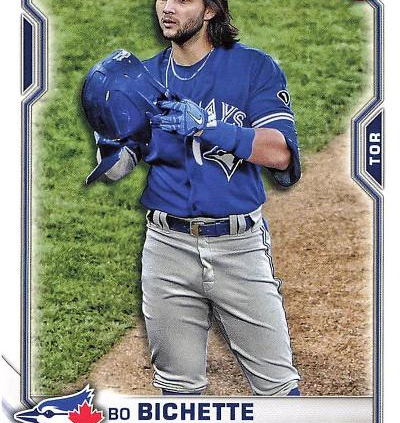 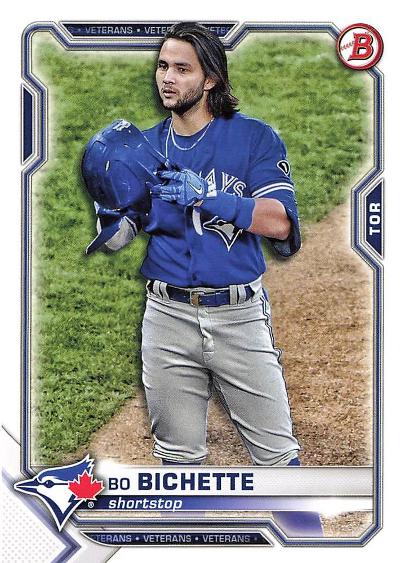 Although the COVID-19 pandemic impacted all 30 major-league baseball teams significantly, it is likely that nobody endured more grueling challenges than the Toronto Blue Jays. Like their namesake bird, the Blue Jays forsook a permanent residency in favor of a migratory pattern that saw them play regular-season home games in Washington, D.C.; Dunedin, Florida; and Buffalo, New York, during the 2020 and 2021 campaigns. The decision by the US and Canadian governments to close their border to nonessential travel meant that professional sports teams, including the Blue Jays, could not play in Canada.

After persistent lobbying by Blue Jays President and CEO Mark Shapiro,1 the Canadian government granted a “national interest exemption” in July 2021 that allowed the Blue Jays and visiting teams to enter Canada under strict conditions.2 Restrictions included pre- and post-arrival testing for players and team personnel, as well as limitations on nonvaccinated entrants that prohibited them from interacting with the general public and from traveling to any location aside from the team hotel and Rogers Centre.3

The Province of Ontario also granted the Blue Jays authorization to host up to 15,000 fans during their first homestand—which began on July 30 against the Kansas City Royals—while the team pledged to keep the ballpark’s retractable roof open as often as possible to ensure adequate ventilation.4

With bureaucratic and public-health requirements finally met, the Blue Jays were set for their first regular-season game in Toronto since September 29, 2019.5 The team bus brought the players directly to Rogers Centre from the airport at 4 A.M. on game day. Blue Jays utility player Cavan Biggio summed up his team’s first impressions: “It’s almost like a big breath of fresh air … being home. … This year has been kind of crazy, going from Dunedin to Buffalo and now finally back here—it finally feels right.”6

For many Blue Jays, the evening marked their first game in Toronto for the home side. One such player was the game’s starting pitcher, Ross Stripling, who was surprised by the fan reception as he left the clubhouse to begin his pregame warmup. “Just instantly, the second I was out of the dugout, people were cheering, screaming my name,” he commented. “The signs, it seemed like everyone had a sign: ‘Welcome Home.’ I was playing catch. … I got all the way almost to right field. And people started screaming while I’m over there. The energy, I could feel it. … And it only built as more people piled in.”7

Given that the game served as the Blue Jays’ unofficial 2021 home opener, the team held a pregame ceremony that saw them enter the field through an open gap in the center-field wall. The arriving players were flanked by an honor guard of health-care workers from the Toronto General Hospital’s intensive-care unit waving team flags, as the crowd of 13,446 showed their appreciation with a standing ovation.

As the players gathered in the infield, over 200 members of the Canadian Armed Forces unfurled a giant Canadian flag across the outfield in tandem with the singing of “O, Canada,” the national anthem. The ceremony concluded with the Blue Jays’ four 2021 All-Stars—Marcus Semien, Teoscar Hernández, Bo Bichette, and Vladimir Guerrero Jr.—each throwing out the first pitch to longtime ticket-holders.

The weather at game time saw clear skies with a relatively cool temperature of 69 degrees. Interestingly, the game coincided with the major-league trade deadline at 4 P.M. While both the Blue Jays and Royals entered the series in fourth place in their respective divisions, they were trending in opposite directions. Playing slightly better than .500 baseball and contending in the AL wild-card race, Toronto made several acquisitions at the trade deadline.8 In contrast, after a strong April, Kansas City lost 27 of 45 games over May and June to drop out of the race and become sellers at the deadline.9

Stripling began the game with a called first strike to Whit Merrifield, who then flied out to Randal Grichuk in right field. After Kansas City went scoreless in the top of the first, Royals rookie Daniel Lynch, who was making his fifth start of the season, held Toronto scoreless in the bottom of the inning.

Toronto registered the first run in the bottom of the second, when Hernández launched Lynch’s first pitch into the left-field seats. Upon his return to the dugout, Hernández was presented with the team’s new celebratory home-run jacket, which had debuted in Boston the night before.10

The Blue Jays continued to rally as George Springer scored Grichuk on a double to left field to pull ahead by two. They added another run in the third inning when Lourdes Gurriel singled home Bichette from second base.

Trailing 3-0, the Royals got on the board in the fifth inning when Jarrod Dyson singled and scored on a triple by Nicky Lopez. They inched closer in the sixth when Salvador Perez hit a Stripling pitch into the Blue Jays’ left-field bullpen for his 26th home run of the season, cutting the deficit to 3-2.

That prompted Toronto manager Charlie Montoyo to remove Stripling from the game in favor of Tim Mayza. Mayza, enjoying a strong season in relief, made easy work of the Royals by retiring all five batters he faced, including two strikeouts.

Domingo Tapia replaced Lynch to start the seventh inning. Toronto loaded the bases before pinch-runner Breyvic Valera scored from third base when Kansas City turned a double play on Semien’s grounder. With Springer on third, Bichette sent a line drive over the right-field fence for a two-run homer, making him the second Blue Jay to don the home-run jacket and giving Toronto a commanding 6-2 lead.

Newly acquired reliever Brad Hand pitched the eighth for Toronto, surrendering one unearned run off an infield single by Merrifield. Blue Jays closer Jordan Romano entered the game to begin the ninth and pitched a dramatic inning for his ninth save. A native of the Toronto area, Romano allowed a single to Hunter Dozier, who moved to third after a stolen base and wild pitch. Dozier scored on a groundout by Michael Taylor, which was originally scored an infield single but overturned after a video review challenge.

With two outs and the crowd on its feet, Dyson hit a bloop popup behind third baseman Santiago Espinal, who stretched to make a barehanded, over-the-shoulder catch for the final out.

After the game Montoyo likely summed up the feelings of many Blue Jays’ fans, commenting, “You know, today, honestly, was one of my best days in baseball. And I’ve been around for a long time. … I’m never going to forget this day.”11

The Blue Jays’ return to Toronto appeared to have a positive influence on the team, which went 25-12 at Rogers Centre over the remainder of season for a total of 91 wins, finishing one game behind the New York Yankees for the final AL wild-card berth. The Royals played close to .500 baseball the rest of the way to finish in fourth place in the AL Central Division, 19 games behind the division winner Chicago White Sox.

In addition to the sources cited in the notes, the author consulted Baseball-Reference.com and Retrosheet.org for pertinent information, including the box score and play-by-play.

1 Mark Shapiro’s lobbying was so intense during the early days of the COVID-19 pandemic that he was reportedly in “near-daily contact with federal government officials.” Shi Davidi, “Blue Jays Planning to Play in Toronto or Dunedin if MLB Returns,” Sportsnet.ca, June 18, 2020, https://www.sportsnet.ca/baseball/mlb/blue-jays-planning-play-toronto-dunedin-mlb-returns.

5 The resulting gap of 670 days was the longest span without a regular-season game played in a team’s hometown in major-league history. It was also the longest absence of major-league baseball in Canada since the Expos played their first game in Montreal in 1969.

9 The Royals’ trade deadline activities were mainly focused on building for the future: reliever Joel Payamps was acquired from the Toronto Blue Jays in exchange for cash considerations; starting pitcher Danny Duffy was sent to the Los Angeles Dodges in exchange for prospect Zach Willeman; and outfielder Jorge Soler was traded to the Atlanta Braves for prospect Kasey Kalich.