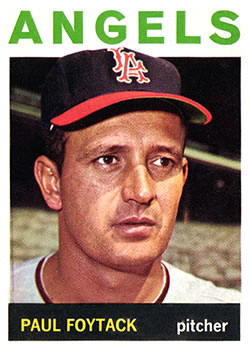 For all intents and purposes, the ballgame did not figure into a pennant race. The Cleveland Indians and Los Angeles Angels were atop the second division of the American League as they began a four-game set at Cleveland Stadium on July 29, 1963. The Tribe trailed the first-place New York Yankees by 15 games, and the Angels were right behind at 16½ games.

The apathy of the home crowd was evident by the empty seats. The first two games of the series, both won by Los Angeles, were witnessed by a combined 9,648 fans. No doubt there was more interest in the Cleveland Browns, who opened their training camp at nearby Hiram College. The big debate at corner bars centered on whether Frank Ryan or Jim Ninowski would win the starting assignment at quarterback. Any issues about the Indians were an afterthought.

By winning the first two games of the series, the Angels inched past Cleveland in the standings. The series wrapped up with a Wednesday evening doubleheader. The games were a stark contrast to each other. In the opener, Cleveland sent right-hander Barry Latman to the hill to face another righty, the Angels’ Fred Newman. The Indians won, 1-0. Latman was superb, striking out 10 and scattering four hits en route to his sixth victory. Fred Whitfield provided all the offense for Cleveland when he deposited a Newman fastball into the right-field seats for a solo home run. The seventh-inning blast was the ninth of the season for the first baseman. The game was played at a sprinter’s pace, taking just one hour, 40 minutes before a crowd of 7,288.

As much as Latman deserved credit for the fine game he twirled, many were praising his catcher, Joe Azcue. Cleveland’s starting catcher, John Romano, was sidelined with a badly sprained thumb. Azcue, despite a left-eye infection that blurred his vision, took his spot. “Joe Azcue should be given the Congressional Medal for going behind the plate,” Cleveland general manager Gabe Paul said.1

Indians third-base coach George Strickland also compliment Azcue. Strickland was handling the team’s managerial duties after skipper Birdie Tebbetts fell ill in the previous series. “This guy has a lot of guts,” Strickland said of Azcue. “He’s going out there again to catch with one eye.”2

In the nightcap, the Angels gave the starting assignment to right-hander Eli Grba. The 28-year-old from Chicago was making his only start of the season. He spent the bulk of the year at Hawaii of the Triple-A Pacific Coast League. He was 9-7 for the Islanders and 1-1 for the Angels. Strickland gave the ball to Pedro Ramos (4-4, 3.42 ERA), who had been traded from the Minnesota Twins to Cleveland just before the 1962 season. Ramos was unfortunately noted for leading the AL losses for four straight seasons (1958-61). Once again, Azcue was behind home plate.

The Angels’ Lee Thomas got the scoring underway when he stroked a two-out home run off Ramos in the top of the first inning. The round-tripper was the ninth of the season for Thomas.

The slim 1-0 advantage held until the bottom of the third inning. With one out, Ramos himself hit a home run over the left-field fence to even the score. (Ramos had 15 major-league home runs.) It did not stay tied for long. Tito Francona and Larry Brown got aboard with consecutive singles and Willie Kirkland walked to load the bases. Don Lee relieved Grba and struck out Max Alvis. But Whitfield came through, blasting a grand slam into the upper deck in right field to push the Tribe to a 5-1 lead.

Ramos hummed right along as he kept the Angels off the scoreboard. He rang up 10 strikeouts in the first six innings.

The Indians added to their advantage in the sixth inning. Los Angeles had brought Paul Foytack into the game in the fifth, and he had little difficulty in retiring the Indians. The sixth frame started out as a carbon copy; Foytack struck out Azcue and got Al Luplow to fly out to right field. 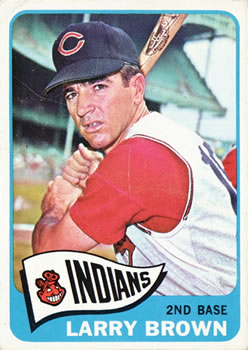 Then the home-run parade continued for Cleveland. Woodie Held homered to deep left field. Ramos, who had only one hit for the season when the game began, homered to left for the second time. Francona followed with a home run to right, and rookie Larry Brown hit his first major-league home run, to left field. In piling up a 9-1 lead, the Indians tied a major-league record with four consecutive home runs. The Milwaukee Braves did it first, on June 8, 1961, as Eddie Mathews, Hank Aaron, Joe Adcock, and Frank Thomas all went deep. Adcock was now a member of the Indians, platooned with Whitfield at first base.

The Angels started making some noise of their own in the top of the seventh inning. Ken Hunt and Albie Pearson singled and Hunt scored on Jim Fregosi’s double to right field. Pearson scored on Thomas’s groundout. Leon Wagner connected for his 21st home run of the season, bringing home Fregosi. “I got a little bit mad,” said Ramos, “and I bore down harder after that.”3 Indeed he did, striking out the next five Angels.

Trailing 9-5, the Angels had runners on first and second in the top of the ninth inning. Gary Bell came in to get a game-ending double play off Thomas. It was Bell’s second save. The 15 strikeouts were a career high for Ramos.

Foytack was good-natured about his long day. “At least I’ve got to go in the record books. I’m sure no one else ever threw four back-to-back homers,” he said.4 Of Brown’s record-tying shot, Foytack said, “I was trying to brush him back. It shows you I didn’t know where my pitches were going.”

“When the man before you homers, you stay loose,” Francona said. “When two men homer, you’re looser. I was ready to jump back. Instead the ball jumped out.”5

“I hit the ball on the handle,” said Ramos. “But I use a heavy bat and I’m strong. Either I strike out or hit a homer.”6

“Funny thing,” said Brown, “on the second strike, I pulled a nerve in my neck as I swung. I had to shake it off before I went back into the box.”7

The Indians finished in fourth place in the AL in 1963. Los Angeles finished ninth. During the offseason, Cleveland sent Latman and Adcock to the Angels for Wagner. “Daddy Wags” became one of the more popular players in Cleveland. He belted 97 homers in his four-plus seasons for the Indians.

Foytack pitched in two games the next season, and then career in the big leagues ended. “What else is there to do but laugh?” he said of the homer barrage. “I was glad to get out of there alive. It’s the first time I ever was cheered by the fans after leaving the mound on being knocked out.”8

In addition to the sources mentioned in the Notes, the author consulted baseball-reference.com and retrosheet.