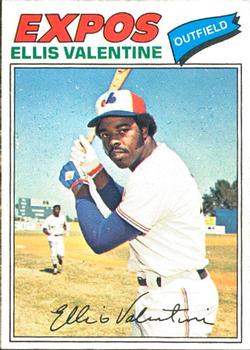 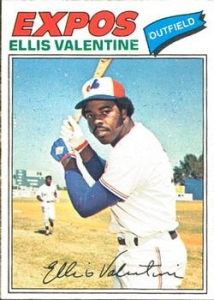 “I was surprised (manager Herman Franks) called on me, but I would do it again, if needed. My best pitch was the home run ball.” – Cubs first baseman-outfielder Larry Biittner after yielding three homers in his major-league pitching debut.1

In the first game of a Fourth of July doubleheader at Wrigley Field that proved entertaining in its own way to the 31,641 in attendance, the Montreal Expos won a laugher, 19-3. It was a game that saw the Cubs call on Larry Biittner, who usually was stationed at first base or in left field, to pitch the last four outs. During Biittner’s pitching career, the score went from 11-2 to 19-3. The hitting stars for the Expos were Warren Cromartie (5-for-5) and Ellis Valentine (two home runs).

Montreal’s final at-bat featured a bit of the absurd. After Biittner yielded his second homer, a blast by Valentine, his 1-and-1 pitch to the next batter, Del Unser, came inside and Unser had to turn away from a pitch that definitely was not breaking any speed limits. Plate umpire Terry Tata issued a warning to the “pitcher.” Cubs manager Herman Franks took exception to the warning and was ejected by Tata. The fans in the bleachers took up a collection to pay the fine given to Biittner for the “beanball.”

It just wasn’t the Cubs’ day. Ace reliever and future Hall of Famer Bruce Sutter stayed in the bullpen along with his 0.77 ERA in the first game. He would prove ineffective in the 7-6 second-game loss as the first-place Cubs saw their league lead drop to four games.

The Cubs, as the day began, led the NL East by 5½ games over the Philadelphia Phillies. But the Cubs were slumping. After winning 17 of 21 games between June 6 and June 28 and racing to an 8½-game lead, they had dropped four of five games. Meanwhile, the fifth-place Expos were showing signs of life. While the Cubs were losing, the Expos were winning and came into the doubleheader having won four in a row.

Ray Burris started the game for Chicago and, seemingly before the end of the National Anthem, the Cubs were behind 4-0. After a first-inning leadoff walk to Dave Cash and a single by Chris Speier, Valentine hit his first homer of the game. Singles by Tony Perez and Cromartie, sandwiched around a force groundout by Gary Carter, sent Burris to an early exit. Donnie Moore came in from the bullpen and limited the damage. Carter scored from third when Andre Dawson forced Cromartie at second and Moore picked Dawson off first base to end the inning.

The Cubs scored a pair in the first inning off Expos veteran starter Jackie Brown to halve the margin. After Ivan de Jesusdoubled, Greg Gross singled him home. He subsequently advanced to third base and scored on a fly ball by Bobby Murcer. Then the Cubs’ bats took a rest.

The Expos regained the four-run margin in the next inning. Singles by Wayne Garrett and Brown and a sacrifice by Cash put runners on second and third. A single by Speier brought home Garrett. Then, with Valentine at the plate, Moore balked Brown home with the Expos’ sixth run.

Moore stayed in the game and balked in his second run in as many innings in the top of the third. Cromartie was at third base. He had doubled and moved to third when third baseman Steve Ontiveros threw away Dawson’s gounder. Moore’s balk brought in Cromartie and the score was 7-2.

Things quieted down, and Chicago was unable to chip away at the deficit. The Expos pulled away with two runs in the fifth on a single by Carter and doubles by Cromartie and Dawson, the latter double prompting the exit of Donnie Moore. Manager Franks of the Cubs did a double switch, more to conserve arms than anything else. Jim Todd came in to pitch and Mick Kelleher entered the game at second base.

Todd was cruising along, albeit with the score 9-2 against him, until Cromartie came up in the top of the seventh inning. In his first three at-bats, Warren had hit a single and a pair of doubles. He was not about to allow Todd to escape unharmed and clubbed his third straight double. He then went station to station, advancing to third on a grounder by Dawson and scoring when Kelleher misplayed a grounder by Garrett.

Todd’s inability to contain Cromartie led to the Expos extending the lead to 11-2 in the eighth inning. With pinch-runner Del Unser at third, Cromartie singled to center field and was given the rest of the game off, leaving for pinch-runner Sam Mejias. A single by Dawson put runners at first and second with two outs.

At that point Cubs manager Franks elected to give the Cubs’ pitching staff a break. Into the game came Larry Biittner. The first batter he faced was Larry Parrish, no stranger to Montreal blowouts. In a 14-4 win at St. Louis on May 29, 1977, Parrish had hit three homers. This time he hadn’t started the game. Left-handed hitter Wayne Garrett was due up, but Expos manager Dick Williams inserted the right-handed Parrish as a pinch-hitter. Parrish’s eighth homer of the season, on a 1-and-2 count, made the score 14-2. Biittner then struck out opposing pitcher Brown to avoid, for the time being, further damage.

Brown of Montreal, pitching in the sauna of a July afternoon in Chicago, stayed in the game and yielded another run in the bottom of the eighth inning. It was a rerun, of sorts, of the first inning. Ivan de Jesus led off with a single and was doubled to third base by Greg Gross. After Bill Buckner struck out, Bobby Murcer grounded out, scoring de Jesus. There was no further scoring, and the game, mercifully, went to the ninth inning.

Biittner was back on the mound and the Expos, realizing that you never have enough runs at Wrigley Field, were not about to take their collective feet off the accelerator. With one man on, Ellis Valentine slugged his second homer of the game and 16th of the season. Del Unser, after eluding Biittner’s 1-and-1 pitch, struck out, but Gary Carter was not about to make the last out. He singled, as did Sam Mejias, before Andre Dawson’s three-run homer ended the scoring. Biittner then struck out Larry Parrish. Three of the four outs recorded by Biittner were strikeouts. The six runs he was charged with brought his ERA to 40.50. His career as a pitcher was over.

Brown took the mound in the bottom of the ninth and completed the game without incident, striking out Mick Kelleher for the final out. Brown had scattered nine hits and struck out five in securing his sixth win of the season against six defeats.

In the second game of the doubleheader, the Expos won by a more conventional 7-6 score for their sixth consecutive win.

The Cubs’ woes would continue. They tumbled to fourth place and wound up the season with an 81-81 record. They dropped 53 of their last 86 games. The Expos finished the season in fifth place with a 75-87 record. It was their ninth year in the league, and they finished with a sub-.500 record in each of those seasons. It wasn’t until two years later that they finished above .500 for the first time.

Ernie Banks was inducted into the Hall of Fame five weeks later. He was famously quoted as saying on many occasions, “It’s a beautiful day for baseball; let’s play two.” What happened on July 4, 1977, was not necessarily what he had in mind.

In addition to the source shown in the Notes and Baseball-Reference.com, the author used: