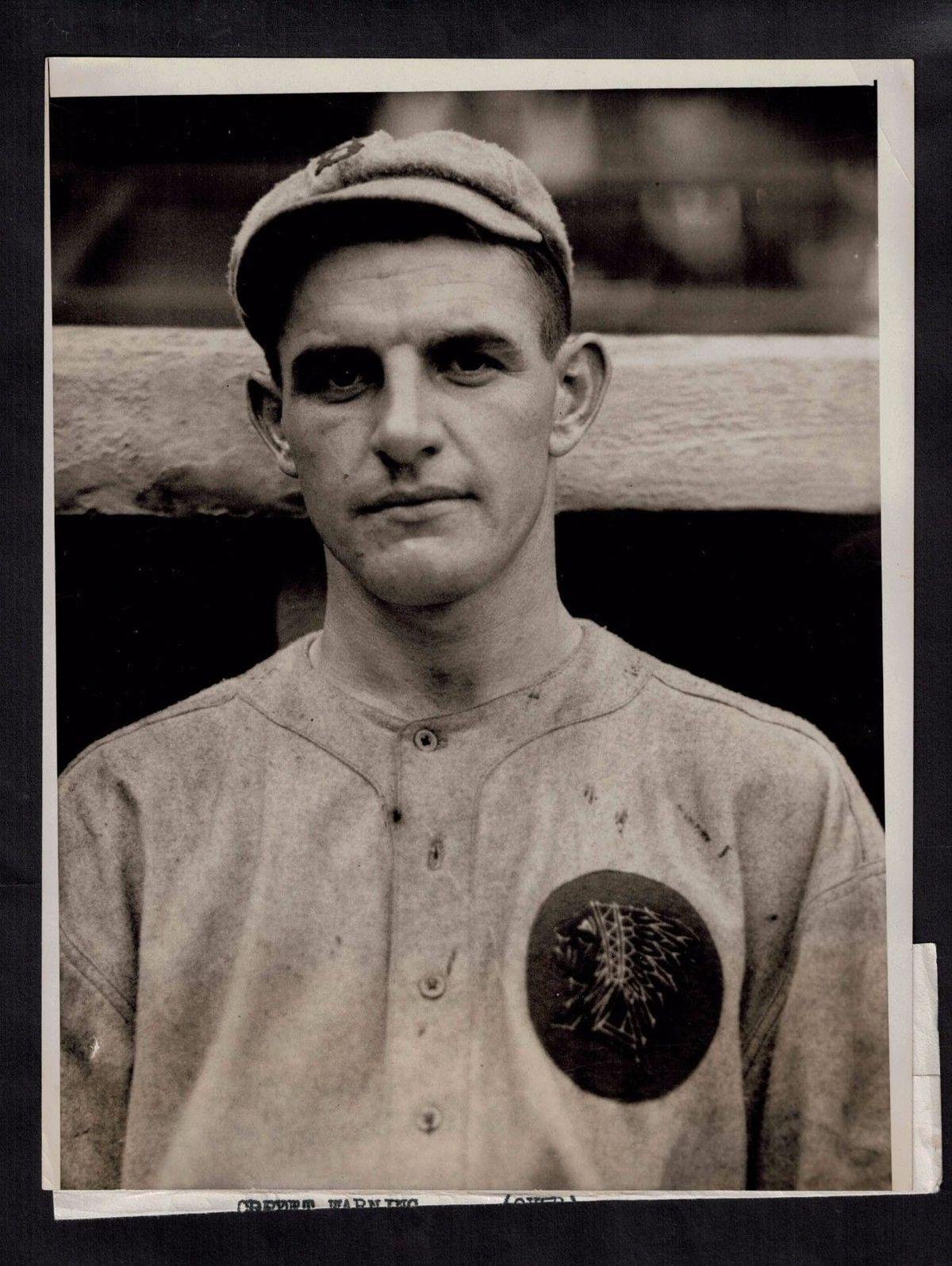 Thanks to sterling pitching, no clutch hitting, and two umpiring controversies, the Braves and the Reds settled for a memorable tie featuring a bizarre 2-3-5 double play concluding at home plate that extended the contest so that it ended as the longest scoreless duel in major-league history to date.

Cincinnati’s Fred Toney yielded only two hits1 in 11 innings before giving way to Pete Schneider, who gave up just one hit in five frames. Boston ace Dick Rudolph threw one more inning than Toney but gave up 11 hits. Rudolph made superlative fielding plays to keep the game scoreless; the last such play resulted, however, in a hand injury that required Tom Hughes to pitch after Pete Compton pinch-hit for Rudolph.

With foul weather plaguing the Hub, the Braves had not played since June 7, and the Reds had not taken the diamond since June 6. The game started late to let the field, “a quagmire,”2 dry, but the delay did not faze Rudolph, who fanned the three Cincinnati batters in the top of the first.

In the second inning, Boston captain Johnny Evers, a record umpire-baiter,3 could not stay out of the fray even on a day when he was too injured to play. “Dick Egan was called out on strikes, and started to sputter. Johnny Evers … directed his remarks at Pitcher Toney. … Johnny told Pitcher Toney that he, Johnny, had once fired him.”4

Umpire Ernest Quigley ejected Evers for insulting the visiting pitcher. As Cubs manager in 1913, Evers had sold Toney, owner at the time of a 2-2 record with a 6.00 ERA, to the minors. Three years later, Evers tried to get Toney off his game, but his antics backfired. “In great measure the laurels of the day swung to Toney[, who] was in rare form.”5

Toney’s 11 innings represented less than his average appearance in his preceding starts, a 16-inning complete-game win on May 31 followed by a 10-inning complete-game win on June 5. In three starts, Toney pitched 37 innings and gave up just 17 hits. “Pitching a team-high 300 innings in 1916, Toney posted a 2.28 ERA but compil[ed] a 14-17 record. In August of that year he stated that he could be a 25-game winner if the Reds would give him the four runs per game he felt he deserved, instead of the 2.5 runs he thought he was receiving.”6

Boston got its first hit in the bottom of the second inning when Ed Konetchy singled. Konetchy stole second but stayed stranded after Toney struck out two.

In the top of the third, former Brave Buck Herzog, the Reds’ player-manager, singled before Rudolph started a 1-6-3 double play via future Hall of Famer Rabbit Maranville.

In the top of the fourth inning, left fielder Greasy Neale singled. Neale, later a starter for the 1919 world champion Reds and coach of the 1948 and 1949 NFL champion Philadelphia Eagles, lit out for second too soon. Rudolph threw to first. Boston tagged out Neale in a rundown, but Neale would stay aggressive.

In the top of the ninth inning, Neale singled again, and Rudolph had him picked off again. But bad throws by Konetchy and Maranville sent Neale to third with two outs. To the plate strode Hal Chase, who would bat a league-leading .339 in 1916. “It was a narrow squeak for Rudolph as Chase all but got an infield single on a slow roller toward third. Only just in time did Rudolph secure the ball and get his man at first while a Red was legging it across the plate.”7

In the top of the 10th, Cincinnati got two on thanks to a single by first baseman Fritz Mollwitz and an intentional walk to Herzog after a wild pitch, but Baldy Louden hit into a fielder’s choice to end the rally.

Boston had major threats in each of the first three extra innings. In the bottom of the 10th, Egan walked. Batting for Tragesser, Zip Collins reached on a fielder’s choice/sacrifice when Reds catcher Ivey Wingo threw too late to second to try to cut down the lead runner. Declining to bat for Rudolph with two on and none out, Stallings ordered a bunt. But Wingo “made a beautiful play on what looked like a perfect sacrifice by Rudolph, forcing [Ed] Fitzpatrick, who was sent in to run in place of Egan, at third.”8

In the 11th, Wilhoit hit a leadoff double, Boston’s only extra-base hit, which, “[o]n a dry field … would have been good for three bases.”9 Sherry Magee popped out to Wingo, then Herzog took Konetchy’s grounder and gunned down Wilhoit at third. Facing his final batter, Toney retired Red Smith.

In the top of the 12th, the Reds loaded the bases with two outs after getting multiple hits in an inning for the only time in the game. Herzog replaced Toney with pinch-hitter Tommy Clarke, who “came so close to breaking up the game that there was no fun in it. Clarke hit the ball hard and on a line. It was whistling past Rudolph when the latter stuck out his bare hand and stopped the burning drive dead to toss out the hitter.”10

The game’s great controversy occurred in the bottom of the inning. Fitzpatrick walked. Hank Gowdy, resting to heal a spike injury, had replaced Tragesser behind the plate after Zip Collins pinch-hit, and sacrificed Fitzpatrick to second. With Rudolph already throwing 12 innings and now having a hurting hand, Braves manager George Stallings turned to Compton.

Pete Compton hit a swinging bunt, but “[t]he speedy Ivy Wingo was on the ball like a shadow”11 and “had gone nearly half way to first to retrieve the ball,”12 which he threw to Mollwitz at first. With “a good lead off second”13 and Wingo having vacated the plate, Fitzpatrick never stopped running, trying to end the game by scoring from second base on an infield out.

But Cincinnati third baseman Heinie Groh “beat Fitz to the plate, took Mollwitz’s return throw, which was high, and, stooping, made a stab at Fitz, who claimed he touched the rubber with his hand.”14

The conditions clearly complicated seeing what had actually happened. “In a swirl of mud, Fitzy, Heinie and the ball reached the plate at the same identical moment [as did] Umpire Quigley. As Heinie was doing a back flip-flop and Fitzy was sliding over, Umpire Quigley dropped his arms in the manner generally known to signify ‘safe.’”15

But “before the jubilant Braves or chagrined Reds could say a word, Umpire Quigley … announced … that Fitzy was out because he had failed to touch the rubber.”16

Opinions differ on whether Fitzpatrick touched home, and whether Groh actually tagged Fitzpatrick at all, much less before he had hit the dish.

“Whether Fitzpatrick was safe or out, Heinie Groh made a great play in covering the plate.”17

Smith singled for the third and final Boston hit in the 14th. Three newspaper accounts say nothing of what transpired the rest of the game, which “wore along …before descending darkness and hunger called a halt.”18

1 Braves pitcher Rudolph should have had a hit of his own after “a sharp hit to rightfield … which Tom Griffith, who was playing a shortfield, gathered up and made a quick throw to first. Rudolph would have been out, but Mollwitz muffed the ball.” In spite of this error, one reporter wrote that Mollwitz “put up a wonderful game at first.” J.C. O’Leary, “Braves and Reds Unable to Score,” Boston Daily Globe, June 14, 1916, 9.

18 Flatley. Retrosheet has no play-by-play account, so the game actions described in this article come from the three referenced newspaper stories.