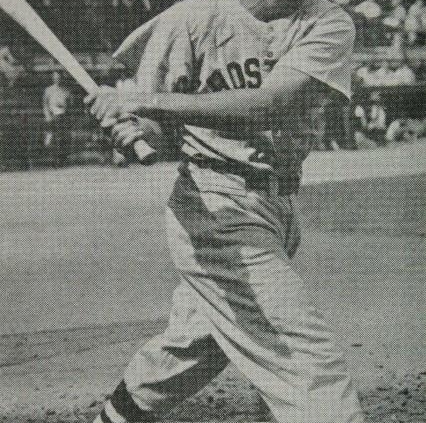 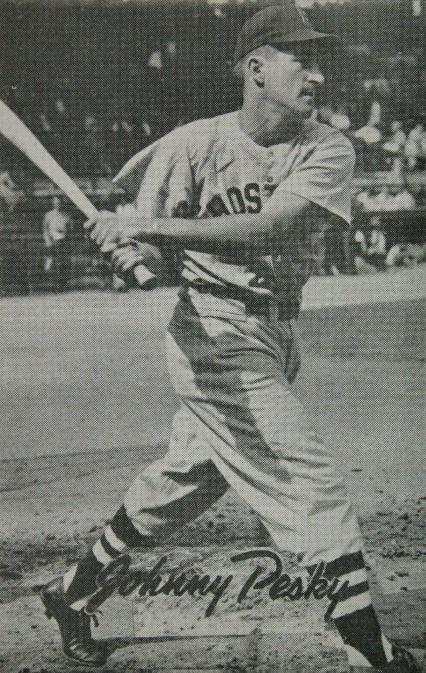 The Boston Red Sox, defending American League champions, got off to a slow start in the spring of 1947. The team had a losing record, 21-22, through June 8 but came alive with a seven-game winning streak, June 9-17. The streak put the Red Sox in second place, one game behind the New York Yankees.

On Wednesday, June 18, the Red Sox hosted the St. Louis Browns in the second night game ever played at Fenway Park. (The first night game was played five days earlier.) The ballpark was illuminated by 1,120 floodlights and said to be, along with Yankee Stadium, “one of the two best lighted ballparks in the world.”1 A near-capacity crowd of 34,462 attended the game. The radio announcers were Tom Hussey and Jim Britt for WHDH in Boston, and Dizzy Dean and Johnny O’Hara for WIL in St. Louis.

Red Sox manager Joe Cronin chose southpaw Mickey Harris as his starting pitcher. It was Harris’s second appearance of the season; he was sidelined for most of the spring with a sore arm. Browns manager Muddy Ruel tabbed Ellis Kinder, a right-hander with a “live” fastball and a deceptive change of pace.2

Harris and Kinder dueled for seven innings, each allowing one run. The Red Sox scored an unearned run in the bottom of the first. Browns shortstop Vern Stephens grabbed Pesky’s grounder near second base but threw wildly to first and was charged with an error. Pesky scored when Williams sent a low liner toward Al Zarilla in right field. Zarilla attempted a shoestring catch but came up empty, and the ball scooted to the fence. Williams was credited with a triple.

In the top of the sixth, Browns rookie Paul Lehner doubled to left field and came home on Stephens’s single through the box. The Red Sox threatened in the bottom half but did not score. Wally Moses led off with a double to right-center field. Williams was intentionally walked, and both runners were advanced by Sam Mele’s sacrifice. Doerr also received an intentional walk. The next batter was Jake Jones, Boston’s newly acquired first baseman. Four days earlier, the Red Sox had traded Rudy York to the Chicago White Sox for Jones, and the next day Jones went 4-for-7 with six RBIs in a doubleheader against his old team. Now with one out and the bases loaded, Jones had a golden opportunity. He lifted a popup into short left field. The St. Louis Post-Dispatch described the moment:

“Stephens raced with his back to the plate into left field and [left fielder Jeff Heath] came tearing in. There was so much racket, with 35,000 throats giving off the Boston victory yell, that neither Heath nor Stephens could hear the coaching of teammates, so they collided, head on. But Heath had reached and clutched the ball and, without steadying himself, he rifled a perfect one-hop throw to the plate where [catcher] Les Moss put the ball on a surprised, sliding Wally Moses for a great double play.”3

There was no report of an injury sustained by Heath or Stephens, although Heath left the game in the top of the eighth for a pinch-runner. The Browns took the lead in that frame. Bob Dillinger led off with a double to left field. Harris retired Zarilla and Lehner and then walked Heath, who was replaced by Ray Coleman. With two outs and two men on, Cronin took Harris out of the game and sent Johnny Murphy, a veteran right-hander, to the mound. But Murphy was wild: He walked Stephens to load the bases, and his free pass to Jerry Witte forced in a run. Cronin summoned another right-hander, Bob Klinger, who retired Billy Hitchcock on a groundout to quell the threat.

In the bottom of the eighth, with two men on and one out, Kinder was replaced by right-hander Bob Muncrief. Doerr greeted Muncrief with an RBI single, and the game was tied, 2-2.

With two outs in the top of the ninth, Dillinger singled and stole second base; it was his 18th stolen base of the season, tops in the major leagues. He beat catcher Roy Partee’s throw, which bounded into center field and allowed him to reach third base. Zarilla drew a walk, and Lehner drove a pitch from Klinger to the scoreboard at the base of the towering left-field wall.4 Williams raced back and made a leaping backhanded catch while crashing into the scoreboard. It was an amazing catch, said the Post-Dispatch, and “Williams has never heard wilder applause.”5

The game went to extra innings, and the tie was not broken until the top of the 13th, when Hitchcock sent a Klinger pitch over the great wall for a solo home run, his first major-league home run. The Red Sox tied it back up in the bottom half when Doerr tripled to right field and scored on a single by Boo Ferriss, a good-hitting pitcher who pinch-hit for Klinger.

Southpaw Earl Johnson, Boston’s best reliever,6 entered the game in the top of the 14th inning, but he struggled. He walked Zarilla and, after fielding Lehner’s bunt, threw wildly to second base, and both runners were safe. Johnson retired Coleman and Stephens, but after he walked Witte to load the bases, Cronin replaced him with Fritz Dorish, a rookie right-hander. The first batter Dorish faced was Hitchcock, a career .209 hitter, who slapped a single to right field, scoring Zarilla and Lehner. Dorish walked Jake Early, and the bases were loaded. Due up next was Muncrief, a career .157 hitter. With a two-run lead and Muncrief pitching well (one run allowed in 5⅔ innings), Ruel let him bat in this situation. He flied to right field for the third out and went to the mound in the bottom of the inning seeking to close out the game for the Browns. But he would have to suppress the heart of the Red Sox batting order.

Pesky led off with a bunt single down the third-base line, and Moses hit into a force out at second base. Williams doubled off the left-field wall, and both Moses and Williams came home on Mele’s single up the middle. The game was tied once more. Mele was an impressive rookie; he entered the game with a .321 batting average and credited Williams with giving him “valuable pointers about hitting.”7

Dillinger singled off Dorish to start the top of the 15th inning, and moved to second base on Zarilla’s sacrifice. Cronin brought in Mel Parnell, a rookie left-hander, to pitch to Lehner, a left-handed batter. Lehner lined out to Williams in left field. Coleman drew a walk, and Stephens flied to center field for the third out.

Birdie Tebbetts started the bottom of the 15th inning with a single off Muncrief and was replaced by Eddie Pellagrini, a pinch-runner. Pellagrini went to second base on Rip Russell’s sacrifice and to third base on Don Gutteridge’s groundout. On a high fastball, Pesky singled to left field, scoring Pellagrini with the winning run. It was Pesky’s fifth hit of the game. The final tally was Red Sox 6, Browns 5. It was the eighth consecutive victory for the Red Sox and fifth straight loss for the Browns.

The Boston Globe called it the most exciting game of the season. An estimated 25,000 fans stayed to the end. Boston’s big three — Williams, Pesky, and Doerr — went 10-for-18 at the plate and drew four walks.

The Red Sox gained victory in the nick of time. The game ended shortly after 1:00 a.m.; under league rules, no inning could start after 12:50 a.m., so there would be no 16th inning. “We had them all the way,” joked Cronin afterward.8

4 The giant left-field wall at Fenway Park was covered in advertisements until 1947, when it was painted a solid green. It became known as the Green Monster.