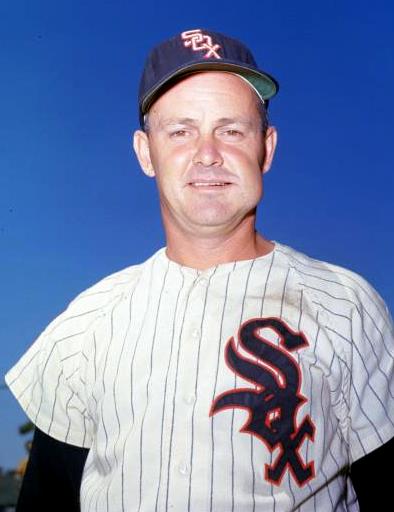 Two of the least likely home-run hitters both struck in the ninth inning to tie and then win the game.

The 1961 season wasn’t going well for either the Chicago White Sox or the newly relocated Minnesota Twins. Both teams had losing records on June 18, and the Twins were several games behind the White Sox. The Twins’ pitching wasn’t living up to expectations, and they had recalled a young right-hander named Dagoberto Cueto from the farm system. He was to start the first game of a doubleheader on June 18 at Chicago. The White Sox started Cal McLish, newly arrived in 1961 after a tough year with Cincinnati in 1960.

In the bottom of the first Minnie Minoso singled home Luis Aparicio, who had singled to lead off the game, stole second, and advanced to third on an error by Twins shortstop Jose Valdivielso. This could have been an inauspicious debut for young Cueto, but the pitcher had guts and staying power. In the top of the second inning, Bob Allison tripled and Billy Martin’s single tied the score. At this point, both pitchers settled down and no more scoring took place for several innings.

The game remained tied until the top of the sixth inning, when Lenny Green singled, Harmon Killebrew walked, and Jim Lemon delivered a ground-rule double to plate Green and give the Twins a 2-1 lead. The Twins increased their lead to 3-1 on a solo homer by outfielder Dan Dobbek with two outs in the top of the seventh. Floyd Robinson batted for McLish in the bottom of the seventh, and Turk Lown took the mound for the White Sox in the top of the eighth.

Cueto was pitching very well in his first major-league start until the bottom of the ninth, which started off with Andy Carey hitting a single to center. Cueto retired J.C. Martin on a fly to center, at which point utility infielder (and 1950 American League batting champ) Billy Goodman pinch-hit for Lown. Goodman, not exactly a power hitter (19 home runs in 5,644 at-bats over a 16-year career), amazed everyone in Comiskey Park with a pinch two-run homer to tie the game. It was the final home run of his career, which ended after the 1962 season.

At this point Cueto, who had pitched a very competent game, was relieved by Pedro Ramos, a workhorse starter who did a fair amount of relief work, too. Ramos retired Luis Aparicio on a fly ball for the second out and faced second baseman Nellie Fox, the 1959 AL MVP and also not exactly someone one would think of as a power hitter. Fox’s 10,351 at-bats during his 19-year career produced only 35 home runs, and home run No. 30 won the game for the White Sox!

Emboldened by their newfound sources of power, the White Sox smacked seven extra-base hits as they toppled the Twins, 10-7, in the nightcap of the doubleheader.

My father and I used to watch Game of the Week on TV in the early 1960s, so just happened to be watching this game.

The Sporting News, June 28, 1961, and the game report from Baseball Reference 1961 Season Box Scores and Play-by-Play.