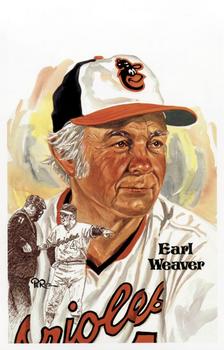 The Cleveland Indians were about as hot as they got in the 1970s. As the month of May 1979 came to a close, the Indians were in sixth place with a 21-26 record, 8½ games back of front-running Baltimore.

But as the calendar flipped to June, the Tribe started on an 11-5 run and improved to 32-31 overall. However, in spite of this recent success, Cleveland was still in sixth place in the American League’s East Division, nine games behind Baltimore. Only the Tribe could put together such a record and lose ground in the standings.

There were some new faces on the Indians’ roster, as offseason moves brought in Toby Harrah and Bobby Bonds, who manned third base and right field respectively. In the week before the game, Cleveland dealt Paul Dade to San Diego for Mike Hargrove and sent pitcher Don Hood to the New York Yankees for designated hitter Cliff Johnson.

Those first-place Orioles came to Cleveland Stadium for a three-game set against the rejuvenated Tribe. While the Indians welcomed some new faces to their lineup, the O’s stayed with the tried-and-true lineups of years past. Eddie Murray (5 HR, 36 RBI, .273 BA), Ken Singleton (14 HR, 40 RBI, .302 BA), and Al Bumbry (25 RBI, 13 SB, .289 BA) were doing the heavy lifting.

The pitching matchup featured left-handed hurler Scott McGregor (1-2, 3.55 ERA), making only his fifth start of the season. McGregor, who started 32 games and won 15 for Baltimore in 1978, felt pain in his left elbow and stiffness in his shoulder during the first two months of the season. He earned his first victory of the season on June 11, as he led the Orioles to a 6-0 victory over the White Sox, tossing a five-hitter.

Cleveland tabbed Wayne Garland (3-7, 5.60 ERA) as its starter. The right-handed Garland had posted a 20-7 record for Baltimore in 1976. In the offseason he signed a 10-year, $2.3 million contract with Cleveland, but proceeded to lead the American League in losses in 1977 with 19. Garland was experiencing pain in his arm, later diagnosed as a torn rotator cuff. He was never again the same pitcher he was in 1976.

Cleveland got the party started in the bottom of the first inning. With one down, Harrah singled to left and came home when Bonds smashed his 10th home run of the season over the center-field fence to give the Tribe a 2-0 lead.

Beginning in the third inning, the Orioles began to shell Garland. In the third frame, second baseman Billy Smith led off with his second homer of the season, a solo shot to right. After Rick Dempsey struck out, Bumbry walked and stole second base. Kiko Garcia singled to left to put runners on the corners, then stole second. Singleton sent a sacrifice fly to right field, scoring Bumbry. Bonds airmailed his throw home to catcher Gary Alexander, so Garcia came home to score the third run of the inning.

Gary Roenicke led off the fourth inning with his 12th home run of the season to increase Baltimore’s lead to 4-1. Dempsey followed suit, leading off the fifth with his third homer of the year over the left-field fence. Garland had now given up a leadoff home run for the third straight inning. It was the end of the day for the weary right-hander.

Dan Spillner emerged from the Indians’ bullpen to replace Garland. The Orioles tacked on another run in the fifth inning, courtesy of a base hit by Singleton.

But just as it looked as if Baltimore had taken control, the Indians came storming back. Hargrove led off the home fifth with his first home run of the season. Dave Rosello walked, Tom Veryzer struck out, and Rick Manning walked. Harrah laid down a bunt and beat out the throw to load the bases. Bonds followed with a broken-bat single to right field, plating Rosello and Manning. Sammy Stewart came in to replace McGregor, who, like Garland, worked 4⅓ innings. Stewart promptly threw a wild pitch, moving the runners up a base.

What may have looked like a mismatch to some turned out to be an entertaining affair for the 21,506 who were in attendance. Johnson singled to left to score Harrah. With runners on first and third, on a pickoff attempt at first by Stewart, Johnson was ruled safe by umpire Fred Spenn. It appeared that Johnson had fallen away from the bag, then was tagged by first baseman Murray. Baltimore manager Earl Weaver and Murray argued the call, but to no avail. For his trouble, Murray was given the heave-ho, and was replaced by Terry Crowley.

The score was now knotted, 6-6. In the top of the seventh, Dempsey led off with a double to left. Bumbry flied out. Dempsey strayed too far off second base: The Indians had him in a rundown. But Harrah threw wildly to second and Dempsey took third. After Garcia grounded to short for the second out, Cleveland manager Jeff Torborg went to his bullpen again, bringing in lefty Sid Monge. Singleton was given a free pass, and Torborg again made a move, this time bringing in right-hander Victor Cruz. Weaver went to his bench too, bringing in the left-handed-batting John Lowenstein to hit for Benny Ayala. “Steiner” singled to left and Dempsey scooted home with the go-ahead run. Roenicke walked to load the bases, but Cruz got Doug DeCinces to fly out to end the scoring.

The Indians struck back in the bottom of the eighth. Hargrove led off and singled. Rosello (a right-handed batter) laid down a bunt in an effort to advance Hargrove. When Dempsey, the Orioles’ catcher, fielded the ball, Rosello seemed to interfere with the backstop’s throw to second. The throw was a one-hopper, and all runners were ruled safe.

Weaver shot out of the Orioles dugout to argue the “no-interference” call that he felt should have been made against Rosello, since Dempsey had to throw over his body. Neither home-plate umpire Ted Hendry nor umpire crew chief Larry Barnett made the call. Weaver argued with Barnett but received no satisfaction. He raced back to the Orioles’ dugout and emerged with the major-league rulebook.

Barnett then gave Weaver the “thumb” as he felt that Weaver was trying to show him up. “Barnett told me he knew the rule inside and out,” said Weaver. “I told him he screwed it up again. It was flagrant, terrible. They threw me out for bringing the rulebook out on the field. There’s no rule that says you can’t bring out the book.”2

Weaver stomped around the infield before leaving the field, and ripped the rulebook to shreds. Torn pages fluttered around the infield as members of the stadium grounds crew moved in to clean up the debris. The scene, possibly never seen before at a major-league game, delighted the crowd.

After Weaver’s theatrics, play resumed on the diamond, and Hargrove stole third base. According to the game stories in the Cleveland Plain Dealer, it appeared as if Hargrove was out by six feet.3 Yet, third-base umpire Jim Evans ruled him safe. “That Jim Evans gets the red neck worse than anyone in the league. Then he forgets about it. We better hit a ton of homers tomorrow. It’s gonna be brutal.”4

Cal Ripken Sr., who took over for Weaver, argued the call; of course, the call stood. Ripken replaced Stewart with Don Stanhouse. Torborg countered with pinch-hitter Jim Norris, a left-handed hitter, to replace Veryzer. Norris bounced into a 4-3-6 double play, but Hargrove scored to again tie the score, 7-7.

With Cruz still on the mound, the O’s came up to bat in the top of the ninth. Garcia led off with a walk and took second on an infield hit by Singleton. Garcia took third on a fly to left field by Lowenstein, and scored the go-ahead run on a sacrifice fly by Roenicke.

Cleveland was unable to catch the Orioles a third time, and the final score was 8-7 in favor of Baltimore. They won eight of 13 from the Indians in 1979 and finished in first place in the American League East. They defeated California in four games in the LCS, but blew a 3-1 advantage to Pittsburgh in the World Series, losing in seven games.

Cleveland finished with an 81-80 record, 22 games back of Baltimore.