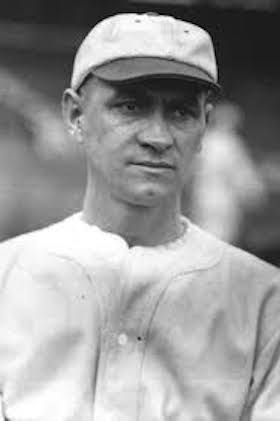 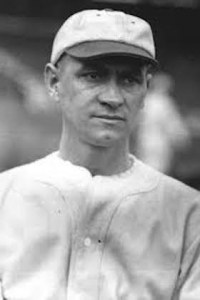 After a short respite to stretch and refresh, the 5,500 fans at Federal League Park settled into their seats for game two with excitement still buzzing over the “miracle” of game one.1

The battery for the home team was right-hander Earl Moseley and catcher Bill Rariden. Moseley’s former major-league experience was with the Boston Red Sox in 1913. He posted an 8-5 record with a respectable 3.13 ERA and recorded three shutouts. Rariden was from Bedford, Indiana, a native Hoosier “to his very core.”2

The game was almost a “replica” of the first.3 The visitors jumped off to a 3-0 lead in the first two innings. Moseley gave up a walk to George Anderson and three hits, resulting in two runs. In the second inning Tex Wisterzil singled and eventually scored on a hit by Anderson. Neither team scored in the third.

The Hoosiers came to life in the fourth. Sommers walked Carl Vandagrift, who scored on successive hits by Benny Kauff 4 and Frank LaPorte, the power sources of the day for Indianapolis. LaPorte came home on a groundout by Jimmy Esmond to first baseman Art Griggs. The Hoosiers had pulled within one run of the Tip-Tops. The fifth was devoid of scoring.

The visitors extended their lead by a run in the sixth. Hoosiers manager Bill Phillips changed pitchers to start the seventh, bringing in the reliever who won the first game, Harry Billiard. In the bottom of the inning, the Hoosiers roared back, scoring two runs to knot the score at 4-4. The scoring was powered by two doubles, one each by Rariden and Al Kaiser, and a single by Vandagrift. With no scoring in the eighth, the teams entered the ninth for a showdown

The home crowd was quieted as the Tip-Tops scored two runs in their half of the inning. Anderson connected for his second double of the game, Steve Evans singled, and Esmond made an error to keep the rally alive. “Circus Solly” Hofman singled in Evans before Billiard could stop the bleeding.

The crowd held its breath while the Hoosiers came to bat. George Textor batted for Billiard and struck out. Kaiser was the first baserunner, with a single. He moved to second when pitcher Sommers threw the ball away on Vandagrift’s infield hit. Kauff followed with a single that drove in Kaiser. The stage was set again for LaPorte, as it had been in the first contest.5 By now the crowd was in a frenzy and on its feet. LaPorte took full measure of the situation and drove a long ball to the left-field fence. When he reached second base, the game was over. Vandagrift and Kauff had already scored. What could have been a triple was merely a walk-off double.

The fans had gotten more than their money’s worth for this day’s entertainment. They were treated to not one but two come-from-behind, walk-off wins in the ninth inning. Their Indianapolis Hoosiers were now sitting on an 11-game winning streak and were in first place in the Federal League.6

Statistically the Tip-Tops should have won. They outhit the Hoosiers 18-12. Neither game was particularly well-played. The teams made nine errors in the two games and there were four battery miscues. The Hoosiers left 13 runners stranded; the Tip-Tops 12. Billiard, 3-3, chalked up his second win of the day in game 2. Sommers, 2-6, was the loser. He had been pulled in favor of Ed “Doc” Lafitte,7 who pitched to only one man, the game-winning batter, LaPorte. The latter had a team-leading four RBIs for the day. The time of the game was 2:10.

The Hoosiers took 19 of 22 games from the Tip-Tops during the season, the most lopsided result for any two rivals in the league. They remained in first place for most of the duration, particularly the end of the season, when they finished as league champions with a record of 88-65. They finished ahead of Chicago by 1½ games. It was a well-fought season; during their tenure in first place, the Hoosiers never led by any more than three games.

4 Kauff was dubbed the “Ty Cobb of the Federal League” for his outstanding accomplishment in the 1914 season.

5 LaPorte led the league with 107 RBIs for the season.

6 The streak ended at 15 games. The loss came on June 25 at the hands of Kansas City.

7 Jim Leeke, “Ed Lafitte,” sabr.org/bioproj/person/07d30704. Lafitte was a dentist during the offseason.