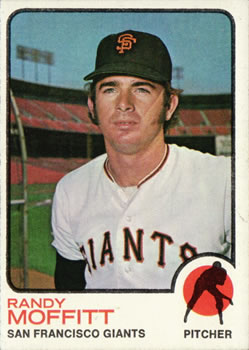 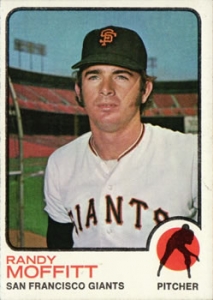 As the spring of 1974 turned to summer, the San Francisco Giants were slumping. They were 33-36 and in fifth place in the six-team National League West Division, already 12 games behind the first-place Los Angeles Dodgers. By Friday, June 21, as they arrived in Los Angeles to open a three-game series with the Dodgers, they had lost eight of their last 11 games, and manager Charlie Fox’s starting pitching was in disarray.

Lefty Mike Caldwell and right-hander Tom Bradley were both hurting. Caldwell had calcium deposits in his left elbow that were limiting his starts.1 Bradley was suffering from tendinitis in his right shoulder and had a 7.94 ERA in his last three starts, all losses, in which he had lasted a total of 11⅓ innings.2 Both had recently received cortisone shots.

Although comfortably over .500 at 44-23 and leading the division by five games, the Dodgers had lost seven of nine games and were stumbling back home from being swept in a three-game series in Pittsburgh. But Los Angeles had an intact rotation, and co-ace Andy Messersmith – who went on to an All-Star selection and 20 wins to lead the National League in 1974 – was manager Walter Alson’s choice to open the home series.3

By comparison, Fox was forced to tinker. “With those guys [Caldwell and Bradley] out, we need somebody to fill in, and Moffitt is my man,” he told writers.4 Randy Moffitt was the Giants’ closer, a tall, 25-year-old native of nearby Long Beach, who had reached the majors in 1972 and logged 18 saves entering the 1974 season.5 He had 12 more through June 16, his 29th appearance of the year, with a 2.70 ERA. Fox was looking for “six good innings” from Moffit, who had started regularly in the minors and thought he was up to it. “It’s been a while since I’ve pitched six or seven,” he said. “In fact, four innings is the longest I’ve pitched in the big leagues. But I’m not going to go out there and try to pace myself. I’ll throw hard from the start. What’s the use of getting knocked out in the third and saying, ‘Well, at least I’m not tired.’”6

Reporters noted that Moffitt would be making his start in front of his parents, fiancée, other relatives, and friends, “and about 54,000 rabid Dodger fans, who figure to drown out about 140 visiting members of Allen Murray’s Giants Boosters.”7

The Moffitt entourage at the ballpark wouldn’t include older sister Billie Jean (Moffitt) King, who was preparing to defend her 1973 title at the Wimbledon Tennis Championships in London.8 Ms. King, who had humbled Bobby Riggs in the much-heralded “Battle of the Sexes” tennis match the prior September, didn’t repeat at Wimbledon in 1974, but did win her fourth United States Women’s Open Singles title later in the year.9 The Flushing, Queens, venue where the annual event is contested is now named the USTA Billie Jean King National Tennis Center.

The San Francisco Examiner’s attendance estimate was a little high as 43,765 settled into Dodger Stadium on Friday evening, hoping to see their team start a turnaround. Messersmith pitched around two walks and a passed ball to hold the Giants scoreless in the top of the first, then retired the side in order in the second. Moffitt yielded a single to Rick Auerbach, the first batter he faced, and one later in the first inning by Steve Garvey, but got Willie Crawford on a lineout to stifle Los Angeles in the first. He stayed even with Messersmith in the second despite opening the inning with a walk and a single. A double-play ball off the bat of Steve Yeager helped.

Moffitt started a San Francisco rally of sorts that broke the scoring ice in the third inning. He reached first base safely on shortstop Bill Russell’s error and went to second on a passed ball with Bobby Bonds batting. After Tito Fuentes popped out at the plate, Garry Maddox forced Bonds at second, but the Dodgers couldn’t turn a double play, Moffit advancing to third. Moffitt and the speedy Maddox both scored unearned runs when Ed Goodson hammered a double to left field.

Fox’s unlikely spot starter now had a 2-0 lead. He scattered singles and a walk through the third, fourth, fifth, and sixth innings but kept Los Angeles off the scoreboard. And when Goodson drove in Fuentes with another unearned Giants run in the top of the seventh to boost the lead to 3-0, Fox stretched his gamble into another inning. Moffitt responded by cruising through the Dodgers one-two-three in the seventh.

But he was beyond both Fox’s and his own prediction of shelf life when Fox sent him out for the eighth. Moffitt immediately labored, allowing consecutive singles to Bill Buckner, Jim Wynn, and Garvey. The latter scored Buckner with the first Dodgers run, left runners on first and second with no outs, and brought Elias Sosa in to replace Moffitt. Willie Crawford touched Sosa for a fourth straight single, scoring Wynn and moving Garvey to third base. Ron Cey delivered a sacrifice fly to center field that brought Garvey home and tied the score, 3-3. Sosa dodged further trouble by getting a comebacker from Russell with which he started a 1-6-3 double play. In the ninth, he settled down for a one-two-three inning.

Wynn captured the moment. “Until that inning, it had been very dead on the bench. Very dead,” he said.10

Mike Marshall had replaced Messersmith in the eighth. He rolled through six straight Giants to carry the game into extra innings, then finished off three more in order in the 10th.11

The Los Angeles 10th inning didn’t last long. Buckner wrapped up a four-hit game with a home run to right field off the snakebit Sosa, capping a 4-3 comeback win. “We were beginning to wonder what we had to do to score,” he said, but with time-honored baseball modesty added that he was just trying to get on base and “didn’t have a picture swing.”12

Buckner’s walk-off swing may not have been pretty but it gave Marshall the win and Messersmith a workmanlike no-decision in which all three runs he yielded were unearned. Moffitt’s gutty seven-plus innings also resulted in a no-decision that kept him out of action for 11 days, until July 2. He never pitched for Fox again. On June 28, with the Giants’ record at 34-42, Fox, “under heavy criticism by Bay Area media and fans for most of the last two years,” resigned.13 He was replaced by coach Wes Westrum, whose career with the Giants dated back to 1947.14

Moffit pitched exclusively in relief for the Giants through August 4, 1981, when the then-32-year-old was released. He finished out his career pitching for the Houston Astros in 1982 and the Toronto Blue Jays in 1983. He added 13 more saves, bringing his career total to 96 in 534 games – all in relief but for this June 21, 1974, start.

Things took an interesting twist for the Moffitt family 44 years later, in September 2018. With her partner Ilana Kloss, Billie Jean King became a minority owner of the Dodgers through the Guggenheim Management Group.15 Of her brother Randy, with whom she played sandlot baseball in Long Beach as they grew up just down the road from Chavez Ravine,16 she said, “I know, it’s too bad he didn’t play for the Dodgers. But he’s excited. He thinks this is great.”17

In addition to the sources cited in the Notes, I used the Baseball-Reference.com and Retrosheet.org websites for player, team, and season pages, game logs, and these box scores:

5 Moffitt pitched for Long Beach State University and was the Giants’ first-round selection (number 18 overall) in the January 1970 amateur draft.

11 Marshall won the 1974 National League Cy Young Award. He didn’t start a game, but worked 208⅓ innings in relief in 106 games, finishing 83 of them. Messersmith finished second in the NL Cy Young vote.

16 When the Dodgers relocated from Brooklyn to Los Angeles before the 1958 season, they played four years in the Los Angeles Memorial Coliseum, somewhat haphazardly refitted for baseball. They moved into Dodger Stadium, situated in and sometimes referred to as “Chavez Ravine,” for the 1962 season. By then, Billie Jean was 19 and Randy was 15.