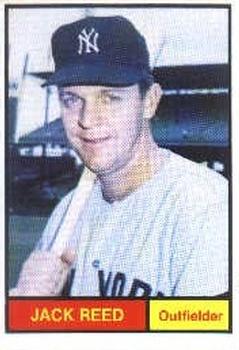 When the fans at Tiger Stadium settled into their seats for a game between the Yankees and Tigers on June 24, 1962, little did they know that history was about to take place at the corner of Michigan and Trumbull Avenues. The two teams, having played a doubleheader the day before, were looking to finish up the series and move on to their next opponents. The matinee contest turned into a grueling seven-hour marathon.

Both clubs were off to fairly slow early-season starts after having accumulated over 100 wins each in 1961. The Tigers’ starting pitcher was Frank Lary, coming off a 23-win campaign. Unexpectedly, in the top of the first, the Yankees plated six runs off Lary to jump ahead. The Tigers countered with three in the bottom of the inning, knocking out Yankees starter Bob Turley in the process. Lary ended up being taken out for a pinch-hitter in the second inning after the Yankees added their seventh run, so by the third inning both teams’ bullpens were starting what would be a long day.

In the bottom of the third inning, the Bengals scored three runs to tighten the gap. The appearance of a high-scoring game after three innings would be deceptive as the two teams’ bullpens settled in and went to work. For the rest of the regulation nine innings, the only mark made by either team was a run scored by Bill Bruton on a single by Rocky Colavito that knotted the score at 7-7 after six innings. Both teams had opportunities but could not capitalize on them prior to extra innings. The Yankees loaded the bases in the fourth and seventh innings, but could muster only groundballs to the pitcher both times. The Tigers were able to get a runner to third base in the fourth inning, but couldn’t get him across the plate.

Once the game went to extra innings, both teams had chances to put an end to the affair. In the 10th, Detroit had runners on first and third but couldn’t cash in. The 11th frame brought the Tigers maybe their best opportunity to end the game. Colavito’s third hit, a triple, led off. The Yankees intentionally walked the next two batters to load the bases with nobody out. Chico Fernandez’s line drive found its way into the left fielder’s glove for the first out. Dick Brown then attempted a bunt, but the ploy turned into a double play to end the inning with the score still 7-7.

Colavito commented, “The thing that annoyed me was that I led off the 10th inning with a triple off the 415-foot sign in left-center, but we couldn’t score. I was so frustrated because we should’ve won the damned game right then.”1

In the 15th inning the New Yorkers got a single by Tom Tresh, who then stole second base and advanced to third on a wild pitch, but was ultimately stranded. In the home half, Detroit put two runners on, but was unable to push a run across.

As the bullpens began to dominate for both teams, opportunities to score were few and far between. Standouts for the Tigers were Hank Aguirre, who pitched five-plus innings of scoreless relief, and Terry Fox, who threw eight innings without allowing a run. The Yankees countered with Tex Clevenger throwing six-plus innings with no runs and 23-year-old Jim Bouton, who finished off the game by throwing seven shutout frames.

The Tigers got a runner to third base in the 20th inning, but to no avail.

Finally, Detroit was basically reaching for anybody that could hold a baseball. To start the 22nd inning, the Tigers brought in Phil Regan, their sixth relief pitcher of the game. He had pitched the day before until he was knocked out after three innings and eight runs.

It didn’t take Regan long to put the Tigers’ chances of winning in jeopardy. A one-out walk to Roger Maris was followed by a two-run homer by Jack Reed to put the Yankees up 9-7. In the last gasp for the Tigers, they could not muster much of a threat. Colavito, who got his seventh hit, a single, was the only baserunner in the 22nd inning off Bouton, who collected the win.

When left fielder Johnny Blanchard caught the final out off the bat of Norm Cash, the game time read 6 hours and 59 minutes, but Joe Falls, the official scorer, listed it as seven hours. “I figured, who will ever remember 6:59 as the longest game in baseball history, so I shouted out the time, ‘seven hours.’ ”2 The game ended up being the longest by time in major-league history. Before this game the longest had been a 5-hour 20-minute game between the Boston Braves and Brooklyn Dodgers in 1940.

The Tiger Stadium concession stands sold 32,000 hot dogs and 41,000 bottles of beer before closing early under Michigan labor laws. Yogi Berra caught all 316 pitches the Yankees’ pitchers threw, while Colavito ended up with seven hits in 10 at-bats. In true Yogi fashion, his responses to questions regarding the game posed by a SABR biographer in 2010 were short and to the point. When asked how he felt after catching 22 innings, Berra’s response was “tired.”3 Asked about Reed’s home run, he said, “Good timing. Glad he hit it.”4

The crowd was listed at 35,368 when the game began, and almost half of the faithful were still there to the end. New York was held scoreless for 19 innings in a row from the third inning to the 22nd, but still collected the win.

It turned into a very long weekend for both teams considering that they had played a day-night doubleheader the day before, and then played the last game of the five-game series on Monday afternoon.

The teams used 43 players total in Sunday’s game. “I pitched in that game,” said Jim Coates. “Hell, all of us pitched in that game. It was a long, long, long ballgame.” Rollie Sheldon commented, “There were far more players in the clubhouse than there were in the dugout. We’d consumed all the beer and they had to send out for more.”5 Yankees reliever Luis Arroyo was one of the few not to enter the game but he must have felt as though he had been involved. Arroyo warmed up in the bullpen on 11 different occasions and, by his own estimate, threw nearly 300 pitches.6

The hero for the Yankees, Jack Reed, is an interesting story in itself. The 29-year-old journeyman was a third-string outfielder behind Mickey Mantle and Joe Pepitone and didn’t get into the game until the 13th inning. “I knew if I ever hit a home run this would be it. It felt good. It was a fastball down and low.”7 The game-winning home run was the only one he hit in the major leagues. Reed said of his home run, “I really thought it would be a double. I didn’t look up, but I knew I hit it good. I didn’t have the kind of power where I could stand there and watch it. I was one of those guys that had ‘warning track power.’ By the time I got to second base, the umpire was telling me it was a home run.”8