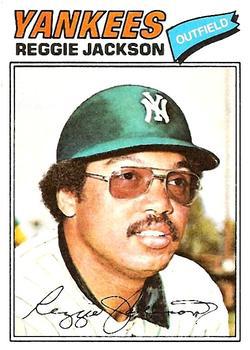 “As a diehard Yankee hater and former Yankee killer, I even helped to germinate the seeds of the feud by spreading some fertilizer of my own.” — Bill “Spaceman” Lee, Boston Red Sox pitcher, 1969-1978.1

Books have been written, blogs have been posted and newspaper accounts have captured the intensity of the Red Sox-Yankees rivalry, all enriching baseball history. The mere mention of the subject has elicited all manner of commentary over many years. For example, in September 2004 (before that season’s World Series), Boston Globe writer Dan Shaughnessy was straightforward: “Rivalry. It’s an interesting word. … But it’s a little provincial of us to think that way. I’m not sure who first said it, but the ‘rivalry’ between the Yankees and the Red Sox could best be likened to the eternal contest between the hammer and the nail. Since 1918, when the Red Sox won their fifth and thus far final World Series, the Yankees have won 26 baseball championships to Boston’s none. That’s 26-0.”2

In a more scholarly fashion, John Thorn, MLB’s official historian, captured the richness of their respective histories dating to the early days of the twentieth century. He pointed out that “no one perceived Boston’s decades-long World Series drought as ‘The Curse of the Bambino’ until long after Babe Ruth’s death.”3 It was Shaughnessy himself who had coined the term in 1990 to convey the misery of Red Sox fortunes.4 Perhaps it is best to pick a small slice of time — 10 days in June 1977 — to illustrate the rivalry on the field and the theatrics and drama that often took place with the Yankees off the field.

When the Yankees came to Fenway Park for a three-game series beginning on June 17, they were in first place, one-half game ahead of the Red Sox. That lead did not last long. The Yankees were swept and badly outscored in the three games, 30-9. Yankees owner George Steinbrenner was irate and appeared on the verge of firing manager Billy Martin, whose job was apparently saved by club President Gabe Paul.5 The “fireworks” occurred in the bottom of the sixth inning of the second game of the series. Jim Rice hit a bloop single-turned-double to right field, casually recovered by Reggie Jackson. When Martin went to the mound to replace Mike Torrez with Sparky Lyle, he was clearly disturbed by Jackson’s lack of hustle and also replaced Jackson with Paul Blair. Jackson and Martin nearly came to blows in the dugout, restrained by three Yankee coaches, Elston Howard, Dick Howser, and Yogi Berra, all in front of a nationally televised audience.6

By the time the Red Sox came to Yankee Stadium on the following weekend for a three-game series, they were on a seven-game winning streak and five games ahead of the second-place Yankees. The Red Sox picked Bill Lee (4-1, 4.47 ERA) to open the series. Lee had won 17 games in each of three consecutive seasons (1973-1975) and was an American League All-Star selection in 1973.7 Bob Ryan, a sports columnist for the Boston Globe, was convinced that Lee’s pitching gem of the 1977 season was a 5-2 complete-game victory over the Twins on June 4. He threw only 78 pitches, had no three-ball counts, and was saved by a great Fred Lynn catch and a bizarre 6-2-5-3-6 double play.

The Yankees countered with Catfish Hunter (3-3, 5.95 ERA). A Cy Young Award winner in 1974 with the Oakland Athletics, the eight-time American League All-Star signed baseball’s richest contract on December 31, 1974, five years estimated at $3.75 million, to pitch for the Yankees.9 Hunter was now past his prime and suffering from bouts of arm fatigue, but was determined to fulfill his contract.10 One week earlier, Hunter never made it out of the first inning, yielding four solo home runs at Fenway Park in the Yankees’ 9-4 loss.

The Yankees were staked to an early 1-0 lead in the first inning when Willie Randolph doubled to left, was sacrificed to third by Roy White, and scored on Thurman Munson’s single to center. But the Red Sox picked up where they left off against Hunter the week before. In the second inning, Carl Yastrzemski’s solo home run and Butch Hobson’s two-run shot gave the Red Sox a 3-1 lead. The lead was short-lived when the Yankees responded in the second inning. Graig Nettles walked and scored on Paul Blair’s first home run of the year, knotting the score at 3-3.

The Red Sox continued their home-run spree off Hunter in the fourth inning, when Yastrzemski walked and scored on George Scott’s 21st home run of the season for a 5-3 lead. That homer set a major-league record for home runs by a team in 10 consecutive games, 33.11

The Yankees responded twice in the middle innings in similar fashion. Chris Chambliss and Cliff Johnson opened their half of the fourth inning with consecutive singles. Red Sox manager Don Zimmer replaced Lee on the mound with Bob Stanley, who retired the side. When Stanley himself also yielded consecutive hits to Chambliss and Johnson to open the sixth inning, he was replaced by Bill Campbell, who likewise retired the side. Campbell was already the Red Sox’ save leader (15) and had saved two games against the Yankees during the previous weekend’s sweep at Fenway Park. It was not unusual for him to enter the game in the sixth or seventh inning as he did on this night.

Yankees save leader Sparky Lyle (13) had things under control, relieving Hunter with two outs in the top of the ninth inning and stranding Rick Burleson at second. Campbell retired the first two Yankees in the bottom of the ninth inning, including Reggie Jackson who pinch-hit for Bucky Dent. But Willie Randolph’s triple to center field was followed by Roy White’s sixth home run of the year and the game went into extra innings.

Lyle pitched the 10th and 11th innings to near perfection, allowing only a single walk while striking out Yastrzemski, Scott, and Carlton Fisk. Meanwhile, Campbell recovered from the blown save and retired the Yankees in order in the 10th inning. However, his five innings of relief work were his longest outing of the season, so Ramon Hernandez (8.38 ERA) replaced him in the 11th and it did not go well. Hernandez walked Graig Nettles, balked him to second, and walked Mickey Rivers. He was now facing Reggie Jackson, who had stayed in the game in right field after pinch-hitting in the ninth. Jackson’s single to right scored Nettles for the 6-5 Yankees win.

Clearly, the unsung Yankees hero for the night was Gabe Paul. Reggie Jackson underwent an eye examination the previous day and the team’s trainer, Gene Monahan, determined that his vision was still fuzzy from the drops he had received. Billy Martin scratched Jackson’s name from the lineup. A puzzled Paul visited the clubhouse in the second inning, consulted with the team physician, Dr. Maurice Cowen, and called Martin in the dugout, telling him that Jackson could play if he was needed.12 He was!

In the second game of the series, Yankees starter Mike Torrez beat Boston starter Luis Tiant, 5-1, and the Yankees completed the sweep when Paul Blair bounced a bases-loaded single over the head of third baseman Butch Hobson in the bottom of the ninth inning for a 5-4 win. The Red Sox proceeded to lose nine games in a row to relinquish first place to the Yankees. In the end, the Yankees won the AL East by 2½ games over Boston and Baltimore, winning 100 games for the first time in 14 years.13 The Yankees won the ALCS over the Kansas City Royals, 3 games to 2, and beat the Dodgers in six games in the World Series. Guess who was the hero of that Game Six? Reggie Jackson, “Mr. October,” with three home runs!14

Ron Guidry was still a rookie pitcher as the 1977 season began but he soon became a key part of the Yankees starting rotation, winning 16 games that season. Never a source of drama, he kept to himself, but was a keen observer of the goings-on, whether it involved Billy Martin, George Steinbrenner, or other Yankees.15 Guidry the author captured the drama that was to come and fittingly titled a chapter of his 2018 book — “And you thought 1977 was crazy?”16

I had not been to Yankee Stadium for a baseball game in nearly 25 years. On that occasion, this young Brooklyn Dodgers fan witnessed baseball history from the bleachers. Detroit Tigers pitcher Virgil Trucks hurled his second no-hitter of the 1952 season in beating the Yankees.17 I watched football on my last visit to the old Yankee Stadium, on October 31, 1971, as the Minnesota Vikings beat the New York Giants, 17-10. A renovated and rebuilt Yankee Stadium was reopened for the 1976 season after the Yankees played the previous two seasons at Shea Stadium.

1 Bill Nowlin and Jim Prime, Blood Feud, The Red Sox, the Yankees and the Struggle of Good versus Evil (Cambridge: Rounder Books, 2005), 1.