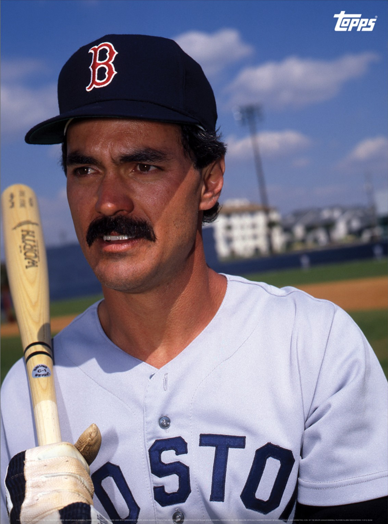 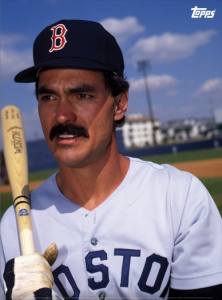 “I think I just hit for the cycle.”1 That’s what Dwight Evans said to teammate Bill Buckner after hitting a walk-off three-run home run in the bottom of the 11th inning on June 28, 1984, versus the Seattle Mariners.  Ed Nunez gave up the homer to Evans in what must have felt like a déjà vu moment. The night before, Nunez gave up a walk-off home run to Harold Baines of the White Sox. Evans became just the fourth player to hit a walk-off homer while hitting for the cycle (a feat that has been accomplished six times as of 2020).2 Nunez was in even rarer dubious company by becoming only the third pitcher to give up walk-off home runs on consecutive days to consecutive batters faced.3

The Red Sox played mediocre baseball in the first two months of 1984 (21-26), and were 16½ games behind the first-place (and eventual World Series champion) Detroit Tigers. Despite never coming closer to the Tigers than 13 games back from June 1 on, the Red Sox had a strong final four months of the season. They had the third best record in the American League from June through September at 65-50 and scored more runs (618) than any other team in the league. Entering action on June 28, the Red Sox were 35-38 and the Mariners were 35-41. A crowd of 16,715 turned out for the Thursday-night series opener.

Bruce Hurst returned from a 12-day absence to start the game for Boston. Hurst had been sidelined with shoulder stiffness likely a result of throwing 290 pitches over two starts against the Yankees earlier in the month.4 He cruised through the first seven innings, allowing just a solo home run by Al Cowens in the second inning. The only other trouble he faced came in the top of the fourth inning when the Mariners loaded the bases on a double by Barry Bonnell, a single by Dave Henderson, and a walk to Steve Henderson. Hurst struck out Jim Presley to strand the runners.

The Mariners started Matt Young, who was looking to break out of a slump after four straight bad starts that ballooned his ERA from 5.47 to 7.39. Young had a promising rookie season in 1983, going 11-15 with a 3.27 ERA and being selected to the AL All-Star Team. Expectations were high in 1984 but Young struggled, ultimately missing time with what he described as “chronic lower-back problems.”5 Young, pitching on 12 days’ rest, was solid in his six innings, giving up only two runs. Both runs were scored by Evans, who doubled in the first inning and tripled in the third. Both times he scored on singles by Jim Rice.

The Red Sox’ 2-1 lead stood until Hurst got into trouble in the top of the eighth inning. After he retired Bob Kearney and Spike Owen, Jack Perconte and Bonnell singled. Then Alvin Davis, who would be voted the AL Rookie of the Year after the season, hit a three-run home run to give the Mariners a 4-2 lead. It was Davis’s third home run of the season against the Red Sox in four games. The Red Sox made the score 4-3 in the bottom of the inning on an infield single by Wade Boggs with the bases loaded. Evans struck out to end the inning.

The Mariners had a chance to add to their lead in the top of the ninth inning but could not capitalize on wildness by Mark Clear. Clear walked three men in the inning but got Bonnell to fly to center and leave the bases loaded. The Red Sox tied the game in the bottom of the ninth on Rice’s double and Easler’s RBI single. The Red Sox then loaded the bases with two outs when Buckner was intentionally walked and utilityman Ed Jurak also walked. They could not take advantage of yet another bases-loaded situation: Glenn Hoffman took a called third strike6 to send the game into extra innings.

The Red Sox called on their top reliever, Bob Stanley, to start the 10th inning. Stanley was one of the few relievers manager Ralph Houk could rely on in 1984. The manager had recently given Stanley a vote of confidence despite two recent outings in which he had blown leads of four and six runs.7 Unfortunately for the Red Sox, Stanley did not have his best stuff this night. He got the dangerous Davis to ground out to start the 10th but gave up a single to Cowens and a double to Dave Henderson. The Red Sox intentionally walked Ken Phelps, hoping Stanley, known for his sinker, could induce a double play. The number-one overall pick from the 1979 draft, Al Chambers, pinch-hit and worked a walk, forcing in the go-ahead run. (This was one of only 11 major-league RBIs for Chambers in a disappointing career.8) Bob Kearney’s squeeze-play bunt scored Henderson, giving Seattle a 6-4 lead. Stanley hit Spike Owen but got Perconte to ground out and end the inning with the bases loaded. This was the fourth consecutive half-inning in which the bases were left loaded. According to Retrosheet play-by-play event files, this is the only recorded instance of this happening in the major leagues as of 2020.9

Chambers stayed in the game to play left field and was immediately tested. Boggs led off the bottom of the 10th with a line drive off Chambers’ glove that was initially ruled a two-base error but was changed by the scorer to a double the next day.10 Evans’s single sent Boggs to third. Bob Stoddard relieved pitcher Mike Stanton and nearly got the save after getting Rice to pop out and striking out Tony Armas. But Easler worked a walk to load the bases. Paul Mirabella relieved Stoddard and Buckner, who had tallied his 2,000th career hit the night before, ripped a double to left, scoring Boggs and Evans.  Easler tried to score from first but was thrown out by 20 feet and Kearny held on to the ball despite a violent head-on collision sending the 6-6 game to the 11th inning.11

Stanley settled down in the 11th, getting Bonnell to fly out and then inducing a double-play ball by Cowens after a single by Davis. The Mariners’ defense failed them in the bottom of the 11th. Bonnell had moved to third base after Chambers entered the game. In what would be his final appearance at third base in his major-league career, he made a two-base error on Jurak’s grounder to put Jurak on second with one out. Mirabella walked Hoffman, and Boggs reached when first baseman Davis bobbled Bonnell’s bad throw on his groundball. Jurak tried to score on the bobble but was tagged out in a rundown.

The Mariners brought the hard-throwing Nunez in to face Evans. Nunez had thrown 3⅓ innings the night before and might not have his best stuff. Evans hit Nunez’s first offering into the screen in left field to give the Red Sox a 9-6 victory and complete the cycle, only the 15th cycle by a Red Sox player. “I wasn’t going for a home run,” Evans said after the game. “I just wanted to make sure I hit the ball hard some place. I got a good pitch to hit.”12

Nunez was so distraught, having given up walk-off home runs on the last two pitches he had thrown, that he missed the team bus back to the hotel. “I kept trying to think of some other pitcher that had happened to,” he said. “I couldn’t.”13 There was a good reason why Nunez couldn’t think of another pitcher: Only two pitchers before him had ever suffered the same fate on back-to-back pitches. On July 27 and 28, 1971, future Hall of Famer Rollie Fingers gave up walk-off homers to Brooks Robinson and Frank Robinson on back-to-back pitches on consecutive days.14

The author accessed Baseball-Reference.com for box scores/play-by-play information and other data, as well as Retrosheet.org and Stathead.com.

The author (9 years old at the time) attended this game with his father. They sat in the right-field roof box seats and stayed the entire game. The author recorded the game action in his scorebook.