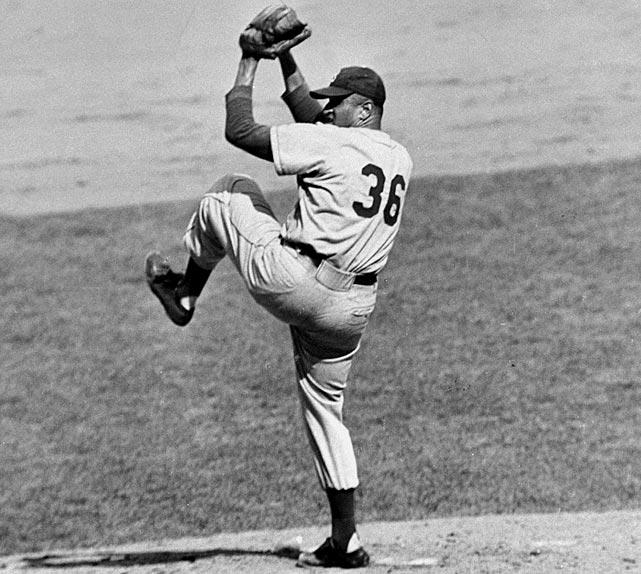 “This Sabbath soiree was a great and festive occasion for the baseball fans of Flatbush.”1 Indeed! The Chicago Cubs came to town for the first Sunday doubleheader at Ebbets Field since September 15, 1946. The Dodgers hosted the Cubs in that one, too, and split the two games.

The growth and eventual decline of Sunday doubleheaders at Ebbets Field and elsewhere has been well researched and discussed by SABR member Charlie Bevis.2 The advent of night baseball was one very important factor. For example, the first night game at Ebbets Field, on June 15, 1938, drew a crowd of 38,748 to see Cincinnati’s Johnny Vander Meer pitch his historic second consecutive no-hitter. Cincinnati was already playing night games at Crosley Field and announced that after a night game, the next afternoon would be an offday. Following that first night game at Ebbets Field, the Dodgers announced they would make up for offdays by scheduling Sunday doubleheaders.

In the postwar attendance boom, doubleheaders of all types – Sunday, twi-night, day-night and holidays – were drawing big crowds, but Saturday and other day games were drawing smaller crowds. Sportswriter John Drebinger cautioned, “It was the automatic Sunday doubleheader that all but wiped out the once profitable Saturday afternoon. The love affair with the single afternoon ballgame headed for an abrupt ending.”3

The Dodgers did not schedule any Sunday doubleheaders at Ebbets Field in 1946 in favor of playing 14 night games and only one doubleheader, on Memorial Day.4 The Sunday doubleheader got a reprieve from widespread elimination when the post-war attendance boom ended in 1948 and teams that had adopted the Brooklyn night game strategy needed to attract fans in bigger numbers.5 Of course, night baseball would continue to grow dramatically.6

Although the Cubs would eventually finish the 1951 season in last place, on this day they stood in third place, 3½ games behind the first-place Dodgers and only a half-game behind the second-place St. Louis Cardinals. The largest crowds of any season at Ebbets Field were usually those for games against the New York Giants. That was true in 1951 (34,620 on July 4) as well, but on this day a crowd of 34,588 was ready for some Sunday baseball against the Cubs.

Don Newcombe took the mound for the Dodgers. His record stood at 5-3 with a 4.00 ERA after he lost to the Reds in relief two days earlier at Ebbets Field. But he loved to pitch against the Cubs, who had never beaten him in his two-plus major league seasons.7 As recently as May 10, Newcombe beat the Cubs in a 6-1 complete-game victory at Ebbets Field.

Frank Hiller started the first game for the Cubs. Hiller, a one-time prized Yankees prospect, was acquired by the Cubs in 1950 and the 12-5 record, 3.53 ERA that season for the seventh-place Cubs were career marks for him. That earned Hiller the 1951 Opening Day assignment and he delivered a complete-game 8-3 victory over the Cincinnati Reds. Of particular relevance on this day was his most recent start against the Dodgers, a 7-0 shutout at Wrigley Field on May 17 to put the Cubs within one game of first place.8

Newcombe got off to a very shaky start. With one out in the first inning, singles by Randy Jackson and Frank Baumholtz were followed by an RBI double by Hank Sauer and a single to left field by Andy Pafko scoring two more runs for a 3-0 Cubs lead. Newk avoided an early shower by retiring the next two batters to end the inning. His second inning, three swinging strikeouts, and nine more strikeouts to follow highlighted his complete-game performance. The 12 strikeouts were a career high, and would remain so. Newcombe must have taken Sauer’s first-inning double and RBI personally. In Sauer’s next four at-bats, Newcombe struck out the Cubs slugging star each time.

While Newcombe was holding the Cubs in check, the Dodgers were whittling away at Hiller. Gil Hodges hit a solo home run in the second inning, his 17th of the season. In the third inning, Brooklyn’s second run scored on a double by Cal Abrams and Pee Wee Reese’s line-drive RBI single.

The Dodgers finally took the lead in the fourth inning. Billy Cox’s leadoff home run, his fifth of the season, tied the score. After Reese was hit by a pitch, Duke Snider doubled to right field and the Dodgers had the lead 4-3 for good. Snider’s line-drive triple to right field in the bottom of the sixth off relief pitcher Johnny Schmitz scored Cox, who had singled, and Rocky Bridges, who had walked. Cox and Carl Furillo each had RBI singles in the seventh inning off Bob Rush to finish off the scoring.

The balance of Hiller’s 1951 season very much paralleled the swoon of the Cubs. Although he was masterful in late June in a one-hit shutout of St. Louis Cardinals, facing the minimum 27 batters, he also injured his back. For the remainder of the season, Hiller was 1-10 with a 6.26 ERA, yielding 17 homers and leading the league with nine hit batsmen.9 He never beat the Dodgers again.

For Newcombe, it was the seventh victory of his career over the Cubs without any losses.10 In his next start, against Pittsburgh on June 9, he hit a slight bump in the road. He left the game in the fourth inning with a sore muscle in his right shoulder and was sidelined for a week.11 But Newk was back at it again on June 15 for a complete-game victory over these same Cubs at Wrigley Field. He reeled off nine victories in a row, throwing in a three-inning hold in the National League’s 8-3 win against the American League in the All-Star Game in Detroit on July 10.12 He was on his way to a 20-9 record, pitching a career-high 272 innings and leading the league with 164 strikeouts.

“It’s time to take a break, but don’t go anywhere; we’ll be back for the second game in a short while!”13

I was about to graduate from the second grade and here I was at Ebbets Field with my father and Uncle Joe for my first major-league baseball game. Vague memories enhanced by research for this essay have brought that experience to life again.

For this author, sitting in front of a 12-inch black-and-white television, the indelible memory of Don Newcombe, the Dodgers, that season, and October 3, 1951, is a singular one – Newcombe taking that long walk from the mound to the clubhouse in deep center field at the Polo Grounds in the ninth inning as Ralph Branca came in to face Bobby Thomson. He had given it everything he had, pitching in three of the last five games for the Dodgers. There was only one thing left for Newk to do. “I just stuck my mitt in my pocket and walked out to the clubhouse.”14

In addition to the sources cited in the Notes, the author also accessed Baseball-Reference.com (baseball-reference.com/boxes/BRO/BRO195106031.shtml) and Retrosheet.org. (retrosheet.org/boxesetc/1951/B06031BRO1951.htm).

5 Ibid. (Bevis also notes a 1952 Wall Street Journal report that attendance decreased every year from 1948 and that 1952 attendance in the National League was running 13 percent below the 1951 figures.)

6 With the sole exception of the Chicago Cubs (Wrigley Field), every major-league team was able to play home games at night by 1948.

12 Don Newcombe was a National League All-Star for his first three seasons in the National League, starting with the 1949 season, after which he was also named the National League Rookie of the Year. In 1951, he joined the following teammates as All-Stars: Jackie Robinson, Gil Hodges, Roy Campanella, Duke Snider, Pee Wee Reese, and Preacher Roe.

13 The author never had the opportunity to broadcast a doubleheader, but the radio-listening fan certainly had occasion to hear this advice frequently.