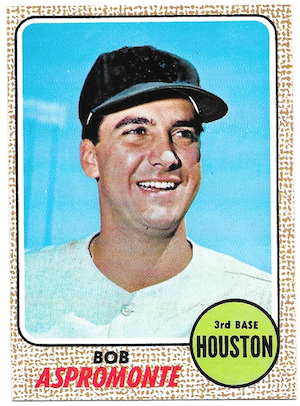 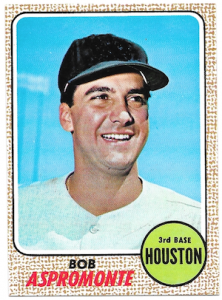 Fifty games into their 1967 season the Houston Astros were on another trip to the bottom of the National League standings. At 19-31 and 14½ games out of first place, they were on track for a won-lost record even worse than the previous year’s 72-90.

But an early June trip by the Astros to St. Louis proved anomalous. Riding a two-game winning streak against the Cardinals, on June 7, 1967, they faced St. Louis in the third game of a four-game set. The Cardinals, a perennial powerhouse in the National League, entered the game in second place with a record of 27-19.

The game pitted pitcher Bo Belinsky of the Astros against future Hall of Famer Steve Carlton of the Cardinals. Carlton, the future Hall of Famer, was in his first full major-league season. Belinsky, on his third team in six years, had been picked up from the Philadelphia Phillies in the Rule 5 draft in November 1966. He would spend only one year with the Astros during which he went 3-9 with a 4.68 ERA in 115⅓ innings pitched.

The starting lineups included several All-Stars and a number of future Hall of Famers besides Carlton.

For the Astros, Joe Morgan was coming off his first All-Star Game appearance in 1966. Eddie Mathews was at the tail end of his career and would come into the game as a pinch-hitter and first-base replacement. Starting for the Astros were utility infielder Julio Gotay at second base, part-time first baseman Chuck Harrison, the “Toy Cannon” Jimmy Wynn (who went on to record several “first” milestones during the 1967 season, an All-Star appearance, 30 home runs, 100-plus RBIs), left fielder Rusty Staub (a six-time All-Star during his 23-year career), third baseman Bob Aspromonte, veteran outfielder Jim Landis, and catcher Ron Brand.

The first half of the game proved unspectacular. At the end of three innings it was scoreless. After five the Astros were ahead 3-0. Carlton exited the game at the end of five innings having given up the three runs and seven hits, walking one batter and striking out three.

The Astros got two men on base in the sixth inning against pitcher Nelson Briles, but no runs were scored. In the Cardinals half of the inning, McCarver drove in Cepeda from second with a two-out double. At that point manager Grady Hatton pulled Belinsky, who had given up five hits, two walks, and a run. Claude Raymond relieved and pitched the final 10 outs for the Astros. He surrendered three hits, no runs or walks, and struck out two Cardinals on the way to recording his fourth save of the year.

In the seventh inning, the Astros scored three runs. Jimmy Wynn walked with one out. Eddie Mathews, pinch-hitting for Harrison, singled to move Wynn to second. Staub’s groundout advanced the runners. Landis then doubled to center, scoring Wynn and Mathews. Aspromonte’s single scored Landis. The Cardinals’ Curt Flood doubled to center to lead off the bottom of the seventh inning but was stranded there. At the end of seven innings, the Astros led 6-1.

The Astros’s eighth began with a single by Gotay. Jackson bunted and was safe on a fielder’s choice. Wynn loaded the bases with a single to center. Mathews walked, forcing in Gotay, and Staub’s single drove in Jackson. After Landis struck out, Aspromonte singled Wynn and Mathews home. Brand continued the singles hit parade, driving in Staub and advancing to second on the throw home. Pitcher Raymond struck out, but Gotay, batting for the second time in the inning, got his second single of the inning. Aspromonte scored the Astros’ sixth run of the inning, but Brand was out at the plate, ending the inning. The score was now 12-1. In the bottom of the inning, the Cardinals went down on three infield popups.

The Astros got five more runs in the top of the ninth. Jackson and Wynn walked to lead off the frame. Mathews popped up, then Staub’s single scored Jackson. Landis’s sacrifice fly sent home Norm Miller (pinch-running for Wynn). Aspromonte singled, and the Carinals’ Willis threw a wild pitch. A double by Brand drove in Staub and Aspromonte. Pitcher Raymond doubled to score Brand. Al Jackson relieved Ron Willis and retired the side. The score was 17-1. The Cardinals led off the bottom of the ninth with singles by McCarver and Maris, but Raymond retired the next three batters to end the game.

Of the Astros’ 23 hits, 18 were singles. They hit no home runs. Six players had multiple hits, led by third baseman Bob Aspromonte, who went 5-for-6 (all singles) with three RBIs, an offensive achievement that he said was usually “two months of work for me.”1 Other leading hitters of the game were Ron Brand, who went 4-for-6 with two doubles and three RBIs. The five through eight hitters for the Astros: Rusty Staub, Jim Landis, Bob Aspromonte, and Ron Brand had three RBIs apiece while accounting for 13 hits. The Cardinals’ eight hits included five doubles.

For the second time in 12 games the usually low-scoring Astros scored 17 runs. (They had defeated the Chicago Cubs 17-4 on May 26 at Wrigley Field.) The victory against the Cardinals went to Belinsky, his first of the season to go with one loss. Carlton took the loss and his record fell to 4-2.

After the game, Astros manager Hatton sympathized with his opposing manager, Schoendienst, saying, “This is the kind of nightmare a manager has to suffer through two or three times a year. No matter what pitcher you throw in there, the other team keeps hitting the ball, even when your man makes good pitches.”2

The Cardinals had yielded the most runs they would give up in a game during the season, including the playoffs. They went on to win the World Series in seven games over the Boston Red Sox. The Astros returned to mediocrity after the game. In their remaining 111 games they were 49-62, and ended the season 69-93, in ninth place in the 10-team league, 32½ games behind the Cardinals. They were an atrocious 23-58 on the road.