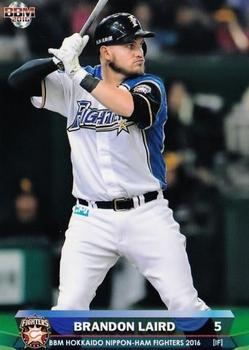 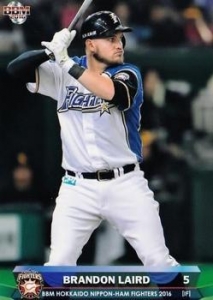 Mexico needed to do more than just beat Venezuela in the final scheduled game of the 2017 World Baseball Classic’s Pool D in Zapopan, a suburb of Guadalajara in the state of Jalisco, Mexico.1

Exactly what was required, however, was the subject of confusion that extended an early-morning finish in Mexico’s 11-9 win into several more hours of convocation. Mexico thought it had to win the Sunday night game by at least two runs to move ahead of Venezuela in the WBC’s tiebreaker and stay alive.

Entering the Mexico-Venezuela game, Puerto Rico, undefeated in three games, had clinched the pool’s top spot and a berth in the second round, which would include the top two teams in each pool. With a 1-2 record, Italy had also completed scheduled play.

Venezuela (which was 1-1) could earn the second spot with a win over Mexico, which had lost its first two games. A Mexico win, however, would leave three teams—Italy, Mexico, and Venezuela—tied for second and require a tiebreaker game the next night. Before that game could be played, a tiebreaker system was required to eliminate one of the three teams. The first tiebreaker criterion was runs allowed by each team per inning in the field, in the games between the three teams that were tied.

Mexico, in what turned out to be the tiebreaker’s sticking point, had given up 10 runs to Italy after taking a 9-5 lead into the bottom of the ninth but allowing five runs before retiring a batter.

A low-scoring game on Sunday night, no matter which team won, would eliminate Italy. A higher-scoring game won by Mexico could tighten things up all around.

And a high-scoring game it was before another sellout crowd of more than 15,000, a group that was perhaps louder than in any of the other games in which the host team had played. Mexico surged in the top of the second against Yusmeiro Petit.  Brandon Laird walked, went to second on Alex Verdugo’s single, and scored on Japhet Amador’s double. After Efren Navarro walked, Luis Cruz drove in another run with a sacrifice fly. One out later, Esteban Quiroz hit a three-run homer to right-center for a 5-0 Mexico lead.

Venezuela answered with a run in the third on a one-out walk to Robinson Chirinos2 followed by singles from Jose Altuve and Martín Prado. Altuve went to third on Prado’s hit, but Miguel Cabrera grounded into a double play to end the inning.

Mexico made it 8-1 in the top of the fifth on Laird’s three-run homer off Wilfredo Ledezma. Venezuela got those back in the bottom of the inning when Alcides Escobar  and Ender Inciarte led off with doubles. With two out, Prado doubled home Inciarte and scored on Cabrera’s single.

Adrián González’s sacrifice fly in the sixth restored one run of Mexico’s lead, but Venezuela came back with two more in the bottom half of the inning. Chirinos’s two-out single scored Victor Martinez from second, and Altuve beat out a grounder to short that scored Escobar. The play was close enough to bring Mexico manager Edgar González out to argue.3 Sergio Romo came in for Vidal Nuño and walked Prado to load the bases before getting Cabrera to ground into a force out to end the inning with Mexico ahead 9-6.

Both teams put up crooked numbers in the seventh. Mexico got two on a two-out single off Altuve’s glove by Chris Roberson for an 11-6 lead, but Venezuela then jumped on Romo. Carlos González started it with a single, and Martinez homered. Rougned Odor and Escobar singled, prompting another pitching change with Jacob Sanchez relieving.

Inciarte bunted for a single on the first pitch from Sanchez, who then hit Chirinos to force home Perez, cutting the deficit to 11-9. Venezuela had the bases loaded with no out and the reigning American League batting champion up, but Altuve grounded the next pitch to third, and Laird threw home to force Escobar. Prado then grounded into a double play started by shortstop Luis Urias.

The barrage completed the scoring, although Venezuela threatened again. Cabrera led off the bottom of the eighth with a walk. Carlos González hit a hard grounder that Adrián González fielded on first base. Adrian stepped on the base to force Carlos and went after Cabrera, who had started for second and then stopped.  Gonzalez tagged him for an unassisted double play. Martinez lined out to Sebastian Elizade in left to end the inning.

Oliver Pérez retired Odor to open the bottom of the ninth and was relieved by Roberto Osuna.  Escobar singled and Inciarte walked on a 3-and-2 pitch that was close enough to draw a strong reaction from Edgar González, strong enough that plate umpire Quinn Wolcott ejected him. González had been arguing with the umpires the entire series and had received a firm warning from Doug Eddings to knock it off in Mexico’s game against Puerto Rico the previous night.

Once again, Venezuela had the tying run on base, but Osuna struck out Chirinos and got Altuve on a fly to right to preserve Mexico’s 11-9 win.

The game, which lasted 4 hours 44 minutes, ended at 12:52 A.M., and the managers (Edgar González and Venezuela’s Omar Vizquel) remained at the ballpark with WBC officials over the tiebreaker system, a meeting that lasted several hours. With Mexico, Venezuela, and Italy tied for second with 1-2 records, two of the teams would play the next night with the other eliminated, based on how many runs per inning each team had allowed to the other two teams.

Edgar González, probably already not pleased after being ejected late in the game, had his mood worsen in the postgame conference. Mexico thought it had scored enough runs in the just-completed game to knock Venezuela out. But Venezuela, though its rallies had fallen short, had put up enough runs to leave Mexico with the short stick.

Adrián González, who was present at the postgame meeting with Edgar, his brother, said he thought that a two-run win over Venezuela would be enough for Mexico.4  It was—to a point. A win of 2-0, 3-1, or anything up to 8-6 would have left Mexico in a favorable position vis-à-vis Venezuela and Italy. A 9-7 win would favor Venezuela but still leave Mexico ahead of Italy in the tiebreaking system. A two-run victory with more runs than that worked against Mexico. 5

Perhaps because of this misunderstanding, Mexico did not press for another run in the top of the ninth when it had an 11-9 lead.  It was later pointed out that Mexico missed a chance at an additional run that inning after putting runners at first and second with no outs. The number-eight hitter, Cruz, did not try to sacrifice and instead hit the first pitch for a long fly to left-center. Manny Rodriguez didn’t tag up and advance to third on the fly, so he was still on second when Xorge Carrillo hit a deep-enough fly to Inciarte in center that would have scored Rodriguez from third.

Part of the confusion on Mexico’s part was that the criterion was based on runs allowed per innings in the field, including partial innings. Mexico thought it should receive some kind of credit for a partial ninth inning in its opening game, when its pitchers faced seven Italy batters but did not retire any of them. The tiebreaker, however, counted an “inning in the field” in the same manner as baseball calculates innings pitched, where a pitcher needs to retire a batter to receive credit for a partial inning.

Had Mexico been able to get even one out in the last of the ninth in that game, it would have been enough to drop its average to 1.10 and eliminate Venezuela.6

It was a sad exit for Mexico and its fans, who had planned to fill the ballpark again the next night.  But with Mexico out, fewer than 1,800 showed up, and the ballpark was much quieter for the Venezuela-Italy tiebreaker game.

As the official scorer, I had tallied the runs allowed by each team against one another coming into the game.  During the game, a WBC official came into our booth and asked about the concept of partial innings since it appeared that it could end up as a critical interpretation. The official agreed with my assessment that a partial inning is one-third of an inning for each out recorded.

A story on mlb.com the next day pointed out that there was precedent for such a ruling, as officials cited a situation from the 2006 World Baseball Classic “involving a three-team tie in the standings between Mexico, Japan and the United States. In that instance, each team had a 1-2 record after the second round of pool play. Japan had taken a 4-3 walk-off loss to the United States after recording two outs in the ninth inning. Japan was credited with two-thirds of a defensive inning in the tiebreaker calculation.

Scoresheet, notes, and memories of the author, who was the official scorer for the games in Jalisco. Brenda Himrich (the author’s wife) made the press-box announcements in Spanish and English and contributed to this article.

2 Chirinos became Venezuela’s starting catcher when Salvador Perez was hurt in a home-plate collision the previous day.  With Perez out, Venezuela activated Jesús Flores, its bullpen catcher, although Flores did not get into any games in the Jalisco pool.

3 In the first and second rounds, video review was used only for plays involving home runs or potential home runs.