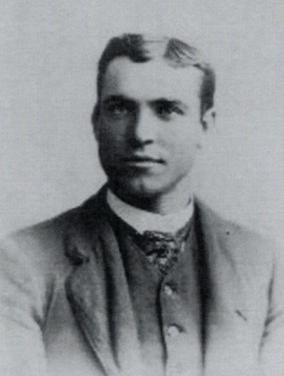 Two major-league teams based in New York City debuted in 1883. One, known simply as the New Yorks,1 joined the National League, and the other, the Metropolitans, entered the American Association. Both were owned by John B. Day, a tobacco merchant. Day’s teams shared a home venue, a huge park in Manhattan that used to be a polo field. The Polo Grounds, as it was called, had two baseball diamonds. Occasionally, Day’s teams played simultaneously at the park, the New Yorks on the southeast diamond and the Metropolitans on the southwest diamond. Both teams played their first major-league game on Tuesday, May 1, 1883. The Metropolitans opened on the road in Baltimore while the New Yorks hosted the Boston Beaneaters on the southeast diamond, in the first major-league game played at the Polo Grounds.

Grasshopper Jim Whitney was chosen to pitch for the Beaneaters. He had a blazing fastball and excellent control. Tall and slender, the long-legged hurler received his nickname for his unusual loping gait.3 His batterymate was Mike Hines, a 19-year-old backstop from Ireland.4 It was Hines’s major-league debut. Also debuting were Paul Radford, Boston’s right fielder, and Stewart Decker, the game’s sole umpire.

Fifteen thousand fans attended the contest, at the time the largest crowd ever to witness a baseball game in New York City. One of the attendees was 61-year-old General Ulysses S. Grant, the former president of the United States, who watched the game with keen interest. Music from the Seventh Regiment Band added to the lively atmosphere. There was considerable betting before the game, with the home team a 5-to-4 favorite. The sky was clear and the temperature was 55 degrees. The Beaneaters won the toss and elected to bat second, and the game commenced at 4:00 p.m. with Ewing leading off for the New Yorks.

Whitney fanned Ewing but surrendered a triple by Connor that traveled to the right-field fence. John Ward reached base on a sharp grounder to shortstop Sam Wise, who fumbled it, as Connor came home with the first run. Gillespie singled and Ward scampered to third base, and on the throw there, Gillespie advanced to second base. Mike Dorgan followed with a single, scoring Ward and Gillespie. The New Yorks were anxious to test the arm of young Hines, and he proved up to the challenge. Dorgan tried to steal second base and was thrown out by Hines. Welch singled and was also thrown out trying to swipe the bag.

Hines led off the bottom of the third with a single, the first hit off Welch. The next two batters went out. Joe Hornung got aboard when his sharp grounder was misplayed by shortstop John “Dasher” Troy; Hines went to third base on the play. After Hornung stole second base, Troy botched John Morrill’s grounder, and both Hines and Hornung came home. The crowd hissed Troy’s miscues. Perhaps he was stricken with stage fright. The diminutive (5-foot-5) infielder had played in only 15 prior games as a major-league shortstop.

The New Yorks scored a run in the top of the fourth inning on a double by Frank Hankinson and a single by Connor. In the bottom half, shoddy defense gave the Beaneaters another run; Ezra Sutton and Burdock singled, and errors were committed by Troy and Gillespie.

Troy’s bad day continued. He made another error in the fifth inning. That along with a single by Hornung and a sacrifice by Sutton gave the Beaneaters another run. Troy was charged with five errors in the game, but his work improved in the late innings, when he made an outstanding running catch and the crowd cheered him heartily.

In the sixth inning, the New Yorks handed the visitors another run. Hines singled and Charlie Buffinton reached base when Caskin erred at second base. Hines came home when Radford’s fly was muffed by Ward in center field. Box scores disagree whether Radford should be credited with a single or Ward should be charged with an error.

There was no further scoring. The final tally was New Yorks 7, Boston Beaneaters 5. Though poorly supported by his defense, Welch pitched a fine game and was credited with the victory.

The performance of the catchers deserves a special note. “The catching of Ewing was the best ever witnessed here,” said the Boston Globe. Hines, in his major-league debut, had an unusually busy day. He was credited with four putouts, nine assists, three errors, and four passed balls. His nine assists established a major-league record for most assists by a catcher in a single game. As of 2019, this extraordinary record has never been equaled.5

The Metropolitans, who were defeated 4-3 in Baltimore that day, disbanded after the 1887 season. The New Yorks, however, lived on. The team became known as the New York Giants in 1885. After 75 years in New York, the team moved west in 1958 and became the San Francisco Giants.

Game coverage in the May 2, 1883, issues of the New York Times, New York Tribune, and Boston Globe.

1 Baseball-reference.com, accessed April 2020, referred to the team as the “New York Gothams,” but period newspapers called the team the “New Yorks.”