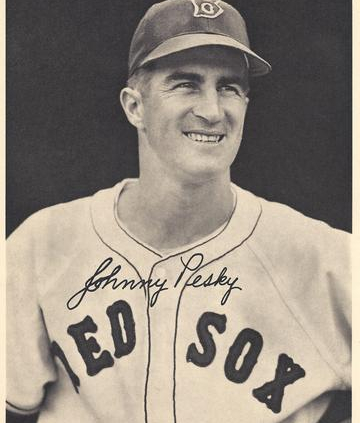 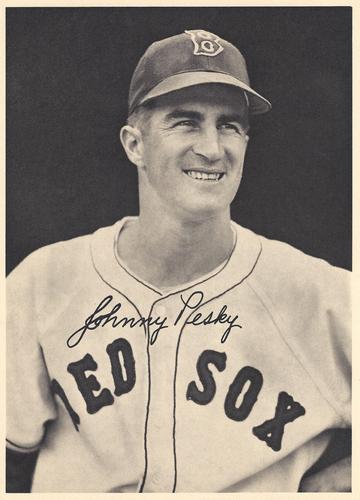 It was early in the 1949 season, with only about a dozen games played. The New York Yankees were off to a 10-2 start; they hadn’t lost a home game yet, winning seven in a row at Yankee Stadium.

The Boston Red Sox were 5-6. They were visiting the Stadium for three games and had dropped the first two. Now it was May Day. A large Sunday afternoon crowd of 54,328 was on hand to see the game.

The Red Sox got to Reynolds early. Leadoff batter and center fielder Dom DiMaggio kicked the game off on the first pitch, bunting toward first base and reaching with a single. Third baseman Johnny Pesky homered into the sixth row of the lower right-field seats. Left fielder Ted Williams batted third in the order; he walked. Vern Stephens, the shortstop, grounded into a force play, Williams out at second base. Red Sox second baseman Bobby Doerr hit into a 6-4-3 double play, but Boston had a 2-0 lead before the Yankees came to bat.

Parnell struck out second baseman Jerry Coleman to start the bottom of the first. Shortstop Phil Rizzuto singled, but the Red Sox turned their own 6-4-3 double play, erasing Rizzuto at second and the batter, left fielder Hank Bauer, at first base.

Neither side scored in the second inning.

First baseman Jack Phillips singled leading off the New York third. Stengel had Mickey Witek pinch-hit for Reynolds, and Witek singled, too. Coleman hit a ball that Pesky misplayed, with Phillips scoring and everyone safe.

Parnell got the next three batters, but it was now Boston 5, New York 1. It was the first run scored off Parnell in 1949. He’d thrown shutouts on April 21 and 25 and had been riding a streak of 20 consecutive scoreless innings.

Spec Shea was the new pitcher for the Yankees in the fourth. As a rookie in 1947, Shea finished the regular season with a 14-5 record and won two games in the World Series but was being converted from a starter into a reliever in 1949, in part because neck and arm problems prevented him from working as many innings as in his first two major-league seasons.

Shea struck out the side in the top of the fourth, with only a walk and a stolen base by catcher Birdie Tebbetts detracting from a truly exceptional inning. He walked Pesky in the fifth, then got both Williams and Stephens to make outs. But Doerr singled, sending Pesky to third base. Billy Goodman singled to right field to drive in Pesky. Sam Mele, the Red Sox right fielder, reached on a fielding error by third baseman Billy Johnson. Doerr scored. It was 7-1, and Parnell set down all three Yankees in order in the bottom of the fifth.

It was the sixth inning. Parnell singled right through first baseman Phillips, leading off. DiMaggio singled to center. Pesky bunted toward third base for a single.

Ted Williams was up with the bases loaded and nobody out. He swung at the first pitch and sent the ball on “a high, majestic journey.”[1] He had hit a grand slam “well back into the lower right field tier.”[2] The Boston Post wrote, “again Ted slashed at the first pitch and there never was a doubt as to its four-ply quality. The only question was whether it would get into the upper or lower stands. It landed in the lower deck.”[3] Suddenly, it was 11-1.[4] With the bases now cleared, Shea retired the side.

The only other run scored in the game was by the Yankees in the seventh. Billy Johnson drew a one-out walk and Jack Phillips singled with two outs. Shea himself batted and singled, driving in Johnson.

Pesky singled with one out in the top of the eighth. This time, Shea got Williams to hit into a 4-6-3 double play.

The only Red Sox player without a hit was Birdie Tebbetts, but he had a stolen base to his credit, after being walked in the fourth inning. All told, the Red Sox had 14 hits, including the grand slam by Williams and the two-run homers by Pesky and Stephens.

Williams had racked up another five-RBI game. He’d had one on April 28 against the Philadelphia Athletics, and he had another one the game after this one, on May 3 against the Tigers in Detroit. Boston sports reporter Burt Whitman wrote that the five runs batted in “delighted him no end, because he often tries so hard [at Yankee Stadium] that he’s below normal in efficiency.”[6]

The weekend series was three of the 22 games of head-to-head competition between the Yankees and Red Sox during 1949. As the season reached the first weekend of October and the final two games of the year, the Yankees had won 11 times and the Red Sox 9, with two games remaining at Yankee Stadium.

Had the Red Sox – who entered the final weekend with a one-game lead over the Yankees – won either game, it would have been them and not the Yankees who went to the World Series. But the Yankees won both games and went on to beat the Brooklyn Dodgers for the first of their five consecutive world championships.

Williams was voted American League MVP in 1949. He led both leagues with 159 runs batted in, tied with teammate Stephens. His 43 home runs led the American League, as did his 368 total bases. Had he one more base hit, or made one less out, he would have won the batting title as well.

[5] Both Johnson and Phillips had singled, but umpire Bill McKinley’s calling the game spared Parnell from being charged with giving up those two base hits.

[6] Burt Whitman, “Giants Bow Twice; Pesky, Stephens, Williams Homer,” Boston Herald, May 2, 1949: 1, 11. Whitman wrote that Williams’s home run was hit on a high arc, rising higher than the top level of the right-field structure, but then plummeted and landed in maybe the sixth row of the seats.