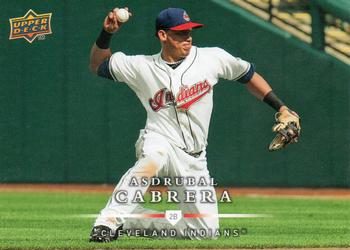 The crowd of 16,045 who braved the 55-degree temperature to see the second game of the doubleheader between the Indians (19-18, second in the American League Central, one game back of Minneapolis) and the Blue Jays (17-22, last in the American League East, six games back of Boston) could not have known that they would witness the rarest play in baseball: the unassisted triple play.

The fans might have expected the pitchers’ duel they witnessed:  Cliff Lee (6-0, 0.81 ERA) was pitching for the Indians, with Shaun Marcum (4-2, 2.59 ERA) pitching for the Jays. The Indians had won the first game of the doubleheader 3-0.

Cliff Lee faced the minimum in the top of the first: Although he issued a walk to Aaron Hill, he erased him on a double play. Marcum needed only nine pitches to get three outs in the bottom of the first.

Rising to the challenge, Lee responded in the top of the second by getting three outs on only eight pitches.  The bottom of the second was a struggle for Marcum: six batters, 40 pitches, yet no one scored. He started well enough with a strikeout of Victor Martinez. But then Franklin Gutierrez doubled and Travis Hafner was granted first on catcher’s interference. Kelly Shoppach flied out on the first pitch. But with Jason Tyner batting, Marcum’s seventh pitch went wild, allowing Gutierrez to advance to third. If that wasn’t enough trouble, he hit Tyner with the ninth pitch of the at-bat, so the bases were loaded for Andy Marté. Marcum escaped the jam when Marté flied out to Álex Ríos in deep center field.

Lee gave up his first hit in the third, a single by Gregg Zaun. But that was all he allowed, so the game remained tied with one hit and no runs for each team. In the bottom of the third, Marcum pitched a much more efficient inning than the second:  He needed only five pitches to retire the three Indians he faced.

In the top of the fourth, Hill opened with a single, but was erased when Ríos grounded into a double play. Scott Rolen struck out to end the half-inning. Martinez opened the bottom half with a double down the right-field line and made it to third on Hafner’s groundout, but was left there when Shoppach struck out swinging.

In the top of the fifth, Lee gave up consecutive singles to Kevin Mench and Marco Scutaro. The Jays started the runners on a hit-and-run, but Lyle Overbay hit a line drive right at Asdrúbal Cabrera for the first out.  Cabrera then stepped on second (putting out Mench, who was standing on third), and tagged Scutaro (who was actually a couple of feet beyond second base) for the 14th unassisted triple play in major-league history.1 He tossed the ball into the crowd as he ran to the dugout, to his teammates’ congratulations and the cheering of the crowd. With his two-run homer in the first game of the doubleheader, Cabrera could certainly say he had a good day at the ballpark. Marcum pitched a 1-2-3 bottom of the fifth, inducing three flyouts.

In the top of the sixth, Lee allowed a single to Shannon Stewart, after a fly out and a groundout, but Stewart was left at first when Hill struck out. Marcum worked another 1-2-3 inning.

In the seventh, after Lee struck out Ríos, Rolen hit a ground-rule double. But he was left at second when both Mench and Scutaro struck out swinging. In the bottom of the seventh, Marcum needed only a dozen pitches to dispose of the three Indians he faced.

Both pitchers faced the minimum in the eighth inning. Lee finished his half-inning with a groundout of Jorge Velandia in his last plate appearance for Toronto. But the Indians must have seen something they liked: They signed him as a free agent a week later, after he was released by the Jays.3 The Indians pinch-hit Casey Blake for Marté in the bottom of the eighth, but Blake struck out swinging.

In the top of the ninth, Stewart worked the count full, then walked on the eighth pitch of the at-bat. Hill bunted him to second. Ríos lined out, but Stewart advanced to third on Rolen’s single. Mench lined out to right, so Stewart was left at third. In the bottom of the ninth, with Marcum at 114 pitches, B.J. Ryan replaced him on the mound. Ryan needed only seven pitches to get three outs: a strikeout, a pop fly, and a foul popout.

Obviously, extra innings would be needed, as neither team had scored at the end of nine. Neither starter earned a decision in the game, so Cliff Lee remained undefeated.

Lee’s pitch count stood at 117, so it was not surprising that the Indians brought in a reliever, Rafael Betancourt (5.52 ERA), to pitch the 10th inning. Also not surprising, given his ERA, Betancourt gave up singles to Matt Stairs (pinch-hitting for Scutaro) and Overbay. Zaun then bunted to move both runners. Betancourt intentionally walked Brad Wilkerson (pinch-hitting for Velandia) to load the bases. Stewart hit Betancourt’s first pitch for a sacrifice fly, scoring Stairs with the first run of the game. Hill followed Stewart’s example, hitting his first pitch for a single that scored Overbay and Wilkerson. That brought the score to 3-0, Toronto. Ríos popped out to end the inning.

The Jays brought in Scott Downs to try to preserve the win. He was successful: He did give up a ground-rule double to Hafner, but a groundout and two swinging strikeouts ended the Indians’ chances at a walk-off comeback. The home crowd had to settle for watching Cliff Lee lower his ERA to 0.67, and seeing some baseball history.

Oddly enough, the Indians stand out in the history of unassisted triple plays. This was the 14th such play in major-league history, and the Indians were involved in six of them. Naps (Indians) shortstop Neal Ball made the first one in the modern era in 1909 against the Boston Red Sox. Second baseman Bill Wambsganss turned the second one in Game Five of the 1920 World Series, against Brooklyn.

The Indians also have been victimized three times. Red Sox first baseman George Burns turned the first one on September 14, 1923. On May 31, 1927, John Neun, the Tigers first baseman, made the last three outs of the game with his triple play, saving the 1-0 Tigers victory.5

In a truly amazing coincidence, the third player to execute an unassisted triple play against the Indians — Ron Hansen (July 30, 1968, for the Washington Senators) — was an advance scout for Philadelphia and was in Cleveland to see Cabrera’s feat.6

3 But he didn’t last long with the Indians, either: He played in only seven games for them. baseball-reference.com/players/v/velanjo01.shtml.