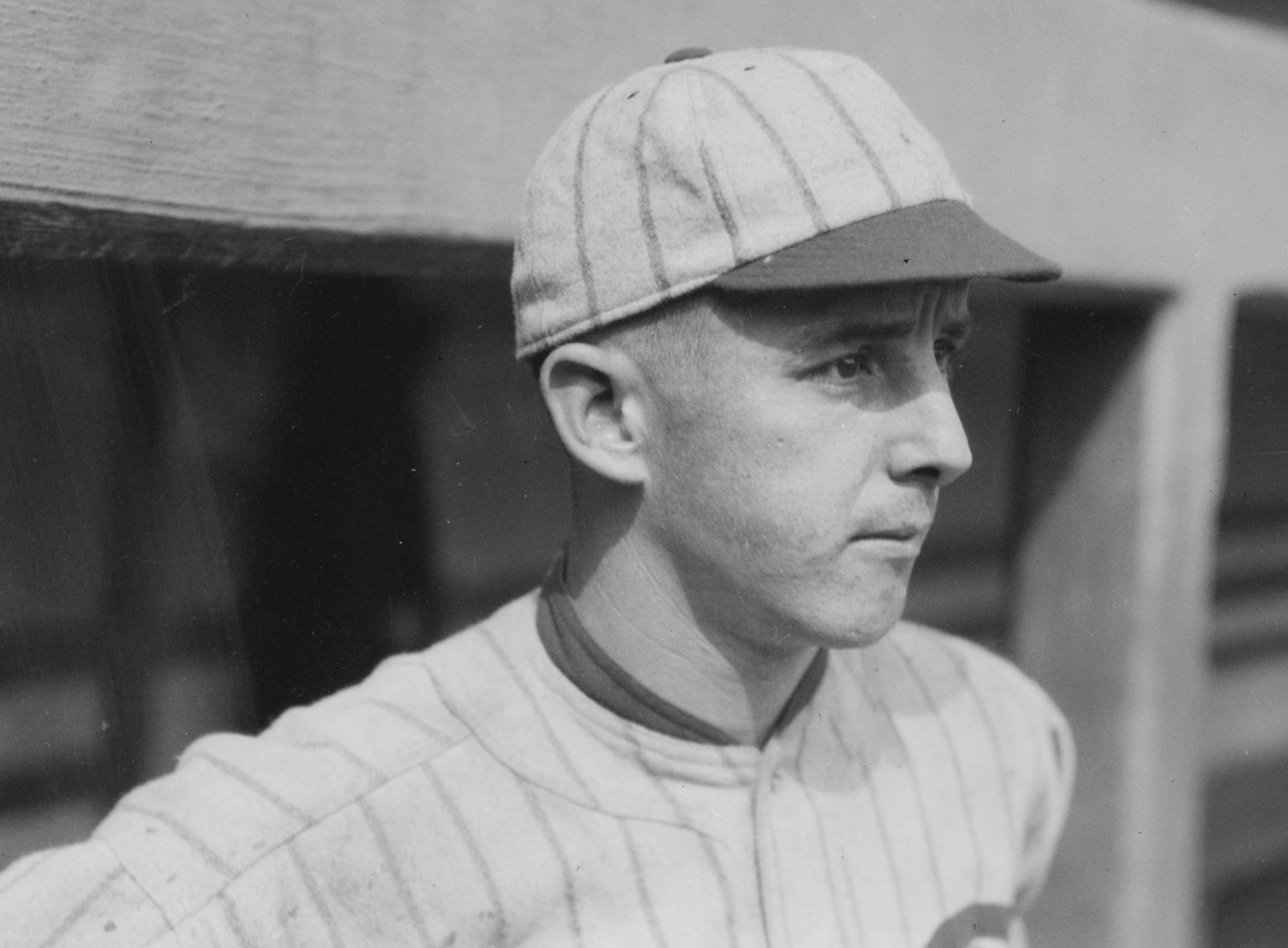 Had there been room, the Griffin Stadium scoreboard would have shown 35 zeroes going into the bottom of the 18th inning. Neither team had scored a run. The same starting nine players were still holding their positions, even as both squads were completing twice the length of a regulation game. Claude “Lefty” Williams, “Chicago’s diminutive southpaw, pitched Walter Johnson, Washington’s giant northpaw, to an absolute standstill.” In what the Washington Post called “the greatest game ever played here and one of the classiest of the national pastime,”1 the hometown Senators defeated the defending world champion White Sox in the pitchers’ duel of the season, 1-0, with the game’s only run scoring on Williams’s wild pitch. The game set a record for the longest American League 1-0 match, and it tied the National League record, set 36 years before.2

The American League standings were jumbled a month into the season. Only three games separated five teams from the first-place Boston Red Sox. Chicago sat out a game in fourth place with an 11-9 record, placing the White Sox two games ahead of the 10-12 Senators, who were tied for fifth position with the St. Louis Browns, while the Yankees and Indians were tied for second place, each a half-game back.

Johnson’s only real trouble came in the first and final innings. As the game opened, the White Sox got to him for two hits, by Eddie Murphy and Buck Weaver, but neither runner scored. Johnson’s counterpart Williams was cruising with a perfect game and allowed his first hit in the seventh inning. With two outs, Clyde Milan “[pulled] a drive over [Swede] Risberg’s head for the swat that wrecked the chance of a no hit game.”3

In the eighth, Williams hit Ray Morgan with a pitch to start the inning and Eddie Foster followed with a single. Two outs later, Burt Shotton beat out a grounder to short, loading the bases, but Williams worked his way out of the jam. The game kept going with little to no offensive action. Each team put a runner at second base in the 12th inning, only to strand him there.

The Senators had a chance in the bottom of the 17th. With one down, Clyde Milan hit a looping fly ball past second base that dropped between center fielder Shano Collins, right fielder Murphy, and second baseman Risberg, who managed to get a glove on the ball but could not hold on. Howie Shanks singled and again the Senators had a rally, but again Williams killed it. Joe Judge hit a ball up the middle, but “Williams stabbed Judge’s bounder and forced Milan at third brilliantly.”4 Morgan then fouled out to end the inning.

In “the first half of the fatal eighteenth,”5 Risberg stroked a one-out double. After Fred McMullin flied out, Johnson’s wild pitch let Risberg advance to third. Ray Schalk worked Johnson to a full count and, according to the Chicago Tribune, “Johnson tried to pass him intentionally with a fourth ball.”6 However, Schalk reached out with his bat and made contact, attempting to drive the ball into right field. He “hit a mean grounder to Morgan, but not too hot for Ray to stop and hand the ball”7 to first baseman Judge to get the third out of the inning.

With one down in the bottom half, Eddie Ainsmith singled past second base. That brought up Johnson, who was “so tired he could hardly drag his feet to the plate,”8 yet the pitcher drove the ball for a single into left-center, sending his batterymate Ainsmith to third. With Shotton now in the batter’s box looking at a two-strike count, Williams “heaved the ball far over [catcher] Schalk’s head to the grandstand and Ainsmith romped across the plate, sending the small crowd home rejoicing.”9 The walk-off wild pitch ended the game.

Johnson and Williams had earned five wins apiece before this game. Johnson had lost his first three decisions of the season, while Williams had won his first four. Both pitchers had almost perfect control in this matchup. Each “let slip one wild pitch in that last inning, but Walter’s came with a runner on second, while Claude’s happened with a man at third.”10

Neither team made an error in the game, and a total of 125 batters stepped up to home plate. The time of the game was 2 hours and 50 minutes, and according to the Chicago Tribune, “it would have been possible to play at least two more rounds before dark.”11 The crowd was small (the attendance was not recorded), but according to the Washington Times, “hardly a handful left the park until the end. They sat and rooted for the home boys, but did not keep back their applause for clever fielding plays by the champions.”12

Johnson struck out nine batters, including his counterpart Williams “five times in succession.”13 Washington’s ace yielded 10 hits (eight singles and two doubles) with only one walk. In earning his sixth win of the season, en route to a league-high 23 victories, he had 11 three-up, three-down innings. The Big Train’s earned-run average dropped from 1.25 to 0.98. He ran his scoreless streak to 31 innings, dating back to May 7. He pitched another complete-game shutout against the Detroit Tigers on May 26 (only nine innings), and then allowed three earned runs in a loss to the Boston Red Sox on May 29. For the season, Johnson allowed no earned runs in 20 of his 39 appearances, and he finished the 1918 campaign with a 1.27 ERA and 162 strikeouts, which, with the 23 wins, gave him his second pitching Triple Crown.

For Chicago, Williams held the Senators to just eight singles and two bases on balls (he also hit a batter), and he struck out three. Despite the earned run, his ERA dropped from 2.49 to 1.96 in this, his fifth complete game of the season. Williams used his defense, especially his outfield. The Chicago Tribune reported, “All told the Nationals hit the ball into the air for 35 outs.”14 The outfielders had made 22 putouts and the rest were by the infield. Chicago’s Eddie Murphy had the best offensive day for either team, getting a double, two singles, and a walk in seven plate appearances.

Although this was the longest outing in his career, Johnson twice pitched a 15-inning shutout; first against the Boston Red Sox on July 3, 1913, and then against the Philadelphia Athletics on April 13, 1926 (Opening Day for the 1926 season). In 1918 Johnson led the American League with eight shutouts, which also gave him the best career mark (with 79).15 Johnson retired as the career shutout leader with 110.

2 Louis A. Dougher, “Griffmen Make New League Record When They Win, 1 to 0, in 18 Innings,” Washington Times, May 16, 1918: 18. According to the Washington Times, the National League record for the longest 1-0 contest was set on August 17, 1882, when it took 18 innings for the Providence Grays to defeat the Detroit Wolverines. The previously longest 1-0 game in the American League was played on August 14, 1903, as the Senators defeated the St. Louis Browns in 15 innings in the first game of a doubleheader.

10 Sanborn. According to both Retrosheet and the Tribune’s own box score, Johnson did not throw a wild pitch. Instead, his catcher Ainsmith was charged with a passed ball.

15 Johnson shared the career mark of 79 shutouts with Christy Mathewson until the 1919 season, when he added seven more to his total and became the outright leader. As of 2018, his tally of 110 career shutouts has led the major leagues since 1927.