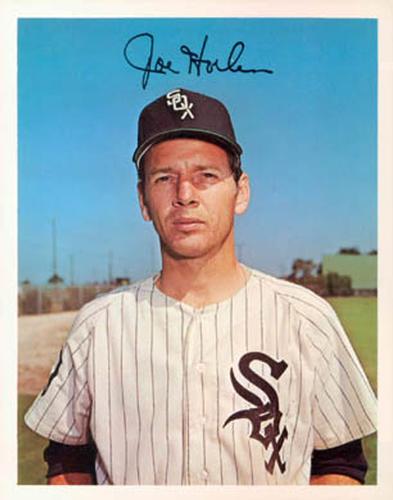 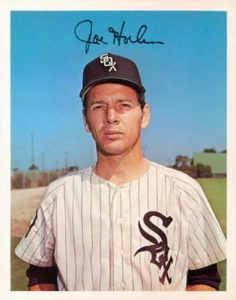 The 1968 Chicago White Sox opened the season with 10 straight losses; they then followed up the disastrous start by winning 11 of their next 17 games. An astute fan might not have been surprised by either set of events.1

The previous season’s team had finished in fourth place, three games behind the league-leading Boston Red Sox, and had been in first place for two months straight (June 11-August 12), finally faltering over the last 10 games of the season. This ill-fated attempt at success was achieved with great pitching,  derring-do speed on the bases, capable fielding, and very little offensive prowess.  While the ’67 competition – the Red Sox, Tigers, and Twins – featured blasters like Carl Yastrzemski, Al Kaline, and Harmon Killebrew, the White Sox had to make do with a lineup that topped out with Don Buford and Ken Berry hitting .241, and with little power.2

Despite the excitement of the season, the White Sox attendance had been below a million for the second year in a row (after having surpassed that level in 14 of the 15 previous seasons). On October 30, 1967, White Sox owner Arthur Allyn had announced that the franchise would play nine of its “home” games in Milwaukee, facing each American League opponent once, Allyn professing “to develop the Milwaukee market for our enterprises.”3 Manager Eddie Stanky and the players expressed indifference: “We’re professional; we’ll play in Alaska if we have to,” Stanky said.4  But this, along with the change of television outlets from WGN to a UHF station, reception-challenged WFLD, had not done much to please White Sox fans, or win their support.5  In nine dates at Comiskey Park, the White Sox had exceeded 10,000 in attendance only once.

The White Sox rotation mainstays – Joe Horlen, Gary Peters, Tommy John – and an accomplished bullpen – were used to winning with little support, and thus far in 1968 that was about all they’d got. On Friday, May 17, the White Sox had returned from their first game in Milwaukee, against the California Angels,6 to face the Oakland Athletics in Comiskey Park. The White Sox were in last place in the American League but poised for a climb.

Horlen’s season so far was an image of the team’s results: He’d lost his first five decisions (getting zero run support in two of them, along with shaky defense),7 followed by two straight wins. His last start was 6⅔ shutout innings against the Athletics on May 11, a win for Horlen with relief help from Wilbur Wood.

In 1967 Horlen had led the American League with a WHIP of 0.953, a 2.06 ERA, and six shutouts; he’d come in fourth in the Most Valuable Player Award voting with the most votes of any pitcher. His year-to-date ERA of 2.70, though not as stingy, should have produced more success than Horlen was having. But this wasn’t new for Horlen; he had been second in the American League in ERA in 1964 with a 1.88 average, and second again to teammate Gary Peters in 1966, with a 2.43 average. Despite this consistency of excellence, the 30-year-old right-hander entered this game with a modest 76-63 lifetime won-lost record over eight seasons. The White Sox offense tended to take the day off when he was the starter.

Horlen’s opponent was Jim Nash, a 23-year-old right hander. Nash, a 6-foot-5, 215-pound power pitcher, had faced the White Sox only once in his young career:  On July 23, 1967, Nash had pitched a nine-inning one-run, three-hit complete game, but the (then Kansas City) Athletics had been shut out by Gary Peters, 1-0. Nash had accomplished a career high of 12 strikeouts in the defeat. So tonight’s game, with 8,407 on hand, portended to be another low-scoring duel.

And that’s what it was. After 6⅔ innings, Nash had fanned seven and the White Sox were hitless, their only baserunner being Bill Voss, who walked with one out in the first. The Athletics had two hits, a fourth-inning single by Reggie Jackson, who was immediately erased when Sal Bando grounded into a double play, and another single in the sixth by Jim Gosger. Other than the two hits, only one other Horlen offering had left the infield.

As Voss and Pete Ward were striking out to lead off the White Sox seventh, bombastic A’s owner Charlie Finley was in the press box announcing that Nash would receive a $2,500 bonus for throwing a no-hitter, and that catcher Jim Pagliaroni would get $500.8 A moment later, White Sox first baseman Tom McCraw boomed a triple to deep center to end the drought; McCraw was stranded when Russ Snyder grounded out to short.

Nash gave up his second walk to lead off the bottom of the eighth, putting White Sox third baseman Bill Melton aboard. Optimistically, Eddie Stanky brought in fleet-footed Sandy Alomar to pinch-run. Alomar stayed at first as the next three batters went out quietly, then took Melton’s place at third base.

As Horlen continued to plug away, the Athletics managed singles by Bert Campaneris in the ninth and Sal Bando in the 10th. A sacrifice put Bando on second with one out but neither Floyd Robinson nor John Donaldson could move him along; the game remained scoreless.

Tom McCraw led off the White Sox 10th with another long triple. McCraw was on a power-hitting tear, having homered in his last at-bat against the Angels on Wednesday.9 McCraw was an excellent runner for a first baseman, stealing 20 or more bases in each of the last two years. A fast man with the winning run on third and no outs sent Athletics manager Bob Kennedy’s thinking into a pickle. Kennedy had to have an out, so he chose to have Nash pitch to Russ Snyder – and it worked; Snyder looked at a called strike three for the first out. Kennedy then had Nash intentionally walk Alomar and Wayne Causey, loading the bases, enhancing the possibility for a force out at home or an inning-ending double play.

Alomar was a bit surprised at the strategy, having had only three at-bats to date during the season. “I was surprised he walked me, especially after they had pitched to Snyder,” he said.10 But Kennedy apparently was much more concerned about the White Sox’ small-ball skills than their ability to drive in the run. Tommy Davis, a former two-time National League batting champion, was next up, hitting for catcher Jerry McNertney. Davis had missed the last nine games with a pulled right hamstring, the same leg that had cost him almost all of the 1965 season.11 No problem for Nash, or Kennedy’s small-ball concerns; Davis took strike three, looking. This was Nash’s 13th strikeout of the game, another career high set against the White Sox, and the most he would achieve in his major-league career.

With two out, it was Horlen’s turn to bat.  Joe had always been a good all-around athlete, often used by the White Sox as a pinch-runner. But Horlen had never been much of a batter,12 a factor that depressed his won-lost record despite his tremendous skills as a moundsman. So Stanky pinch-hit for Horlen, sending catcher Duane Josephson to the plate; unless Josephson came through, Horlen would get an unpalatable no-decision for his efforts.

Nash fed Josephson nothing but fastballs, sending Josephson into a 1-and-2 count. The stocky catcher drove the next pitch, another fastball, deep into center field, over the head of shallow-playing Gosger. The White Sox had their shutout victory, and for Horlen, a third straight win.13 “I had better stuff in the first two victories” he told the Chicago Tribune, which the next day at last could proclaim that the White Sox were no longer in last place.14

The White Sox went on to sweep the four-game series from Oakland; that Sunday night they were in sixth place with a 15-17 record. This would be the high point in the White Sox season. The team began to lose steadily, and two months later Stanky was out the door, replaced by Les Moss, and later in the year by franchise hero Al Lopez. The White Sox would end up in eighth place, tied with the Angels at 67-95, 36 games behind the champion Detroit Tigers; it was Chicago’s first season out of the AL first division in 18 years. The White Sox drew 803,775 in attendance, but almost a third of the total, 265,452, came from the nine dates in Milwaukee.

In addition to sources cited in the Notes, I used the Baseball-Reference.com and Retrosheet.org websites for the box score and play-by-play of this game, player and team pages, and game logs.

1 The Baseball Writers Association of America poll had predicted in The Sporting News (April 13, 1968: 7) that the White Sox would come in third, trailing the Minnesota Twins and Detroit Tigers. Street and Smith’s Official 1968 Baseball Yearbook (42-43) had the White Sox second (behind the Twins) with “the best pitching in either league – actually one of the best of all time.”  But both publications stressed that the White Sox’ hitting needed to improve.

2 Over the winter, the White Sox had attempted to beef up their position players, trading away speed and youth (Tommy Agee, Don Buford) for leadership, fielding (Luis Aparicio), and a potent bat (Tommy Davis).

6 The White Sox lost 4-2. A crowd of 23,510 came out to County Stadium despite tornado warnings and a 90 percent chance of rain.

7 On May 3, against the Yankees, skillful fielder Tom McCraw tied a major-league record for errors by a first baseman in one inning, three; the errors led to three unearned runs for Horlen in the 3-2 loss. The Sporting News, May 18, 1968: 4.

11 Davis had come to the Sox with three other New York Mets in exchange for Tommy Agee and Al Weis on December 15, 1967. A year later, the White Sox let Davis go to the Seattle Pilots as part of the expansion draft.

13 Horlen would earn two more shutout victories in 1969 for a career total of 18.