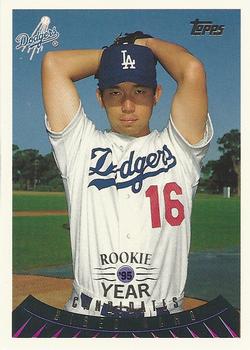 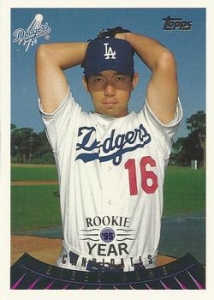 By the end of the 1994 season, major-league baseball was a multinational league. Only the United States and Canada hosted teams, but players hailed from a wider variety of homelands: Venezuela, Mexico, Australia, the Dominican Republic But not a single major leaguer on a 1994 roster had come from Japan. In fact, only one player ever had: Masanori Murakami, who pitched for the San Francisco Giants in 1964 and 1965.1

That was why Japanese television crews made the trip to San Francisco in May 1995. They came to watch Hideo Nomo, a right-handed pitcher newly signed by the Los Angeles Dodgers,2 take the mound as just the second player ever to leave Japan for the American major leagues, three decades after Murakami.

The three-decade gap was not for want of talent or interest in Japan. By the mid-1990s baseball in Japan was over a century old3 and the country boasted a thriving domestic league, Nippon Professional Baseball.

That league was, in part, the reason Murakami’s short but historic sojourn hadn’t been repeated. NPB teams weren’t enthusiastic about losing their talent. That much had been made apparent in the 1960s, when the Osaka-based Nankai Hawks, who had sent Murakami to the Giants with the thought that he would get seasoning in their minor-league system, attempted to bring him back once they realized how much promise he held.

The problem was that the Hawks, perhaps underestimating their young pitcher, had signed a deal allowing the Giants to purchase his contract, which the Giants did. Both sides accused the other of fraud, and ultimately a truce had to be brokered, allowing San Francisco to have Murakami for one more season before a return to Osaka.4

Things hadn’t gotten much better by the time Nomo, dissatisfied with his NPB club, the Kintetsu Buffaloes (also based in Osaka), over salary disagreements and overuse, tried to head to America. NPB rules barred any such move; Nomo had to find a loophole.

With the help of two agents – one Japanese, one American – he found one. Active NPB players couldn’t leave for America, but retired players could. And while highly unusual, there was nothing preventing a healthy, promising 26-year-old from retiring and signing a contract with Los Angeles.5

Hence an uproar in Japanese baseball. Hence television crews from Japan in Candlestick Park, including one with Murakami as a commentator.6

Nomo debuted in a season delayed until late April by the players strike that had canceled the 1994 World Series. When the Dodgers finally opened on April 25 with a road series against the Florida Marlins, Nomo was not with the team. Instead, they preferred to have him pitch a game with the Bakersfield Blaze, an independent team, to get into shape. He did so, under explicit instructions to minimize use of his signature forkball, allowing him to get additional practice with his fastball.7 Then he took his place in the Dodgers rotation for their sixth game of the season, on May 2.

Coincidentally, Nomo’s first game for the second major-league team to sign a Japanese player was against the first team – the Giants.

Before Nomo could make history happen, however, the Dodgers had to bat first. The visiting TV crews weren’t kept waiting long, as Giants pitcher Mark Portugal sent Los Angeles down without any runs scoring, stranding two runners on base.

The top of the inning having been settled, the Dodgers took the field and Nomo ascended the mound, greeted with a waving Japanese flag from Section 12 of Candlestick Park.8 The leadoff man for San Francisco was center fielder Darren Lewis. If Nomo felt pressure, he didn’t show it; he took his time with his delivery (“a sundial can move quicker,” a sportswriter later quipped),9 and Lewis was set down on a called third strike. Nomo’s second batter, Robby Thompson, popped to first.

From there, things got rockier. Nomo walked Barry Bonds – and the next two batters as well, to load the bases. His command seemed spotty, and his pitches ran high.10 Nomo caused his supporters some stress – Murakami noted after the game that his heart pounded watching Nomo pitch11 – but he escaped unscathed, getting Royce Clayton to swing and miss at a forkball, on the eighth pitch of his at-bat, for the third out.

From there, a pitchers’ duel ensued. Neither Portugal nor Nomo allowed a hit in the second. Both allowed hits in the third, with Thompson’s line-drive double to left the first off Nomo. Bonds came up to the plate again but flied out to deep left before another strikeout stranded the runner.

The fourth and fifth were again hitless for both; Nomo walked only one more after the first inning. Then Nomo’s day was over, despite his having allowed only one hit. Relief pitcher Antonio Osuna took over for him in the sixth, perhaps because of a pitch count of 91, elevated by a 32-pitch first inning. Portugal lasted two innings longer than Nomo, again allowing no hits, before being replaced after the seventh. The game remained scoreless.

And it continued to be scoreless, even past the ninth inning. In fact, after Nomo’s bases-loaded jam in the first, only one player on each team made it as far as third base before extra innings.

The first hit for the Giants in extra innings didn’t come until the 11th; for the visitors, the 12th. In each case, the runner was stranded. Lewis got a single in the 13th, with a passed ball by Mike Piazza providing additional excitement before the Dodgers retired Thompson and Bonds to leave Lewis on second. Both teams put runners on base in the 14th, and neither could bring them home.

The 15th started off as more of the same: Mark Dewey, San Francisco’s seventh pitcher of the game, returned after allowing one hit in the 14th and sent the first two batters back to the dugout with a lineout to short and a swinging strikeout.

Then, at last, the floodgates opened: Jose Offerman and Raul Mondesi combined for the first back-to-back hits for either team since the third inning; both singled to center field.

Reggie Williams added another single to center, driving Offerman home with the game’s first run. Eric Karros continued the streak but broke the trend by directing his hit to left, driving home two runs and giving the Dodgers a 3-0 lead. Dewey was pulled for rookie Chris Hook, and the inning ended without any more damage.

The Dodgers sent veteran lefty Rob Murphy to the mound to close it out. Two up, two down, and the Giants were down to their last out. But Jeff Reed walked, giving the Giants some life, which they quickly took advantage of as Lewis singled to right, bringing Robbie Thompson to the plate as the tying run, with Bonds on deck.

In his 20th season at the helm in Los Angeles, manager Tom Lasorda replaced Murphy, a lefty, with right-handed Greg Hansell. This abandoned a potentially favorable matchup against the left-handed Bonds should he come up to bat; Lasorda bet he could end the game before that happened.12 In vain. Thompson punished a high fastball with a shot over the left-field wall to tie it up.

Five pitches later, a long afternoon came to a close. Bonds singled to center and Matt Williams, the next batter, sent him home with a double. After 15 innings – the first 14 of them scoreless –  the game was finally over.

The length of the game and dramatic ending didn’t overshadow the historic nature of Nomo’s accomplishment. Nomo was the focus of an Associated Press story that did not mention until the fourth paragraph that his team lost, after a flattering comparison to Seattle Mariners star Randy Johnson and a quote from a Japanese expat who considered Nomo’s appearance in America a fitting thank-you to the nation that taught Japan the game.13

The start was the beginning of a major-league career for Nomo that continued for more than a decade and included 123 wins, the NL Rookie of the Year award, and strikeout crowns in both leagues. By the time Nomo retired in 2008, after spending the rest of his career in America, baseball looked different. For one thing, 18 other players from Japan suited up for major-league teams that year. For another, the NPB team he had once played for no longer existed, having merged with the Orix Blue Wave in 2004 to form the Orix Buffaloes.

Blue Wave fans probably found common ground with their new bedfellows; they too had lost a star player to America – a speedy outfielder by the name of Ichiro Suzuki. Suzuki, however, had an easier transition, having come over via the relatively new NPB-MLB posting system, which existed in part because of Nomo’s gambit. He didn’t win on May 2, 1995. But he helped to reopen a door.

This article was fact-checked by Laura Peebles and copy-edited by Len Levin. The author would like to thank John Fredland and Kurt Blumenau for their suggestions and advice.

1 Although several players had counted Japan as their place of birth, all other than Murakami had moved to America at a younger age and entered the major leagues via American college ball and the draft.

3 Baseball in Japan is typically traced back to 1872, when a visiting American teacher, Horace Wilson, introduced it to students in Tokyo. Recent research, however, suggests that the first baseball game in Japan had been played a year earlier, in nearby Yokohama. Takuya Otamoto, “Did Baseball Arrive in Japan 1 Yr Earlier Than Commonly Believed?” Kyodo News, October 15, 2021. Accessed online on January 14, 2022. https://english.kyodonews.net/news/2021/10/e918ae00f224-feature-did-baseball-arrive-in-japan-1-yr-earlier-than-commonly-believed.html.