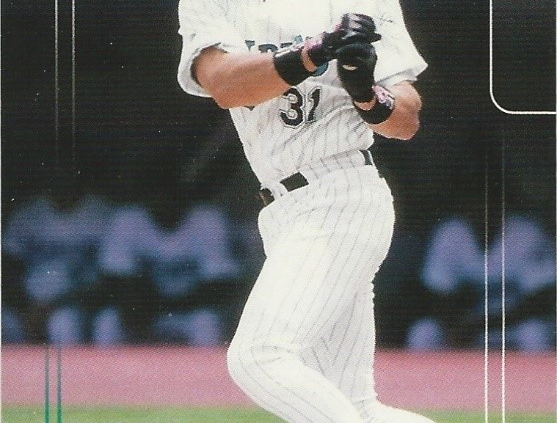 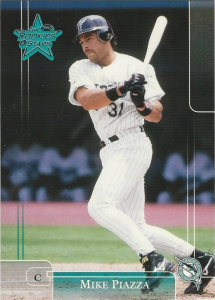 When Mike Piazza was traded to the Florida Marlins on May 14, 1998, he had no idea how long his South Florida sojourn would last. The Los Angeles Dodgers, Piazza’s team since the 1992 season, may have been underachieving, just 19-21 when they traded Piazza and Todd Zeile to the Marlins for Gary Sheffield, Manuel Barrios, Bobby Bonilla, Jim Eisenreich, and Charles Johnson, but Los Angeles was at least expected to contend.1 Florida, however, was clearly rebuilding, shedding salary from its 1997 World Series-winning club.

If Piazza needed a sign that his season had bottomed out and things couldn’t get much worse, the Marlins’ game against the Arizona Diamondbacks on May 21 might as well have been bright neon marquee along Ocean Drive in Miami’s South Beach.

The defending World Series champions took on the expansion Diamondbacks on a hot and humid Thursday afternoon. Piazza crouched behind the plate in his catcher’s gear and received the first pitch from rookie right-hander Brian Meadows at 1:06 P.M. Making the 10th start of his career, Meadows worked around a walk and a single to pitch a scoreless top of the first.

For the third time in Piazza’s four starts with the club, the Marlins scored in the first inning. Edgar Renteria singled with one out against Arizona starter Jeff Suppan, then stole second with two outs and Piazza at the plate. With the count 2-and-2, Piazza lined a single to center to drive in Renteria for his fifth RBI in five games with Florida.

Meadows gave the run right back in the top of the second. David Dellucci led off with a single and took second on a groundout. With the left-handed-hitting Brent Brede batting, Dellucci stole third, allowing him to score on Brede’s groundout to second.

Zeile led off the bottom of the second with a single, but when the next two batters were retired to bring up Meadows with two outs, it looked as though the leadoff baserunner would be wasted. Meadows, however, worked the count full, fouling off two pitches before drawing a walk. Todd Dunwoody’s infield single loaded the bases, and Renteria cashed in with a two-run single to center for a 3-1 Marlins lead. Mark Kotsay walked to load the bases for Piazza, but the slugger grounded out to third to end the inning.

Meadows struck out the first two batters in the bottom of the third, but Diamondbacks first baseman Travis Lee connected for his ninth home run of the season to make it 3-2 before Matt Williams flied to left for the third out.

“The thing that hurt me the most was that I couldn’t convert my shut-down innings,” Meadows said. “When we put a number on the board, I’ve got to go out and put up zeroes, and I didn’t do that.”2

The Marlins carried that one-run lead into the fifth, when Tony Batista batted for Suppan to start the inning, drawing a walk, and Andy Fox singled. Jay Bell sacrificed the runners to second and third, a move that paid off when Devon White’s groundout to shortstop allowed Batista to score—with Fox holding at second—and tie the game, 3-3. After walking Lee, Meadows prevented further damage by getting Williams to ground into a force at third.

Amaury Telemaco replaced Suppan on the mound and pitched a one-two-three bottom of the fifth, getting Piazza to fly out to right for the second out.

After 70 pitches in five innings, Meadows’ day was over; fellow rookie Vic Darensbourg came out of the bullpen to start the top of the sixth. Dellucci was ready, hitting Darensbourg’s second pitch down the right-field line for a triple. Kelly Stinnett’s fly ball to left field was deep enough for Dellucci to score, giving Arizona a 4-3 lead. Darensbourg whiffed the next two batters.

With one out in the bottom of the sixth, Marlins rookie first baseman Ryan Jackson hit the first home run of his career, a shot to right field that was estimated at 455 feet.3 Florida’s seventh-round pick out of Duke in 1994, Jackson hit two more home runs over the next week and then only four more in a four-year career that ended in 2002 with the Detroit Tigers. With the score knotted again, 4-4, Telemaco got Craig Counsell to fly out, then struck out Darensbourg.

The seventh inning marked Piazza’s low point in Florida. Darensbourg appeared to strike out Fox to open the inning, but strike three got past Piazza—it was scored a wild pitch—and Fox reached first base. Bell replaced him there when he grounded into a fielder’s choice, with Fox forced out at second.

On the second pitch to White, Bell stole second, then broke the tie when White doubled to right-center. With Lee up, batting from the left side, White took off for third on the first pitch. Piazza’s throw sailed into left field, allowing White to jog home and give the Diamondbacks a 6-4 lead.

“In certain situations, you just like to disrupt the catcher,” White said. “I got a decent jump, and he just rushed the throw.”4

Arizona had entered the game with a major-league-low 13 stolen bases for the season, and the swipes by Bell and Dellucci were the first of the year for each player.5

With the Marlins down two runs in the bottom of the seventh, Renteria drew a one-out walk. Kotsay flied out to left, bringing up Piazza with two down. Two of Telemaco’s pitches brushed him off the plate, knocking him to the ground in one instance. One was a wild pitch, enabling Renteria to advance to second.

Earlier in the season, on April 17, Piazza had homered off Telemaco, who was then with the Chicago Cubs, and the catcher believed that history was behind the brushbacks.

“[I]t was blistering hot and Amaury Telemaco, whom I was always leery of, fired a ball behind my back,” Piazza wrote in his memoir. “Then I broke my bat on a grounder between first base and the pitcher’s mound and wanted so badly to run him over at the bag, but he took a sharp left turn as soon as he touched it. I stranded four runners that day.”6

Piazza was Telemaco’s last batter of the day. Russ Springer pitched a perfect eighth, and Gregg Olson retired all three batters in the ninth for his third save of the season and second in as many days in Miami.

“I have nothing against him,” Telemaco said after the game when asked about the pitches to Piazza. “I wouldn’t throw at someone because they hit a home run off me. … I was just trying to pitch inside, that’s all. You have to do that to every hitter, keep them honest because you have a right to the plate, too.”7

Arizona won the season series from Florida, 6 games to 2. After this two-game sweep, the Diamondbacks were 14-32, the worst record in baseball but just a half-game behind the Marlins’ 15-32.

“Do you know what’s worse for a ballplayer than having a miserable game?” Piazza pondered in his autobiography. “When nobody cares. It was probably my self-absorption speaking, but it seemed like I was the only guy in town with any feelings whatsoever about how we played. That was my low point. That was when humiliation overtook me. I slumped back in the dugout thinking, what am I doing here?”8

He wouldn’t have to ask himself that question for much longer. By the time he reported to the ballpark the next day, he was no longer a Marlin.

1 Five of eight writers at Baseball Prospectus picked the Dodgers to win the National League West Division in 1998, with the other three slotting them second. The panel’s consensus on the Marlins was a third-place finish in the NL East. See “Projected 1998 National League Standings: We Guesstimate the Season’s Winners and Losers,” https://www.baseballprospectus.com/news/article/90/projected-1998-national-league-standings-we-guesstimate-the-seasons-winners-and-losers/, accessed March 27, 2022.