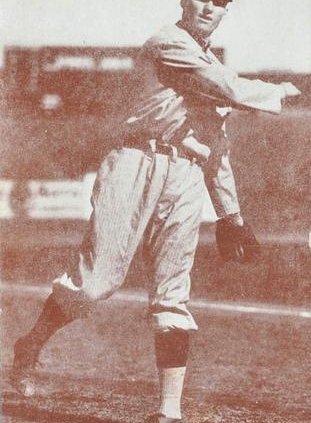 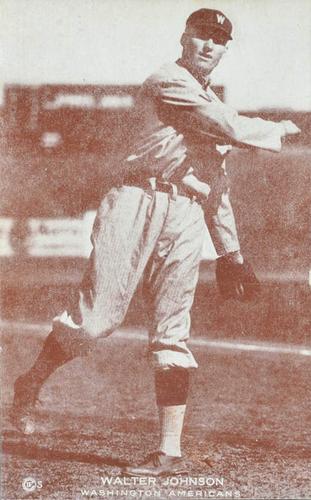 Walter Johnson, “The Big Train,” one of the most storied and talented pitchers ever to grace a major-league pitcher’s mound, threw only a single no-hitter in his 21-year career. If one argues that such a game defines a pitcher’s “best game,” then certainly the sparkling one-hitter Johnson threw at the Chicago White Sox on May 23, 1924, in Griffith Stadium must rank a close second. Some argued that it was far better than that – “one of the greatest games of baseball ever pitched,” one reporter gushed. Even allowing for hyperbole, defending that claim isn’t difficult.1

The 1924 season was Johnson’s 18th in the big leagues, and the glory days of the 19-teens appeared to be fading into the past. It had been a “rejuvenating” year for him. Indeed, since 1920, Johnson’s numbers compared with what had preceded them were for him “just OK.” For example, he went 57-52 in the four-year stretch; his average number of strikeouts, innings pitched, and number of shutouts fell off, while his ERA, WHIP, walks, and hits allowed all crept higher.2

At the start of the 1924 season, Washington fans were widely bemoaning Johnson’s decline. The 36-year-old right-hander had apparently reached his inevitable final slide out of the game. “Poor old Walter Johnson,” they said. “He’s almost in, down and out.” They could not have been more mistaken. The Big Train that left the station in 1924 resembled the earlier models. And the cars it pulled had improved as well. Johnson’s Senators would win their first-ever pennant that year, and the World Series, too. Johnson led the AL in a raft of pitching categories: number of wins (23), ERA and ERA+ (2.72/149), strikeouts (158), WHIP (1.116), strikeouts per 9 innings (5.1), and K/BB ratio (2.05). A pitching triple crown winner for the last of three times in his career –1913, ’18, and ’24 – he was unquestionably the league’s most valuable player.3

The game Johnson won on this pleasant spring day in the nation’s capital was his eighth start of the year. With his team in sixth place (12-16), he was 4-3 coming in, on his way to 19 more wins and only 4 more losses. His opponents, the White Sox, stood one place above the Nats in the standings, but they were headed to a dismal last-place finish, 25½ games behind these same Senators. Johnson’s striking out 14 opponents, a marvel in 1924, has been surpassed over 200 times by major-league pitchers since then.4 Another Johnson feat that day was fanning six consecutive hitters, which tied the AL record at the time. This, too, has been bettered several times.5

Employing what the writers referred to as “his shoots, slow balls, and fast” and “his smoke ball with great control,” Johnson’s side-arm deliveries baffled the White Sox the entire game. Still in the decades-long backwash of the team’s decimation in the wake of the Black Sox scandal, Chicago was but a shadow of the dominant club of 1919-20. The lineup, though studded with three future Hall of Famers – not counting two pitchers on the bench – rose to the level of barely competent in comparison to the rest of the league.6

The Senators of 1924, however, were one of the best teams ever to represent the nation’s capital. Besides the Big Train, the team had three additional Hall of Fame members on the field: Bucky Harris at second, Sam Rice and Goose Goslin in the outfield. And the team was nothing less than solid at every other position, from Joe Judge at first base to veterans Nemo Leibold in right field and Roger Peckinpaugh at short.

Johnson made swift work of the White Sox in the first inning. As if to preview coming events, he struck out the leadoff hitter Johnny Mostil, and then, in an odd spot to do it, he walked Harry Hooper, the only base on balls he’d surrender in the game. But Hooper was immediately erased when Eddie Collins lined a hot shot to Bucky Harris, who threw to Judge for a snappy double play. The pitcher the Senators faced this afternoon, 30-year-old Texan Dixie Leverett, was on the mound for the third of only 11 starts in the season. In his third season with the White Sox, Leverett had evinced little promise thus far, a course he would continue for the rest of the season.

The hometown boys didn’t waste any time putting up a run for themselves. White Sox catcher Ray Schalk misplayed a bunt by leadoff hitter Leibold for an error. Leibold advanced to third on a sharp single to left by Harris and scored an unearned run on another single by Sam Rice. Three hitters into the game, Walter Johnson had all the runs he would need.7

The game settled into its more or less unrelenting groove for the next eight innings as Chicago came to bat in the second. Johnson faced three hitters: One flied out to center and the next two struck out. The Senators picked up another run in their half of the inning on Muddy Ruel’s double, a sacrifice, and an infield out. Three up and three down for Chicago in the third, all strikeouts. That made five in a row for the Big Train. Again, the Nats scored a run in their half of the inning: Leibold bunted his way on and advanced on a sacrifice. He then scored on singles by Rice and Goslin.

The White Sox managed to get their lone hit in the top of the fourth inning. After Mostil fanned, Johnson’s sixth consecutive K, Harry Hooper lined a clean line-drive single to right, getting the only hit for the visitors and halting Johnson’s strikeout streak at six. Washington failed to score in the bottom of the fourth, and in the top of the next inning Johnson fanned three more White Sox. He now had a total of 10. The Senators scored their fourth and final run in the bottom of the inning. Leibold stroked a double to the left-field wall, went to third on a sacrifice by Harris, and then scored on a fly to right by Sam Rice.8

Johnson went on to strike out four more hitters, one in each of the following innings: Mostil, for the third time, in the sixth, then Hooper, then Willie Kamm in the eighth – also for the third time, and pinch-hitter Maurice Archdeacon (for Mostil) in the ninth to end the game. Only a pair of White Sox had reached base during this masterpiece of a game, and nobody had got any farther than first base. Reporters couldn’t resist playing up the “comeback” aspect of game for Johnson. “Folks said he was losing his power,” wrote a New York newsman. “To which Mr. Johnson and all the rest of us say ‘Ha Ha.’” It’s tempting to imagine that the Big Train himself might have entertained a similar thought.9

All statistics and play-by-play information are from baseball-reference.com and retrosheet.org/boxesetc/1924/B05230WS11924.htm.

2 Joe MacKay, The Great Shutout Pitchers: Twenty Profiles of a Dying Breed (Jefferson, North Carolina: Mcfarland & Company, 2003), 12. Any statements about the statistics Johnson posted from the “off” years 1920-23 must be seen in the context of the seasons that preceded them, which were by any measure stupendous. But his seasons from 1920 to ’23 could hardly be described as shabby. Indeed, Johnson led the league in strikeouts and was among the league’s most valuable players for two of those four “off” years.

6 Philadelphia Inquirer, August 24, 1924; “Walter Johnson Works Greatest Game of Career.” The White Sox did not finish in the first division again until 1936, and from 1921 to 1935 they finished either seventh or in the cellar eight times. As of 2020 they have won only two pennants since 1919, and only a single World Series. The three future Hall of Famers on the field for the White Sox were Harry Hooper in right field, Eddie Collins at second base, and Ray Schalk, catcher; the pitchers were Ted Lyons and Red Faber. Modern analysts consider only Lyons and Collins as top-tier members of the HOF; the others are all either marginal or questionable to some degree. See Jay Jaffe, The Cooperstown Casebook: Who’s in the Baseball Hall of Fame, Who Should be in, and Who Should Pack Their Plaques (New York: St. Martin’s Press, 2017) and Bill James, Whatever Happened to the Hall of Fame? Baseball, Cooperstown, and the Politics of Glory (New York: Simon & Schuster, 1994).