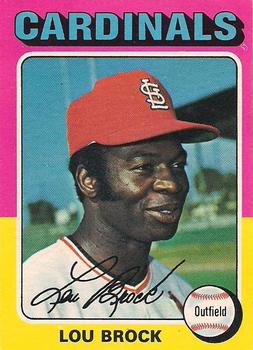 The San Diego Padres and St. Louis Cardinals began a three-game series on Memorial Day, May 26, 1975. The visiting Padres won the first contest, 9-6. A moderate crowd of 10,060 came through the gates at Busch Stadium to watch the second game. The Cardinals (16-23) had lost seven of their last 10 games and found themselves in fifth place, although only 6 games behind the National League East front-runners, the Chicago Cubs. The Padres (23-21) were in third place in the NL West, 4 games back of the Los Angeles Dodgers. Each team was looking to make a move in the standings.

A pair of sophomores started the game. Twenty-five-year-old Bob Forsch (4-3, 3.32 ERA) was called upon to start against the Padres. Working on only three days’ rest, the right-hander had pitched against the Dodgers on May 23, allowing three earned runs in 6⅔ innings, but he did not earn a decision. For the visiting team, 24-year-old righty Dave Freisleben (3-4, 3.66 ERA) was going on four days’ rest.

Forsch retired the Padres in order in the top of the first. Lou Brock singled to center to lead off the bottom of the first and stole second, his 14th base swipe of the year. Ted Sizemore walked, but Freisleben settled down to get the next three batters without incident.

San Diego loaded the bases in the second (on a single, catcher’s interference, and walk), but Forsch induced a comebacker to the mound that resulted in a force out at home and a grounder to short to end the inning without allowing a run. St. Louis went quietly in the second on three fly outs.

With one out in the third inning, Brock “sent St. Louis on top 1-0 with his home run, a 415-foot drive on Freisleben’s first pitch”1 of the at-bat. The Cardinals put two more runners on base, but Freisleben again worked out of the jam, limiting the damage to just the one run.

The next nine batters (six for San Diego, three for St. Louis) went quietly, bringing the game to the bottom of the fifth. Forsch led off with a single to center. He was a pretty good contact hitter (having gone 6-for-20 in nine games so far this season). Brock then lined a ball deep into center, too, and it got past San Diego’s center fielder Johnny Grubb. Brock never let up in his dash around the bases, and Cardinals third-base coach Vern Benson waved him toward the plate. However, when the defense made two perfect relays (Grubb to shortstop Enzo Hernandez to catcher Randy Hundley), Benson put up the stop sign. By this time, Brock was halfway home, and when he stopped and retreated toward third base, he was easily tagged out as Hundley fired to third baseman Ted Kubiak, who applied the tag. Brock was credited with a triple and a run batted in. The Cardinals settled for the one run and now had a 2-0 lead.

The Padres had gone through the order twice by the top of the sixth. Enzo Hernandez doubled to lead things off and advanced to third on a fly out by Bobby Tolan. Dave Winfield rolled a grounder to shortstop Mario Guerrero, whose only play was at first, and Hernandez scored, cutting the Cards’ lead in half.

In the bottom of the sixth, rookie Keith Hernandez started things for St. Louis with a double and went to third on a sacrifice by Luis Melendez. Freisleben then walked Ken Reitz, bringing up Guerrero. Guerrero had just joined the St. Louis squad earlier in the week, after starting the season in the minors with the Tulsa Oilers.2 The newcomer delivered a single to right, driving in Hernandez and driving out Freisleben. San Diego skipper John McNamara brought in Dave Tomlin to do the pitching. The first batter he faced was Forsch, who delivered his second single of the game, scoring Reitz and sending Guerrero to third. (Forsch moved to second on the play.) Tomlin then struck out Brock, and McNamara made another change, bringing in reliever Bill Greif to face Sizemore.

Greif walked Sizemore, loading the bases. Reggie Smith then singled to right field, driving in both Guerrero and Forsch and sending Sizemore to third. With Ted Simmons batting, Smith stole second. This prompted McNamara to call for an intentional walk to Simmons, again loading the bases. It also meant another trip to the mound and another call to the bullpen. Rich Folkers became the fourth San Diego pitcher of the inning. He ended the frame as Keith Hernandez flied out to left. However, the Cardinals had scored four more runs and now led 6-1.

With a five-run advantage, Forsch cruised. He retired the side in order in the seventh, the fourth time he had faced the minimum, and he allowed just a two-out single in the eighth. In the bottom of the eighth, with Alan Foster now pitching for San Diego, Brock stroked a one-out double, completing the cycle. With two outs, Foster intentionally walked Smith. Ken Rudolph hit an RBI single to right, and Brock scored. Forsch allowed a walk in the last of the ninth and notched a complete game, 7-1 victory.

Forsch helped his own cause with his 2-for-4 performance at the plate, raising his own batting average to .333. Teammate Smith remarked, “Maybe he didn’t trust us and felt he had to do a little hitting himself.”3 Forsch limited the San Diego offense to just five hits (the double by Enzo Hernandez and four other singles). He mentioned after the game that he was “tired in the last two innings, so that big cushion and defense helped,”4 and he earned his fifth win of the season. He had struck out three and walked four.

St. Louis ended its two-game losing streak at the hands of San Diego. Neal Russo of the St. Louis Post-Dispatch wrote, “The Cardinals finally solved the Padre mystery by making hamburger of the visitors,”5 a reference to the fact that the Padres’ owner, Ray Kroc, also owned the McDonald’s hamburger chain.

Brock seemed destined to get the fifth-inning triple. His manager, Red Schoendienst, said, “Lou really powdered the ball for that triple.”6 If Benson had waved him home, Brock would have most likely been tagged out at the plate and been credited with a triple by the official scorer. If Benson had put up the stop sign right away, Brock would have easily reached third without a throw and again been credited with the three-bagger. However, it was Brock’s intention to get the inside-the-park home run, which makes the triple unintentional. In a game against the Detroit Tigers on June 25, 1934, Yankees star Lou Gehrig also hit for the cycle by accident. In the seventh inning of that game, Gehrig was cut down at the plate as he tried to make an inside-the-park home run, and the resulting triple completed his hitting for the cycle.

Brock led the Cards with his 4-for-5 night at the plate, raising his batting average to .342 and his slugging percentage to .500. On May 8 Brock was in a slump, batting only .253, partly due to a shoulder injury, and he told reporters, “I was starting to swing better when I got hurt.”7 In the 17 games since then, the Cardinals’ leadoff hitter had turned it around, hitting at a .437 clip (31-for-71), which included two homers, three triples, six doubles, and 10 runs batted in. Smith equaled Brock with two runs batted in, giving Smith 11 RBIs in his last five games.

After the game, Brock joked, “Sure, I’ve hit for the cycle before. I’ve done it in my dreams.”8 Regarding his four hits, Brock told reporters, “I hit three breaking balls and a fastball.”9 Brock became the 15th batter in St. Louis franchise history to hit for the cycle, with his feat coming almost two years after Joe Torre (June 27, 1973 against the Pittsburgh Pirates). St. Louis fans would have to wait until June 23, 1984, for the next cycle, when Willie McGee accomplished the rare event against the Chicago Cubs. In addition, Brock’s cycle was the only one in the 1975 season. The year before, Pittsburgh’s Richie Zisk hit for the cycle on June 9, 1974, against the San Francisco Giants.

In addition to the sources mentioned in the Notes, the author consulted baseball-reference.com, mlb.com, retrosheet.org, and sabr.org.