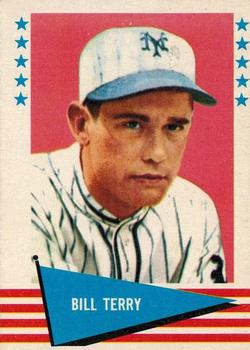 Two months into the 1928 season, the National League had a tight race for the top spot. While the Cincinnati Reds held first place (28-16),1 four other teams were within striking distance. The third-place New York Giants (21-15) traveled to Brooklyn to take on the fourth-place Robins (22-17) at Ebbets Field. A week earlier, the Giants had split four games with the Robins (the games were also played in Brooklyn). This game was the first of a five-game series.2 For the visiting Giants, Fat Freddie Fitszsimmons was named for mound duty, making his sixth start of the season. The home team countered with Jesse Petty. These were the same two hurlers as in the last game of the previous series.

In that May 24 match-up with New York, Petty had tamed the Giants’ bats, allowing just three hits in a complete-game 3-0 victory. Fitzsimmons also pitched a complete game, allowing six hits. Two of the Brooklyn runs were unearned. However, on this occasion, Petty “took an unmerciful pasting”3 from the Giants. The Daily News’ Sam Schnitzer wrote, “It was truly a sad afternoon for some 10,000 Brooklyn folk.”4 He added, “[T]he Polo Grounders reared up at Ebbets Field and socked the employees of [Dodgers manager] Wilbert Robinson 12 to 5.”5

Giants first baseman Bill Terry played a major role in the game, hitting for the cycle. Coming into this contest, though, Terry was in a slump, batting .264, with only two hits and one RBI in his last 28 at-bats.

Both pitchers were on form in the early stages of the game. Petty breezed through the first, getting three straight groundouts. In the second, Les Mann led off with a single for the New Yorkers, and Terry followed with an infield single. Travis Jackson laid down a successful sacrifice bunt. Petty then walked Andy Cohen to load the bases, and the Giants looked poised for a rally. However, Petty induced Bob O’Farrell to ground into an inning-ending double play.

Fitzsimmons had allowed a single to Harvey Hendrick in the first but pitched a three-up, three-down second. In the bottom of the third, Petty started things with a one-out single off his counterpart. Jigger Statz lined a double, with Petty advancing to third. Hendrick stroked a single to left, driving in both runners, and the Robins had taken a 2-0 lead.

Petty retired the first two batters in the top of the fourth before Terry tripled. Terry should have been stranded when Jackson hit a grounder to third, but Brooklyn third baseman Hendrick threw the ball away and Terry scored. (The run was unearned.) An inning later, the Giants took the lead. Fitzsimmons helped his own cause with a leadoff single into the hole at short. Fitzsimmons was forced at second on Andy Reese’s grounder. Freddie Lindstrom singled to left. Reese rounded second and kept going, drawing a throw from left fielder Rube Bressler. Reese was safe, and in a heads-up play, Lindstrom took second on the throw. Mel Ott slashed a two-run single, and the score was now 3-2 in favor of New York. Each pitcher was laboring; both teams put runners on in every time at bat.

In the bottom of the sixth, the Robins put together a rally, getting two runners aboard with two outs (Dave Bancroft and Butch Henline had each singled). Instead of pinch-hitting for Petty, the Brooklyn manager let his pitcher bat, and Fitzsimmons sent Petty back to the dugout after three straight strikes. That decision would come back to haunt Robinson and the Dodgers.

Petty returned to the pitching mound to face the Giants in the top of the seventh, with the top of the New York batting order due up. Reese opened the frame with an infield hit to short. Bancroft fielded the slow roller but could not get the ball to first in time. Petty then walked Lindstrom. Ott bunted and reached base safely. According to the Brooklyn Daily Eagle, “Petty ran away from the [bunted] ball instead of toward it.”6 That meant that the bases were loaded and the Giants had not hit the ball out of the infield. Mann grounded a ball to Robins third baseman Hendrick, who fired home for the force out on Reese, but the bases remained filled. Terry then not only hit the ball out of the infield but he smacked it out of Ebbets Field for a grand slam. Thomas Holmes of the Brooklyn Daily Eagle had some fun with his account of the game, writing, “Terry’s ball dodged between the traffic of Bedford Ave. for approximately 10 minutes.”7

Terry’s clout was followed by Jackson’s solo home run, a shot into the bleachers beyond the left-field fence. Those two round-trippers knocked Petty out of the game. Ray Moss entered to finish the seventh. After walking Cohen, Moss retired both O’Farrell and Fitzsimmons. Moss also pitched the eighth, but he let the game get out of hand. Lefty O’Doul, pinch-hitting for Reese, singled to start the inning. Lindstrom forced O’Doul at second, and then Ott drove a hit to center. Statz misplayed the ball, and Lindstrom motored to third. With runners on the corners, Jimmy Welsh batted for Mann and drew a free pass. For the second consecutive inning, Terry was batting with the bases loaded. He launched an offering from Moss into deep center for a two-run double. The ball “bounced off the center field exit gate.”8 Jackson followed with a sacrifice fly to left, plating Welsh. The Giants had built an 11-2 lead. Bill Terry had hit for the cycle.

Lou Koupal pitched the ninth, mainly as mop-up duty. He allowed a walk to O’Farrell and a single to O’Doul. (Fitzsimmons struck out in-between.) With Lindstrom batting, the Giants pulled off a double steal, which proved opportunistic, as Lindstrom then lifted a fly ball to center and O’Farrell scored Run Number 12 for New York.

Down by 10 runs, Brooklyn rallied in its half of the ninth. Jake Flowers (pinch-hitting for Bancroft) and Henline hit back-to-back singles. Babe Herman, batting for Koupal, singled, scoring Flowers, and Henline ended up on third (Herman advanced to second) after an error by Giants catcher O’Farrell. Statz connected for the fourth straight single of the inning, plating Henline. Hendrick grounded into a 6-3 double play, but Howard Freigau (who was pinch-running for Herman) scored, cutting the New York lead to 12-5. Fitzsimmons finally retired Ty Tyson on a fly ball to center to end the game. Much was written in the Brooklyn papers the next day second-guessing Robinson’s decision to let Petty bat in the sixth. Had he inserted Herman as a pinch-hitter then, which seemed “a most logical spot for the southpaw to be removed,”9 would the outcome have changed? Petty had been tagged for 12 hits and eight runs (seven earned).

For New York, Terry came out of his slump with a vengeance. He drove in half of the Giants’ runs, as both his home run and double came with the bases loaded. Terry’s batting average jumped 23 points, and his slugging percentage shot up 69 points. Ott and Cohen also “proved exceedingly obstreperous,” according to the Daily News.10 Ott laced three singles in the contest, while Cohen added a double, single, and two walks. Fitzsimmons earned his fourth win of the season, despite allowing 11 hits and five earned runs.

The two teams met again the next day in a doubleheader, with the first game beginning at 10:30 in the morning, “for the benefit of early risers.”11 New York won the opener, 9-1, but the second game (which was not scheduled to start until 3:00 P.M.) was called after six innings due to darkness, with the score tied 2-2. The two teams split the final two games of the series, but New York had climbed a notch in the standings, while the Dodgers had dropped to fifth place.

Terry’s collection of a single, double, triple, and home run marked the 11th time a Giants player had hit for the cycle.12 His accomplishment came six years after Ross Youngs (April 29, 1922). Teammates Mel Ott and Freddie Lindstrom joined the Hit-for-the-Cycle Club in the next two seasons; Ott did so on May 16, 1929, and Lindstrom did so on May 8, 1930. Another New Yorker, the Yankees’ Bob Meusel, hit for the cycle in 1928 (July 26), setting a record as the first American League player to hit for the cycle in three different games. Terry and Meusel accounted for the only two cycles hit in 1928.

1 The Reds faded in the standings, finishing the season in fifth place. The St. Louis Cardinals won the pennant, ending up two games ahead of the Giants.

2 The first three games of the series were played at Ebbets Field (May 29-30), while the last two were at the Polo Grounds (June 1-2).