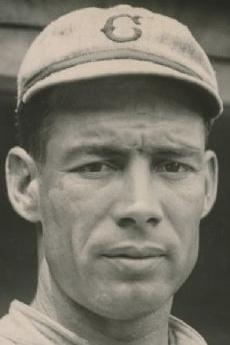 Would May 3, 1917, be another extraordinary day at Chicago’s Weeghman Park like the day before? A few thousand fans were willing to brave the frigid weather to find out. And later that day, after the last out was recorded to secure a 10-3 win for the home team, the fans who had attended, as well as those who would read about the game in the newspapers, got their answer: “It was almost as bad a game as could be played and a bigger crowd than saw the record battle was on hand expecting great things,” James Crusinberry of the Chicago Tribune told his readers. “All the fans got was a lot of lake breeze and one huge laugh at little Cueto of Cuba.”1 Little Manuel Cueto had made an important catch to preserve Cincinnati’s no-hit 10-inning win the day before in one of the most remarkable games in major-league baseball history.

On May 2, 1917 starting pitchers Hippo Vaughn of the Cubs and Fred Toney of the Cincinnati Reds matched each other by pitching nine consecutive hitless innings, the only time in the major leagues that this was done. In the top of the 10th Reds shortstop Larry Kopf got the game’s first hit and Hal Chase reached on an error by center fielder Cy Williams. With runners on first and third and two outs, Jim Thorpe tapped a soft hopper off his bat handle that dribbled down the third-base line. Kopf, on third, broke for the plate as Vaughn bolted off the pitcher’s mound, hopping convert the soft grounder into an out. “There was hardly a chance for him to throw out Thorpe at first base, and there was a possible chance to scoop the ball to Art Wilson (Cubs catcher) in time to get Kopf at home,”opined Crusinberry.2 Vaughn reached for the ball with his glove hand and scooped it toward catcher Art Wilson. “Art just went paralyzed – just stood there with his hands at his side staring at me,” Vaughn recalled nearly three decades later. “The ball hit him square in the chest protector,” allowing Kopf to score the game’s only run.3

In the bottom of the 10th, Chicago first baseman Fred Merkle socked a one-out drive that looked as if it might clear the left-field barrier. Reds left fielder Manuel Cueto backed up to the fence and reached up to make the catch for a long out. When the next batter, Cy Williams, was also retired, the game was over, and the Cubs had been held hitless. “In the clubhouse afterwards, everybody was pretty sore,” said Vaughn. “Wilson cried like a baby after the game. He grabbed my hand and said, ‘I just want you to know Jim – I just went tight.’”4

The next day, May 3, 1917, was a new day, and offered an opportunity for the Cubs and their pitcher, Mike Prendergast. A 28-year-old Chicago native, Prendergast had pitched two seasons for Chicago’s Federal League team before coming to the Cubs when the Federal League folded in 1916. Prendergast, a starter with the Feds, was now a relief pitcher and spot starter with the Cubs. Ten days before, at Cincinnati, he had made his first start of 1917 but was forced to leave the game with a 3-0 lead in the fifth inning after injuring his hand. After he left the game, things went downhill and the Cubs lost, 10-4.

The Cubs hitters also hoped to get back on track and get revenge against today’s starter, rangy and swarthy right-handed rookie Jimmy Ring. The rookie had defeated the Cubs, 6-4, the week before for his first major-league victory.

In the top of the first Art Wilson, with an opportunity to redeem himself for his mental lapse the day before, showed that he had come to play when he participated in all three outs in the inning by catching two foul pops and throwing out a runner trying to steal second. The Cubs went quietly in the bottom of the first.

In the top of the second, Jim Thorpe reached base on an error. Having one of the fastest men on first base gave the Reds an opportunity to gamble, and Thorpe broke for second base in a steal attempt. When Cubs shortstop Rollie Zeider moved toward second base to make a play on Thorpe, Dave Shean’s grounder rolled through the spot Zeider had vacated, and Thorpe advanced to third base on the hit. Then Thorpe scored the game’s first run on Ivy Wingo’s fly ball.

The Cubs evened the score in the bottom of the second. After getting runners on first and third with two outs, they worked a double steal and Merkle, the runner on third, crossed home ahead of the throw with “a perfect hook slide.”5

After the Reds failed to score in the top of the third, the Cubs went to work in their half of the inning, and with Rollie Zeider on second and one out, the stage was set for what Crusinberry described as “the big laugh on Cueto from Cuba.”6

Cubs right fielder Harry Wolter lifted a routine fly ball to left field for what looked like an easy out, but Cueto, perhaps “watching sights in a nearby window,”7 remained in ready position, his hands resting on his knees as he spat toward the earth. “All the players looked on in wonder and the crowd gasped in amazement,” penned Crusinberry. “Mr. Cueto, who they call Cutey, never acknowledged the fly ball.”8 The ball fell six feet to one side of the unfocused outfielder. Center fielder Greasy Neale ran over from his position to field the hit in what was a very strange play. “None of the old fans ever saw it executed and Cueto is a lucky little fellow that he didn’t have his skull cracked,”wrote Crusinberry.9

When the play was over the Cubs had Zeider on third and Wolters was standing on second. Larry Doyle, the next batter,had to wait, for there was a delay in the game. “There was so much laughter that it took time to restore order and continue play,” Crusinberry commented.10

According to Crusinberry, Cueto’s play left no doubt about the outcome of this game. “Cueto’s play put the Cubs in the lead and made the rest of the game a joke,” the sportswriter observed.11 When play resumed, the Cubs quickly capitalized. Doyle laced one to center field, where Neale made a diving catch. Zeider, the runner on third, scored on the play for the Cubs’ second run of the game. Then Fred Merkle singled to score Wolters for a 3-1 Cubs lead.

The Cubs added another run in the fourth when a Reds error, a hit by Wilson on a well-executed hit-and-run play and a hit by Cubs third baseman Charlie Deal scored a run to finish Jimmy Ring’s day. The Cubs tallied two more in the fifth off relief pitcher Scott Perry on two hits, a walk, and another Cincinnati error. Then in the seventh the Cubs made three singles and Mike Prendergast helped his own cause by socking a double in a four-run rally to make it 10-1 Chicago. With a nine-run lead, Prendergast allowed two runs in the top of the eighth. In the ninth he gave up two hits, but worked his way out of the jam without allowing a run for a 10-3 Cubs win, thus ending another unusual day at Weeghman Park. The two teams had combined for 13 runs on 26 hits a day after just one run and two hits were recorded. There were seven errors in the game, and one rare unrehearsed comedy sequenced unintentionally staged by little Cueto of Cuba.