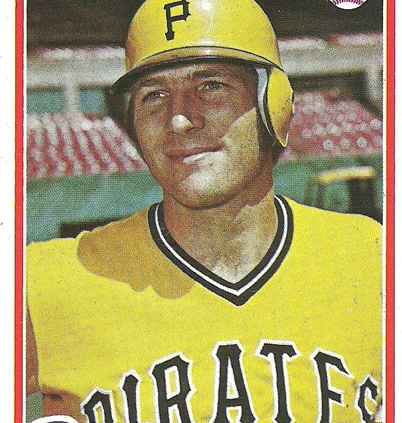 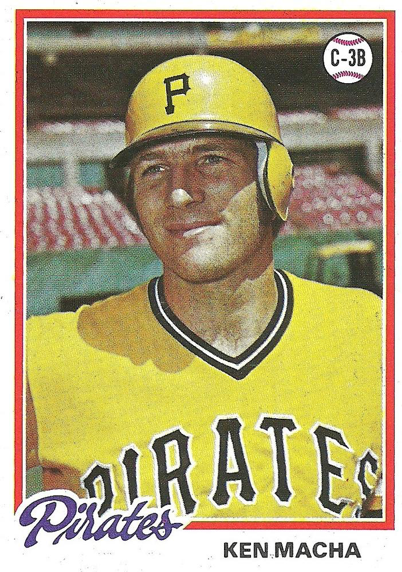 When Willie Randolph hoisted back-to-back World Series trophies with the 1977 and ’78 New York Yankees, or Omar Moreno toasted the World Series title won by his Pittsburgh Pirates in 1979, one wonders if they took a moment to think how far they had come since the day they played for a crowd of 69 people in Quebec City.

That’s right: A paid attendance only slightly larger than the array of players, coaches, batboys, and umpires on the field. And for a doubleheader, no less — 14 innings of Double-A Eastern League baseball.1 From a big-league viewpoint, a turnout that paltry seems unthinkable. But that sort of thing can happen in the minor leagues when ballpark problems combine with wicked weather — as they did in Thetford Mines, Quebec, in the spring of 1974.

The Pittsburgh Pirates’ Double-A affiliate moved from Sherbrooke, Quebec, to Thetford Mines for the 1974 season. It was the first time since 1955 that the asbestos-mining city of about 22,000 residents had fielded an affiliated minor-league team. The city’s old ballpark had been razed, and its new park was not expected to be ready for manager Tim Murtaugh’s2 squad until mid-May because of unfriendly spring weather and the project manager’s death.3 So the team made arrangements to play early games in Plessisville, about 31 miles away.4

Unfortunately, the park at Plessisville wasn’t ready either. When the Waterbury (Connecticut) Dodgers traveled to Quebec to play a series from April 22 to 25, all four games had to be postponed because the substitute field was unplayable. Dodgers manager Don LeJohn vented his spleen in The Sporting News: “There’s a four-foot-deep hole four feet in diameter in the middle of the third base line. The dirt near it is piled six feet high. And I saw no machinery around to fix up the field.”5 (“We thought the field was in better shape than it actually was,” Pirates President Jacques Ferron conceded later.)6

The Eastern League’s Quebec Carnavals, an Expos affiliate, played in Quebec City, a little more than 60 miles from Thetford Mines. The Pirates, scrambling for alternate sites, arranged to use the Carnavals’ 4,500-seat home field, Stade Municipale de Quebec, for a May 5 doubleheader against the Reading (Pennsylvania) Phillies. It was not a perfect solution, as no one in Quebec City cared much about either team, but it beat more postponements.

If the weather had been sunny and warm, perhaps the crowd would have been larger. But raw, wintry weather was the rule that week throughout the Eastern League — to the point that the turnout for the Reading-Thetford Mines doubleheader wasn’t even the smallest crowd of the week.

On May 1 in Pittsfield, Massachusetts, Thetford Mines and the Pittsfield Rangers played to a hardy gathering of 91 on a bitter, windswept night.7 That same night, Reading and the Carnavals canceled the second game of a doubleheader after playing the first game in 28 degrees and snow. (The box score provided to the Reading Eagle newspaper gave no information on attendance. Presumably someone went.)8 A scheduled May 1 doubleheader between Waterbury and the Trois-Rivieres Aigles, a Cincinnati Reds farm team, was also postponed for cold weather.9 And when the luckless Pirates visited the West Haven (Connecticut) Yankees on May 6, only 41 fans showed for a game that was called after seven innings in frigid rain.10 Historic weather data for Quebec City on May 5, 1974, indicates a high of 45 degrees and a low of 26, with winds gusting to 17 MPH — warmer than some recent days, but still shivery.11

Eleven members of the 1974 Thetford Mines team and 10 who played for Reading made the majors at some point, so the soixante-neuf Quebeckers who turned out to see baseball for baseball’s sake on May 5 actually got to see some talent. Future big leaguers in Reading manager Bob Wellman’s lineup included shortstop Fred Andrews, first baseman Larry Fritz, catcher Bill Nahorodny, and starting pitcher Roy Thomas (14-11, 2.59 for the full season).

For the Pirates, center fielder Moreno and second baseman Randolph batted one-two, with catcher Ken Macha, right fielder Tony Armas, shortstop Craig Reynolds, and third baseman Jimmy Sexton batting later in the order. Macha was the star of this talented team: He hit .345 with 21 homers, earned the league’s Most Valuable Player award, and received his first big-league call-up after the Eastern League season ended.12 Murtaugh’s starting pitcher in the first game was left-hander Brad Gratz, a 24-year-old whom Pittsburgh had drafted out of a Michigan high school in 1968. For the full 1974 season, Gratz posted a 5-7 record and a 6.92 ERA, walking 55 and striking out 33 in 65 innings.

With roughly one out of every 65 seats in the ballpark occupied,13 the Phillies and Pirates took the field for the first game and proceeded to play as if they had a train to catch … a warm, snug, comfortable train, perhaps with hot cocoa aboard.

Over the first six innings, Thomas scattered two singles — one to pitcher Gratz and one to left fielder Ken Melvin — walked three, and hit Macha with a pitch. Reading turned a pair of double plays behind him to ease any threats. Gratz, usually plagued by control trouble, allowed the Phillies only two walks and four singles — two by left fielder Willibaldo Quintana, and one apiece by Andrews and second baseman Blas Santana. Thetford Mines turned three double plays of its own to keep Reading at bay. Through 6½ innings, the score was knotted at 0-0.

The game finally thawed during Thetford Mines’ last at-bats in the bottom of the seventh. Thomas began by issuing his fourth walk of the game, to Macha. First baseman John Vance sacrificed Macha to second. Armas, a future American League home-run champion,14 was up next, but he didn’t need a big blow to win it. Instead, he hit a groundball to first baseman Fritz, who misplayed it, allowing Macha to come home with the game’s only run. Thetford Mines collected only two hits in the game, neither of them in the final inning, but squeaked home a run regardless. The game ended in 1 hour and 32 minutes.15

The teams soldiered on with the second half of the doubleheader, and Thetford Mines won that too, 3-2. This completed a frustrating Canadian road trip for Reading. The Phillies went 1-8 north of the border, and seven of those losses were by one run. “When it wasn’t snowing or raining or too cold and they could find a park to use, they went 1-8 in Canada,” the Reading Eagle summarized.16 Although the paper reported that Canadian temperatures “were low enough to drive a tea-totaling [sic] penguin to drink,” manager Wellman found a bright side, noting that the team’s pitchers had played well. He blamed the team’s poor performance on the fact that it hadn’t had batting or fielding practice in eight days — presumably the result of travel and poor weather.17

Reading went on to finish the season 69-66 with one tie, placing third of four teams in the Eastern League’s National Division. Unfortunately for the Phillies, only the top two in each division qualified for the playoffs. Nosing them out were the Carnavals, at 76-64 and one tie, and Thetford Mines, one game back at 75-65. Reading’s season highlight came August 20 when Thomas threw a no-hitter, the fourth of five in the Eastern League that season.18

The Pirates finally got to play in their temporary home at Plessisville in mid-May, though at least one opposing team reportedly refused to take the field there. They opened their permanent park, Stade Bellevue, in mid-June.19 While the park wasn’t open for the first games of the season, it was open for the last. Thetford Mines beat the Bristol Red Sox in the first round of the league playoffs, while the Pittsfield Rangers beat the Carnavals. In a best-of-three final — whittled down from best-of-five because each team was losing money20 — Thetford Mines stomped Pittsfield in the first game, 17-2. And on September 7, in front of a vocal home crowd of 1,217 fans, Thetford Mines beat the Rangers 6-5. The team without a ballpark became the first Canadian team to win an Eastern League championship.21

After all that, the championship game was the Thetford Mines Pirates’ final contest. Pittsburgh moved its Double-A affiliate to Shreveport, Louisiana, of the Texas League for the 1975 season. The Milwaukee Brewers moved their Double-A team from Shreveport to Thetford Mines for 1975, then moved it to Western Massachusetts the following year. Thetford Mines has not hosted affiliated minor-league ball since then.

Neither Baseball-Reference nor Retrosheet provides box scores of minor-league games, but the May 6, 1974, edition of the Reading (Pennsylvania) Eagle published a box score.

1 The Eastern League, like other minor-league circuits, plays seven-inning games in doubleheaders.

2 Tim Murtaugh managed in the Pirates’ farm system from 1971 through 1977. He was a former minor-league catcher and the son of the Pirates’ manager at the time, Danny Murtaugh.

6 “Beating Around the Bush League.”

8 “Reading Gets Cold Treatment,” Reading (Pennsylvania) Eagle, May 2, 1974: 48. The text of the article indicates that a source in Quebec was providing updates to the Pennsylvania paper.

12 List of Eastern League yearly award winners accessed via Baseball-Reference BR Bullpen on October 6, 2020. The page mistakenly refers to Macha’s team as the Thetford Mines Miners, the name used by all of the city’s other minor-league teams. However, the 1974 team was called the Pirates.

13 Based on a ballpark capacity of 4,500, as listed on the Baseball-Reference BR Bullpen page for Stade Municipale, accessed October 5, 2020.

14 Armas led the AL outright in 1984 with 43 homers for the Boston Red Sox and tied with three other players to co-lead the AL in strike-shortened 1981 with 22 homers.

18 List of Eastern League no-hitters on milb.com, accessed October 5, 2020. The other four no-hit pitchers in 1974 were Odell Jones of Thetford Mines, Stan Williams and Curran Percival of Bristol, and Mike Ruddell of Trois-Rivieres.

19 “Beating Around the Bush League.”