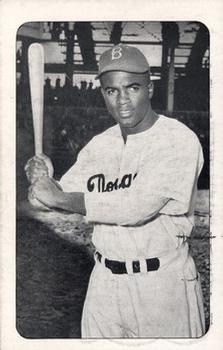 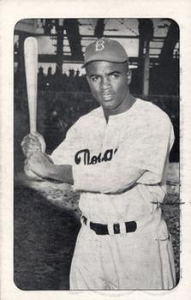 “Jackie has been accepted in baseball, and we of the Philadelphia organization have no objection to his playing and wish him all the luck we can. Baseball is an American game, and there are no nationalities, creeds, nor races involved. Jackie Robinson is an American.”1

This quote, attributed to Philadelphia manager Ben Chapman, was made just before Brooklyn’s series at Philadelphia in early May 1947 and was prompted by Chapman’s verbal abuse of Robinson, in the form of bench-jockeying, during Philadelphia’s visit to Brooklyn earlier in the season. It was, by far, the worst behavior of any of the teams in the league. Chapman maintained that the jockeying was not malicious, saying, “We are not making a target of Robinson. Jockeying from the bench was regular long before I was born.”2

Jack Saunders of the Pittsburgh Courier interviewed Chapman in Philadelphia on April 29, and the Philadelphia manager admitted that before the series in Brooklyn, he had instructed his team to give it to Robinson without restraint. He said he told his players to call Robinson everything and anything they wanted to. He assured him that they had his unswerving support.3

Chapman’s comments appeared in the May 3 issue of the Pittsburgh Courier. Earlier, a fan who had been at the games in Brooklyn had contacted the commissioner’s office. Criticism of Chapman’s Phillies also came from Walter Winchell who commented on their antics during his May 4 radio broadcast. The next day Commissioner Happy Chandler issued an order restraining the Phillies from using “vicious un-American racial remarks” against Robinson.4

The order was delivered to the Phillies’ general manager, Herb Pennock, by Walter Mulbry, secretary-treasurer in the commissioner’s office. Mulbry said that “Mr. Chandler said that no favors should be granted Robinson from the bench, but there is a limit to everything and he thought that hurling racial epithets was beyond that limit.”5 A photographer had Chapman and Robinson pose together, as if there were no tensions, and the photograph appeared in the Philadelphia Inquirer on May 10.

Tensions were high in the early weeks of the season. Robinson was receiving a two-man police escort when leaving the ballpark. An article by Stanley Woodward in the New York Herald Tribune indicated that the Cardinals had threatened to strike rather than play against Robinson. Although Cardinals owner Sam Breadon and manager Eddie Dyer denied the claim, they spoke, per orders from National League President Ford Frick, to their ballplayers.6 Frick said that Robinson had the full backing of the National League and that any unwarranted persecution of him would result in severe disciplinary action against the offenders.7

Jackie Robinson had been with the Brooklyn Dodgers for less than a month when the team visited Philadelphia to play the Phillies on May 9, 1947. He was quartered in housing apart from that of his teammates.8 No sooner had the Dodgers arrived than it was revealed that Robinson had been on the receiving end of poison-pen letters from anonymous sources essentially implying that Robinson should get out of baseball – or else. Two of the letters, each containing a fictitious return address, were turned over to the police by Arthur Mann, assistant to Dodgers President Branch Rickey.

It was Brooklyn’s first visit of the season to Philadelphia. The 22,680 fans attending the May 9 contest at Shibe Park applauded Robinson in each of his trips to the plate. They were treated to a close game with the home team winning 6-5 in 11 innings when Emil Verban doubled over the head of Pete Reiser in center field to score Andy Seminick, who had walked and gone to second on a bunt by Lee Handley, with the game-winner. The fans were also treated to Robinson’s best game to date.

“There was an inning that should be embalmed in Cooperstown.”

The Phillies jumped out to an early lead with five second-inning runs. Wildness by Dodgers starter Hal Gregg was a major factor in the big inning. Walks to Del Ennis and Seminick put runners on first and second with none out. Gregg threw Lee Handley’s comebacker into right field trying for a force at second base. Ennis scored the first run of the game, and Seminick went to third base. Verban followed with a liner off the pitcher’s shin that went for an infield hit, scoring Seminick. Philadelphia pitcher Oscar Judd then laid down a perfect bunt that loaded the bases. Skeeter Newsome walked to force Handley home, and Philadelphia had three runs without the benefit of a batted ball having traveled more than 60 feet.

Gregg was replaced by Ralph Branca, who poured gasoline on the fire by walking Harry Walker, forcing in Philadelphia’s fourth run. Branca struck out Johnny Wyrostek for the first out of the inning, but walked Nick Etten, bringing home the fifth run. The inning came to an end when Ennis hit into a 6-4-3 double play.

The Dodgers had seven innings in which to close the gap. In the fourth, Brooklyn scored its first run. Robinson doubled to right-center, bringing the crowd to its feet, advanced to third on a fly ball by Reiser and came home on a groundball by Dixie Walker. Branca found his rhythm and retired 15 of the 16 batters he faced in innings three through seven. The score remained 5-1 until the Dodgers came to bat in the eighth inning.

Spider Jorgensen led off the eighth with an infield hit and Pee Wee Reese walked. Howie Schultz batted for Branca and hit into a double play. Eddie Stanky’s hard grounder to third was handled by Handley on a great play, but Handley’s throw to first was in the dirt and eluded first baseman Etten. Stanky was awarded a single and Jorgensen crossed the plate with the Dodgers’ second run. Robinson’s second hit of the game went to center field, and Reiser’s double to left-center sent Stanky and Robinson home, making the score 5-4. Philadelphia made a pitching change, bringing in Dutch Leonard to replace Judd. Dixie Walker’s single tied the score, but further damage was avoided when Leonard retired Carl Furillo on a groundball.

Hugh Casey succeeded Branca on the mound. He had not been scored upon in six of his seven outings and had two wins and four saves to show for his efforts. Casey retired the Phillies in order in the bottom of the eighth. Leonard mowed down the Dodgers in the ninth, but the Phillies mounted a threat in the home half of the inning. Lee Handley singled to right field to lead off. Emil Verban bunted toward first base and Robinson charged, grabbing the ball before it hit the ground and throwing a bullet to second baseman Ed Stanky covering first, doubling off Handley. Casey struck out Leonard to end the inning, and the game went into extra innings.

There was no scoring in the 10th, and Leonard, in his third inning of relief, put the Dodgers down in order in the 11th inning, setting up the opportunity for Philadelphia to win the game in the bottom of the inning on Verban’s double.

The win went to Leonard, bringing his record to 4-1. Casey’s record went to 2-1.

Robinson, who had ended April with five hitless games (0-for-18) that saw his batting average plummet from .409 to .225, was rebounding. His 2-for-5 performance on May 9 marked the fifth consecutive game in which he hit safely, and that streak eventually became 14 consecutive games. He surpassed that streak with a 21-game hitting streak from June 14 through the first game of a July 4 doubleheader. He finished the season with a .297 batting average, led the National League with 29 stolen bases, finished fifth in the MVP balloting, and easily won the Rookie of the Year Award. He played with the Dodgers through 1956, was named National League MVP in 1949, was named to six All-Star teams and entered the Hall of Fame in 1962.

Pitcher Branca, who stopped the bleeding on May 9, went on to have his best season with the Dodgers, finishing at 21-12 with a 2.67 ERA.

Schultz’s pinch-hitting appearance in the eighth inning was his last at-bat with the Dodgers. The next day the Dodger first baseman was sold to the Phillies for $50,000.

The loss caused the Dodgers to drop from first to third in the standings, one game behind the Braves and Cubs, who were tied for first. But the Dodgers went on to win the National League pennant before falling to the Yankees in the World Series.

In addition to the sources shown in the Notes, the author used Baseball-Reference.com and the following: