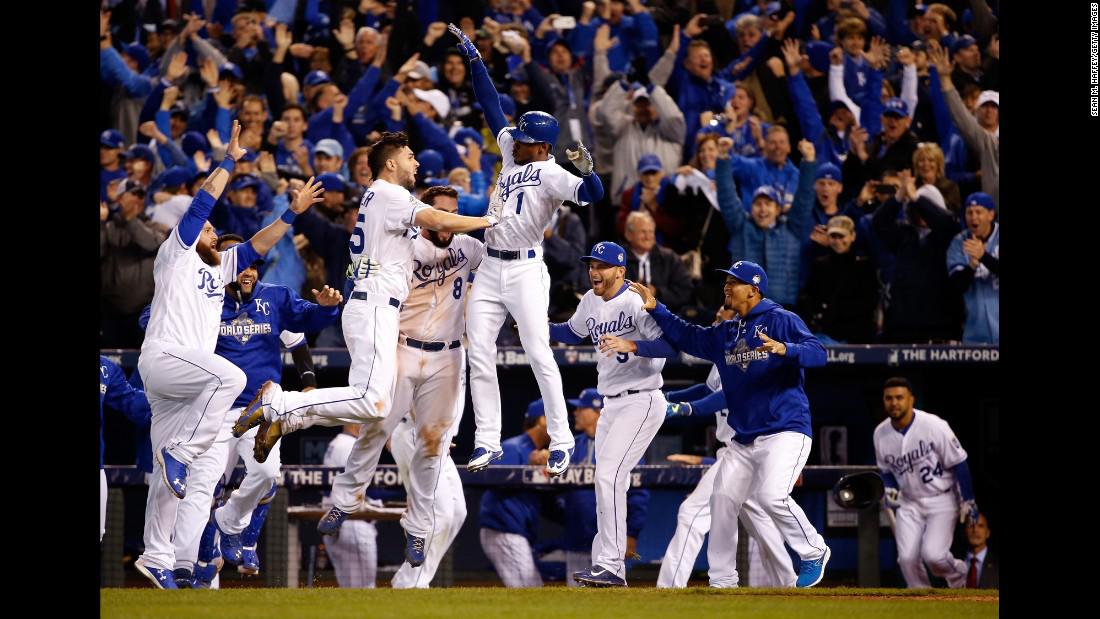 The New York Mets had their backs to the wall after a disappointing loss in Game Four of the 2015 World Series. They were ahead in that game through the seventh inning and lost it on costly mistakes that had shaken their confidence.

The Royals’ confidence, meanwhile, was growing. They needed to win just one more game to claim their first world championship since 1985. The Royals were also looking to redeem themselves after losing the 2014 World Series in seven games to San Francisco. “We think about (the 2014 World Series) quite often. I just think everyone kind of relates back to that and relates to how much that hurt,” Royals first baseman Eric Hosmer said at the start of the 2015 championship series.1

Mets manager Terry Collins chose his young star Matt Harvey to pitch the fifth game. Harvey’s presence fired up the home crowd. As the Mets took the field after the introductions, The Connecticut native sprinted from the dugout and raced to the mound ahead of his teammates. He picked up the baseball as chants of “Let's Go Mets!” filled Citi Field.2

Harvey struck out the Royals’ leadoff batter, Alcides Escobar, who had created difficulties for the Mets throughout the Series. Ben Zobrist then flew out to center field. Lorenzo Cain singled and stole second base on Harvey’s first pitch to Hosmer. But Harvey then struck out Hosmer on five pitches for the third out. As he walked off the mound, Harvey pumped his fists and yelled along with the sellout crowd.3

The Royals’ starter, Edinson Volquez, had pitched masterfully in the first game of the Series. He learned afterward that his father, Daniel, had died earlier in the day. Volquez flew to the Dominican Republic the next day for the funeral. He rejoined his teammates just before the start of Game Four.4

The Mets grabbed the lead in the bottom of the first inning. Curtis Granderson hit Volquez’s third pitch over the right-field wall for a solo home run to give the Mets a 1-0 lead.

Harvey pitched masterfully most of the evening. The Royals put a single runner on base in the first three innings, but Harvey shut down any run-scoring hope each time. When Harvey struck out the heart of the Royals’ batting order in the fourth inning (Cain, Hosmer and Mike Moustakas), the crowd of 41,165 stood on its feet and went wild. Harvey, who had gotten Moustakas to swing vainly at a 98-mph fastball, shook his fist and let out a loud scream before walking off the mound.5

Harvey fanned three more batters in the fifth inning. The last two, Alex Rios and Volquez, struck out looking on fastballs.6 Harvey kept the Royals off balance through the first eight innings, using all four of his pitches (fastball, curveball, slider, and changeup).

The Mets scored again in the bottom of the sixth inning. Volquez walked Granderson to start the inning. Granderson moved to second on a David Wright single and then reached third when first baseman Hosmer couldn’t handle a Daniel Murphy groundball. Granderson scored on Lucas Duda’s fly to center field. The Mets were up 2-0.

When Harvey got the Royals out in order in the eighth inning, the Mets and their fans could taste a win. Harvey had given a performance that the Mets desperately needed to avoid elimination. He had nine strikeouts and had allowed just three hits.

As Harvey sat in the dugout in the bottom of the eighth inning, the television cameras caught telling Collins, “No way! No way!” as the manager and pitching coach Dan Warthen told him they were thinking about letting closer Jeurys Familia handle the ninth.7

“He just came over and said, ‘I want this game. I want it bad. You've got to leave me in,’” Collins said after the game. Harvey said afterward, “(G)oing into the ninth, I felt great. I felt like my mechanics, everything was right where I wanted it to be. As a competitor and as a person, I always want the ball. That's what I’ve said all year long. In this situation, I wanted the ball.”8 (Harvey made 29 starts during the regular season in 2015 and did not pitch a complete game. Up to this point in his career, he had started 65 games and had finished just one of them. Harvey also had started three postseason games before Game 5 and had not thrown a complete game.)

Harvey ran to the mound for the ninth as the crowd roared “Har-vey, Har-vey.” He battled Cain to a 3-and-2 count before finally walking him. Collins didn’t move and allowed Harvey to face the next batter. After Cain stole second base, Hosmer hit a double that scored Cain and cut the Mets lead to one run. “I let my heart get in the way of my gut,” Collins said of his decision to let Harvey pitch the ninth inning.9

Collins now went to his bullpen and Familia trotted to the mound. Moustakas took two balls from Familia before hitting the third pitch, a groundball that moved Hosmer to third base.

Salvador Perez then hit a groundball to Wright at third. Wright looked at Hosmer to keep him from running before throwing out Perez at first. As soon as Wright threw the ball, Hosmer took off for home. Duda’s throw from first base sailed to the right of catcher Travis d’Arnaud, Hosmer scored and the game was tied. “You have to tip your hat. It took a lot of (guts) for him to make that play,” Duda said afterward.10 The Citi Field crowd that had been so noisy all night was suddenly silent.

The Royals bullpen continued to shut down the Mets. K.C. relievers would limit New York to just one more hit, a two-out single in the bottom of the 12th inning.

In the top of the 12th, the Royals exploded. Addison Reed had taken over the pitching duties for the Mets. The first batter he faced, Perez, singled. Jared Dyson pinch-ran for Perez and immediately stole second base. Alex Gordon grounded out to Duda, and Dyson moved to third. Christian Colon singled for his first postseason hit, to score Dyson. Murphy made an error on Paulo Orlando’s grounder, giving the Royals runners at first and second. Escobar then doubled to drive in another run.

After Reed intentionally walked Zobrist to load the bases, Collins brought in Bartolo Colon from the bullpen. Colon promptly gave up a double to Cain that cleared the bases. When Colon finally got the third out, the Royals were up 7-2.

Wade Davis, the Royals’ closer, came in to pitch the bottom of the 12th. Davis had thrown two scoreless innings the previous night for the save. He got the first two batters he faced, Duda and d’Arnaud, to strike out swinging at his fastball. After giving up a single to Michael Conforto, Davis struck out Wilmer Flores. The Royals won the 2015 World Series, redeeming their heartbreaking loss the previous year.

After the last 95-mph fastball from Davis whistled into backup catcher Drew Butera’s glove, the team ran to the mound to celebrate. Thousands of miles away, fireworks popped in Kansas City and fans ran through the streets.11

“We never quit,” Perez said as the champagne poured in the locker room. “We never put our heads down. We never think about, ‘OK, the game is over.’ No. We always compete to the last out.”12 As the Royals celebrated their first championship in 30 years, Mets manager Collins stated his feelings about the game to reporters: “I’m going to second-guess myself for a long time. I won’t be sleeping much the next couple of days, I’ll tell you that.”13 There would be no second-guessing for the Royals this year. There would just be a celebration.

In addition to the sources cited in the Notes, the author also used the Baseball-Reference.com and Retrosheet.org websites for box score, player, team, and season pages, pitching and batting game logs, and other pertinent material.