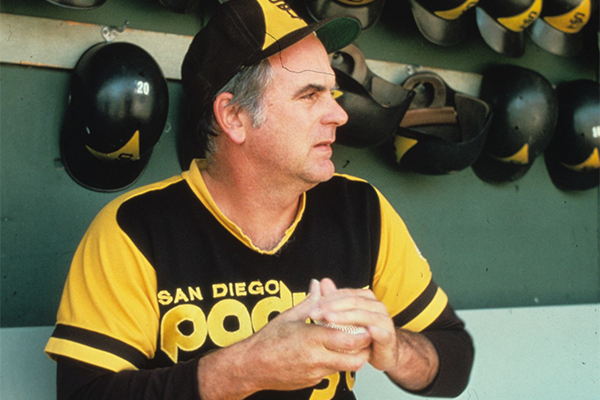 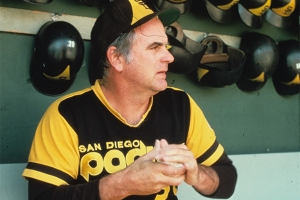 “The game will go down in the history of the San Diego Padres as perhaps one of the most dramatic ever played. Gaylord Perry, in the final game of the 1978 season against the Los Angeles Dodgers, accomplished a feat that only two other pitchers in the history of baseball before him were able to do.”1

This game, played on Sunday afternoon, October 1, was the last game of the 1978 season. It was Fan Appreciation Day and a crowd of 37,185 turned out. This game marked the conclusion of the Padres’ 10th major-league season. Over this 10-year span the team had lost almost 60 percent of those games — but this day’s extra-inning win concluded the Padres’ first winning season. With a record of 84-78 (.519) they finished in fourth place, 11 games behind the West Division leaders, the Los Angeles Dodgers.

The Padres’ Gaylord Perry, at 21-6, was going up against the Dodgers’ Don Sutton with a record of 15-11. Perry was on his way to a Cy Young Award for the season and started the game with a career mark of 2,991 strikeouts. The trouble was that the fans — and the local media — thought Perry was actually at 2,990 career strikeouts.

This meant that the journey to 3,000 that was being watched over the course of the game was predicated on the wrong career strikeout number. What follows is the story of the game as viewed by fans at the game, and by the local media as reported the next day in the news.

While not part of the publicized activities, this game also featured a pregame surprise for the fans. The Padres’ shortstop, Ozzie Smith, was finishing his rookie season and decided before the game to perform a backflip as he went to his position in the first inning. While fans may have noticed the flip, no one in the media apparently paid any attention.

Meanwhile, Perry started strong with seven strikeouts through the first four innings, by which time the Padres led 3-1.

With the National League Championship Series looming in three days, Dodgers manager Tommy Lasorda began resting his starting lineup in the bottom of the third inning. In the bottom half of the fifth, it was left fielder Dusty Baker’s turn to take a rest when 26-year-old Joe Simpson, a Dodgers September call-up, took over with the score 3-2 in favor of the Padres.

The game progressed into the sixth inning and the San Diego Stadium scoreboard kept the crowd aware of Perry’s march toward history as he rang up strikeout number 2,998. Reporter Dan Berger, in the next day’s San Diego Union, noted that the tension started to mount when “the scoreboard flashed the word to the assembled. The word was 2,998.”2 In reality the tally was off by one, and the number flashed should have been 2,999.

There were no Dodgers strikeouts in the seventh and the game entered the eighth with the score remaining 3-2. With everyone believing Perry was still at strikeout number 2,998 after one out, Joe Simpson came up with the bases empty. Into this at-bat Simpson had a career batting average of .194 in 62 plate appearances. With two strikes on him, he obliged Perry with a swing and miss and Perry’s strikeout total now was said to stand at 2,999. In reality, it was strikeout number 3,000.

After Simpson’s strikeout the Dodgers went on to tie the game, 3-3. Neither team scored in the eighth inning. The Dodgers came up in the ninth and Perry continued to put the crowd in “delightful agony” as fans were aware of a potential history-making strikeout.3 The Dodgers did not comply as they went down without a score and without a strikeout. It appeared likely that Perry would exit the game with a presumed 2,999 strikeouts.

In the bottom of the ninth the Padres rallied and the game’s end looked imminent. With one out they loaded the bases with Perry scheduled to bat. Perry had gone nine innings already and a deep fly ball or hit would win the game, so the situation called for a pinch-hitter. However, manager Roger Craig decided to stay with Perry — who had a .093 batting average for the season. After the game Craig admitted wanting to try to help Perry get strikeout number 3,000.4 So he left Perry in the game. Craig also figured that if Perry was successful in getting the run home, he would pick up the win — number 22 for the year — which would cinch his chances of receiving the National League’s Cy Young Award.

The drama ended quickly as Perry grounded into a pitcher-catcher-first double play … and the game went into extra innings.

Due up for the Dodgers in the top of 10th inning were Manny Mota pinch-hitting for reliever Rick Sutcliffe, Jerry Grote, and Simpson again. Both Mota and Grote went to two-strike counts but neither contributed to Perry’s strikeout total, Mota flying out and Grote grounding out. That brought up left-fielder Joe Simpson — who was Perry’s last strikeout victim, in the seventh inning.

Perry “tantalized” the crowd by getting two strikes on Simpson.5 His next pitch was on the outside corner and Simpson looked at it while home-plate umpire Lee Weyer signaled it a strike. With that pitch Perry had ended the inning with his 10th strikeout of the game and what all understood to be career whiff number 3,000.

The scoreboard announced the historic event with the large number “3000.” Anyone not aware of the milestone being achieved might have thought the Padres had won the pennant. “There was a 2½-minute standing ovation. … His teammates poured onto the field to pound his back.”6 Perry had become the third major leaguer to achieve 3,000 career strikeouts.

The game continued and the Padres did not score in their half of the 10th. The 11th inning arrived and reliever Rollie Fingers came in for the Padres. The Dodgers managed a hit and a walk but were not able to push across a run. Up came the Padres and Dave Winfield led off with a double to left field. A sacrifice moved him to third base and pinch-hitter Oscar Gamble came through with a single to end the game with Winfield scoring and the Padres winning, 4-3.

Rollie Fingers picked up his sixth win of the season to go with a league-leading 37 saves that were good enough for him to win the league’s Rolaids Relief Man of the Year and The Sporting News Fireman of the Year Awards.

Going into 1978, the 3,000-strikeout club included only two pitchers: The first to reach that plateau was Walter Johnson in 1923. It took 51 years before a second pitcher joined the ranks with Bob Gibson getting number 3,000 in 1974. It took another 14 years before Perry achieved that number on October 1.

As for Ozzie Smith, the game articles the next day had no mention of his backflip.

Years later Smith offered background on the backflip. He said the idea for one started in spring training when he had been “goofing around … doing some flips.”7 Catcher Gene Tenace noticed him doing the flips and told Smith he would like him to do it sometime during the season when his daughters could see him perform it. The timing finally came together when Smith learned that Tenace’s daughters would attend the season’s last game. After being urged on by Andy Strasberg, the Padres promotion director, Smith decided to do the backflip on his way out to the field at the top of the first inning.

The backflip became so much a part of Smith’s career that words on his Hall of Fame plaque note his “trademark backflip.”8

Fast-forward 40-plus years and looking back at this game, it does not rise up to the importance that some thought it would have back on that day in October 1978. Yet at the time, it was a very entertaining game — a memorable one even — and matched two starting pitchers who both would go on to win over 300 games, strike out more than 3,500 batters, and be inducted into the National Baseball Hall of Fame.9 The game was memorable in another aspect: There were seven Hall of Famers active in the two dugouts, six on the Padres side and one for the Dodgers.10

As for the factual error on Perry’s strikeouts, the record books got it right even though the team and local media were wrong. The mistaken count did not change two important aspects of the record strikeout: The batter was Joe Simpson and it occurred on October 1, 1978.

6 Berger. Despite the timing of the ovation, everyone present had indeed witnessed a very special moment in baseball history. And it was indeed Simpson whom Perry had struck out for number 3,000.

9 In a curious and ironic twist in the Padres’ history, what turned out to be a memory of equal — or more — importance from the game would be Ozzie Smith’s first backflip and not Gaylord Perry’s career number 3,000 strikeout.

10 Of the seven, only one was a Hall of Famer at the time, Padres’ coach Billy Herman. Six others would go on to be inducted (in order by year of induction): Perry, Fingers, Lasorda, Sutton, Winfield, and Smith.