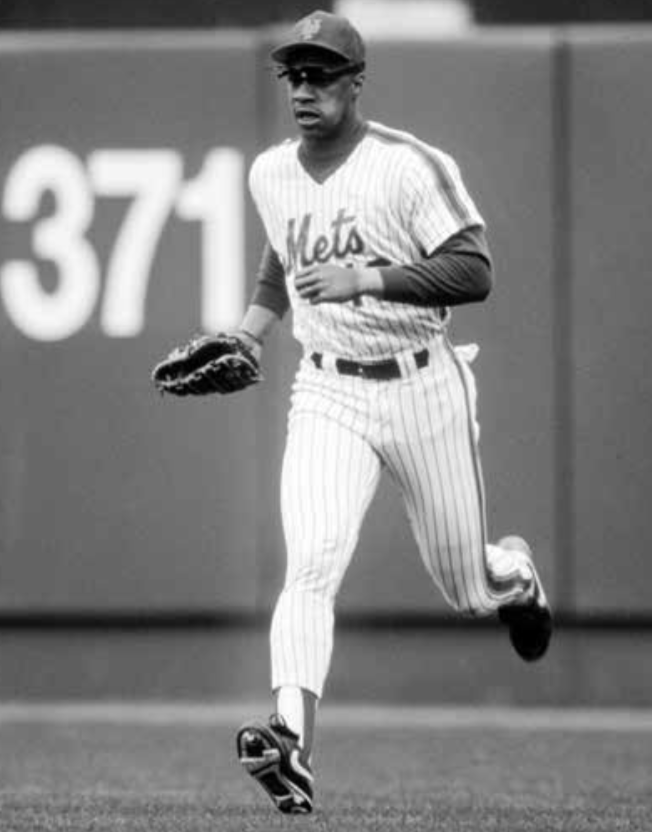 The New York Mets entered the 1985 season looking to build on their success (second-place finish in the NL East) under manager Davey Johnson the year before. Indeed, the Mets became embroiled in a battle for the division title for most of the season, and ultimately it came down to a two-team race between the New Yorkers and the St. Louis Cardinals. The extra-inning game between these two rivals on October 1 contributed to the end-of-season excitement, with Darryl Strawberry hitting one of the most dramatic home runs of his career to capture the much-needed win for the Mets.

The Mets had relinquished their division lead to St. Louis on September 14 and were desperate to stay in contention down the stretch. They managed to do just that, as they entered a three-game series with the Cardinals that began on October 1. A Mets sweep would put them in a tie for first place, with three games remaining after that.

The game was played at night in St. Louis’s Busch Stadium before a crowd of 46,026. Cardinals manager Whitey Herzog and Mets manager Johnson played a poker game involving their starters, both skippers wanting to avoid a contest between their number-one pitchers during the series. With pitcher Ron Darling next up in the Mets rotation, Johnson decided to stick with him over Dwight Gooden, his ace, to start the first game. Herzog countered with his ace, John Tudor. Johnson said before the game, “Whitey knew all along I was going to start Darling. I’ve got to win three games here, not one. I don’t have the luxury of changing around my rotation at this point.” Saying, “I’m not conceding the next game to Gooden,” Herzog figured that the Cardinals just needed to win two games in the series to be in position to win the division.1

Tudor, the second-best pitcher in the National League behind Gooden, had won 19 of his last 20 decisions, and sported a 2.04 ERA. He was seeking a record-tying 11th shutout for a left-hander.2 In his last outing against the Mets, on September 11, he posted a 10-inning, three-hit shutout win. Darling’s record wasn’t too shabby either; he had 16 wins (including his last six in a row since August 14) and a 2.94 ERA going into the game.

Tudor and Darling locked into a pitcher’s duel for nine innings. For some fans, the game to this point might have been considered boring. But the best drama would follow.

The right-handed Darling was especially efficient as he allowed more than one baserunner in only two innings. With the aid of a caught-stealing play (second inning) and a double play (seventh inning), Darling escaped run-scoring threats by the Cardinals. Altogether he gave up only four hits and three walks in his nine-inning stint. As for Tudor, he held the Mets to six hits in his 10 innings on the mound.

The seventh inning was the only time a batter for either team reached third base during the two starters’ outings. The Mets had their first real chance to score in that inning. With one out, Tudor allowed a single to Ray Knight and a double to Rafael Santana, whose one-hop liner struck Tudor’s foot and bounced past first base into foul territory down the right-field line. Darling, hitting next, didn’t execute on a suicide-squeeze play, and Cardinals catcher Darrell Porter caught pinch-runner Howard Johnson in a rundown. Darling fouled out to end the threat.3

The Cardinals had their best chance for a run in the bottom of the inning on Terry Pendleton’s double and a walk to Mike Jorgensen. But Ozzie Smith grounded into a double play to end the inning.

Tudor pitched the top of the 10th inning for the Cardinals before exiting the game for a pinch-hitter.

Left-hander Jesse Orosco came on in the 10th in relief of Darling, who had been lifted for pinch-hitter Tom Paciorek in the top of the inning. After retiring leadoff batter Pendleton on a pop foul to the catcher, Orosco walked Cesar Cedeno, who stole second base. Orosco struck out Ozzie Smith, then issued an intentional walk to Tito Landrum, pinch-hitting for Tudor, in order to get to Vince Coleman, who had been hitless against Orosco in his last 15 at-bats. Cardinals manager Herzog sent Jack Clark, who was still recovering from a torn rib muscle, to the plate to pinch-hit for Coleman. Orosco retired Clark on a fly ball to right field to end the inning.4

Left-hander Ken Dayley relieved Tudor in the top of the 11th inning. The month of September hadn’t been particularly kind to Dayley, who suffered two blown saves and a blown lead while losing two decisions among his 10 outings.

Dayley’s fortunes appeared to be changing when he struck out Keith Hernandez and Gary Carter to start the inning. But then Darryl Strawberry hit a towering drive that hit the digital clock in right field, estimated at 440 feet from home plate.5 While the fans may have been bored for 10 innings, those who stuck around until the 11th witnessed one of the most dramatic home runs in Strawberry’s career. After the game Strawberry said, “It’s a mistake pitch. A hanging curve. You want to be up there in that situation, you want to help, you’re happy that a guy like Tudor is gone, you suddenly see it there.”6

Orosco returned to the hill for the bottom of the 11th. Apart from Mookie Wilson’s error on a fly ball, Orosco had no trouble retiring the Cardinals to clinch the 1-0 victory for the Mets.

The New Yorkers were able to stay alive, reducing the Cardinals’ lead to two games. Davey Johnson’s pitching plans appeared to be working when Dwight Gooden shut down the Cardinals the next day, 5-2, to pull the Mets to within one game of the Cardinals. However, the Mets’ hopes for gaining a first-place tie were dashed in the third game of the series when they lost, 4-3.

The Cardinals clinched the East Division title when they took two games from the Chicago Cubs in the last series of the season. The Mets didn’t help themselves, losing two of their remaining three games to the Montreal Expos.

The Cardinals went on to win the National League pennant, but lost to the Kansas City Royals in the World Series.

Strawberry did his part during the last nine games of season to keep the Mets in contention by getting 11 hits, including four home runs. The slugger finished the season with 29 home runs, 79 RBIs, and a team-leading .947 OPS. He missed considerable playing time when he required surgery on May 11 for a tear of an inner ulnar collateral ligament on an elbow of his throwing arm and wasn’t able to return until June 28. During that stretch, the Mets had a 20-23 record. After he returned from the disabled list, the Mets posted a remarkable 60-33 record.7 Perhaps had he not missed all that time, the Mets would have been in a different position going into the last few weeks of the season.

The Mets finished the1985 season with the second-best record (98 wins) in their history, so their final outcome was devastating to their rabid fans. It was the second year in a row that they finished in second place in the division. Davey Johnson, in his second season at the helm of the team, said about the season, “I’m disappointed, very disappointed. I feel like the bridesmaid, never the bride.”8 However, they would make up for their disappointing finish by winning the East Division in 1986 and advancing to the World Series against the Boston Red Sox.