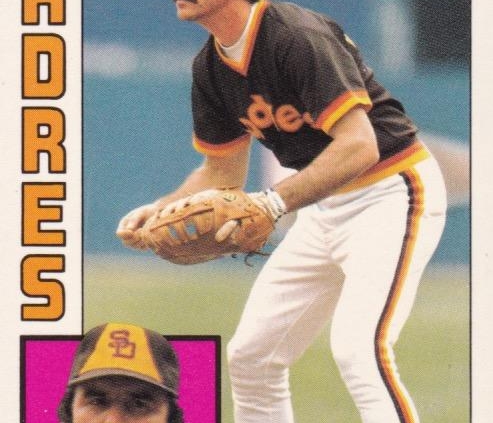 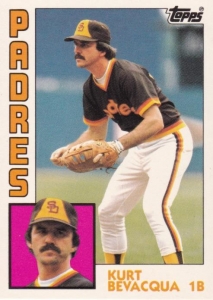 The San Diego Padres have been in existence since 1969 and as of 2018 had played nearly 8,000 games but just nine games in the World Series. Of those nine games, fans of the Padres have only one World Series game victory to celebrate. That victory came at home in Game Two of the 1984 World Series.

Managed by Dick Williams, the 1984 Padres finished with a record of 92-70, winning the National League’s West Division by 12 games over the Atlanta Braves. It was a truly dominating season, as the Padres took over the division lead for good on June 9 and were in first place for 138 days during that year. The Padres were paced by All-Star right fielder Tony Gwynn in the first full season of his Hall of Fame career and got great contributions from closer Rich “Goose” Gossage, youngsters Kevin McReynolds and Carmelo Martinez, and veterans Steve Garvey and Graig Nettles. In the National League Championship Series, the Padres edged past the East Division champion Chicago Cubs with each team winning their home games in the five-game series. The NLCS Most Valuable Player was Garvey who went 8-for-20 with 7 RBIs to lead the Padres into the World Series for the first time.

San Diego’s opponent from the American League was the Detroit Tigers. Sparky Anderson’s squad, which finished a baseball-best 104-58 and swept the Kansas City Royals in the American League Championship Series, came to San Diego for Game One on October 9. The Tigers won, 3-2, on a masterful complete game by ace Jack Morris supported by a two-run home run by left fielder Larry Herndon.

As the time for Game Two approached on Wednesday, a capacity crowd of 57,911 streamed into Jack Murphy Stadium. Joining the Padres fans in attendance was former President Gerald Ford. Greeting them on the scoreboard was the face of late owner Ray Kroc with one of his favorite sayings, which the Padres faithful hoped applied to their team as well: “Dreams can come true.”1 Right-hander Ed Whitson (14-8, 3.24 ERA) took the mound for the Padres. Whitson had won the do-or-die third game of the NLCS for the Padres, holding the Cubs to one run in eight innings.

From the umpire’s call of “Play Ball!” it was clear that the Tigers were not going to be so compliant with Whitson. Detroit’s dangerous 1-2 punch of Lou Whitaker and Alan Trammell led off the game with back-to-back singles. Kirk Gibson followed with a run-scoring single and stole second, Lance Parrish scored Trammell on a sacrifice fly into the Padres’ bullpen in left-field foul territory, and Darrell Evans brought Gibson home with another single. After a pop fly and another single to Johnny Grubb, Williams had seen enough. Whitson’s first (and, as it would turn out, only) World Series start ended with two-thirds of an inning pitched, five hits given up (all singles), and his team in an early 3-0 hole. Williams called on swingman Andy Hawkins to stop the damage and keep the Padres in the game. Hawkins had worked in relief in Game One, giving up one hit in 2⅔ innings. Hawkins induced a Chet Lemon groundball to end the half inning.

In the home half of the inning, the Padres faced the Tigers’ Dan Petry. The first two men, Alan Wiggins and Gwynn, reached on a bunt single and a walk. Steve Garvey’s sacrifice and Nettles’ sacrifice fly scored Wiggins but that was all the Padres could manage. Hawkins threw perfect innings in the second through fifth. The Padres got a runner on in the second and third innings, but no significant threats emerged as Petry settled in as well. In the bottom half of the fourth, Padres designated hitter Kurt Bevacqua2 led off. Bevacqua was a 37-year-old utility player who was mostly used as a corner infielder or pinch-hitter. He had played for six teams in his 14-year career3 and was in his second stay in San Diego. “I’ve been so many places,” he said, “I have my own ZIP code.”4 In 59 games and 95 plate appearances for the Padres in 1984, Bevacqua had hit .200/.326/.275 and had one home run. In fact, he had only 24 home runs in a major-league career that began in 1971. He would not have figured to be the best candidate for offensive heroics in the World Series. Bevacqua’s true heroics would come later. In the fourth inning, however, he led off with a single, took third on Garry Templeton’s one-out single, and scored on a fielder’s choice groundball to shortstop by Bobby Brown, cutting the Tigers’ lead to 3-2.

Hawkins’ perfect fifth continued his streak of setting down the first 13 batters he faced after relieving in the first inning. He was giving the Padres time and it was time for the bats to do their job.

Garvey led off the bottom of the fifth as Petry had to face San Diego’s 3-4-5 hitters. Garvey flied out to center, but Graig Nettles walked. Terry Kennedy followed with a single on a tough groundball to Tigers second baseman Whitaker. Bevacqua stepped in. He took a strike but did not take a second one. He drove Petry’s second pitch, a belt-high slider, into the first row of seats in left field to drive in three runs and put the Padres up, 5-3.5 Bevacqua knew it was gone from the moment he hit it and put both his arms up and danced around first base before continuing his trot. The Padres had their first-ever World Series lead. Anderson brought in Aurelio Lopez to relieve Petry and he ended the inning. Hawkins gave up a single to Gibson to lead off the sixth but faced the minimum again as Gibson was eliminated in a line-drive double play off the bat of Darrell Evans to end the inning and complete Hawkins’ outing. He had faced 16 batters in 5⅓ innings pitched, striking out three, and giving up just one hit. It was all his manager could have asked of him.

The Tigers turned to another reliever in the sixth, bringing in Bill Scherrer to face Gwynn, Garvey, and Nettles. He gave up a single to Gwynn but picked him off and retired the other two for a quick inning. In the Tigers’ half of the seventh, the Padres manager turned to lefty Craig Lefferts, who set down the Tigers in order. Scherrer and Doug Bair combined to strand one Padres baserunner in the home seventh and Lefferts came back with a clean top of the eighth as the tension built. In the Padres’ half of the eighth inning they were retired 1-2-3 by Willie Hernandez, setting up a top of the ninth with the home team still clinging to the 5-3 lead bought by Bevacqua’s blast.

Lefferts took the mound again for the Padres and prepared to face Detroit’s 4-5-6 hitters, Lance Parrish, Darrell Evans, and Larry Herndon. The 35 pitches he had thrown to that point did not hold him back. Parrish battled Lefferts through a seven-pitch at-bat but was out on a called third strike. Evans did not leave the call in home-plate umpire Larry Barnett’s hands as he struck out swinging on five pitches. Larry Herndon stepped in trying to keep the game going, pinch-hitting for Ruppert Jones. He swung at the first pitch and popped it foul behind first base. Wiggins made the long run from his position at second base and squeezed the final out, securing the first World Series game win for the San Diego Padres.

After a travel day on Thursday, October 11, the Series moved to Detroit for Games Three, Four, and Five. The Tigers won all three of their home games and the World Series was not to return to San Diego until 1998, when the Padres were swept by the New York Yankees.

In addition to the sources cited in the Notes, the author also used YouTube.com, Baseball-Reference.com, and Retrosheet.org.

2 Yes, you read that correctly. There was a DH in a World Series game in a National League ballpark. When the DH was introduced in the American League in 1973, there were no designated hitters at all in the World Series. Beginning in 1976, the DH was used in the entire Series (in both ballparks) in even-numbered years. This practice lasted through 1985, when the current format of using the DH only in American League ballparks was instituted. This rule likely allowed Bevacqua to be in the lineup and in position to play the hero.

3 One team not included in that number was the Cincinnati Reds. Bevacqua started his professional career in the Reds organization but was cut during spring training 1971 by manager (and 1984 Tigers manager) Sparky Anderson.